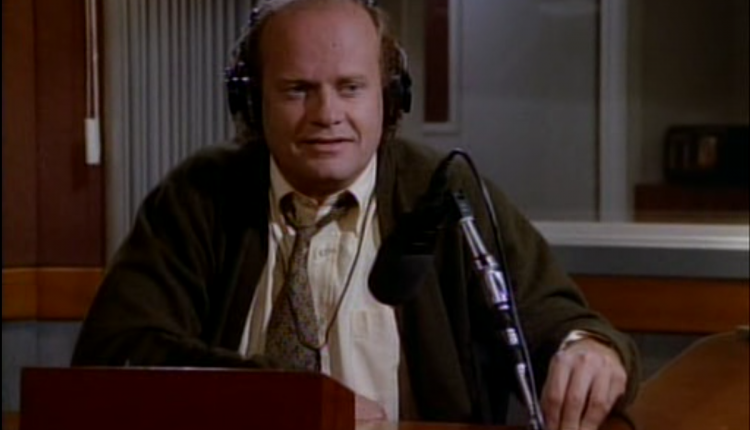 Coincidence or “Frasier” Reference: Dead Bodies Rise in the Spring

Have we mentioned how much we love “Frasier” here at Nerdbot? I mean, yes, I already know the answer to that considering I mention it every time I write something about Kelsey Grammer and/or the upcoming “Frasier” revival. Maybe it’s because I’ve watched the series from start to finish over 30 times; or maybe it’s because I host a “Frasier” podcast that reviews every single episode, all of which are available on Paramount+. I’m currently in tail-end of season 7, but I can connect almost anything to the beloved sitcom. Including, no joke, the idea of being able to tell if spring is on the way due to dead bodies rising to the surface of water.

Let me give you some backstory here. I woke up to find one of my editors giving me a possible lead for something to write about. What I was given was a link to a fun little article from Neatorama that makes reference to an often disturbingly fascinating Reddit thread called “Why the F*** do you know that?”

Neatorama chose to include a story about how a coworker once told them ‘you’ll know when the first day of Spring truly arrives because bodies will start to float to the surface of bodies of water because of the bacteria in them.’ To extrapolate on that, the person who stated this fact may have left out why the bacteria cause this to happen. As bacteria consumes the body, reproduce, and further the decomposition process, gas will build up in the body causing it to become buoyant. But why would someone know this fact?

I have a theory, and that theory relates to “Frasier.”

In season 1 episode 23, “Frasier Crane’s Day Off,” a conversation is held between Martin (John Mahoney) and Daphne (Jane Leeves).

Thanks to KACL780 for having the transcript available:

Daphne: Oh, here’s a gruesome bit. A partly-decomposed body just washed up in Puget Sound! Martin: Hey, that’s good news!
Daphne: I beg your pardon?
Martin: Bodies don’t rise till the weather gets warmer. You get your first floater, and spring’s just around the corner!

Sounds to me like that knowledgeable Neatorama co-worker was a “Frasier” fan. Or, maybe it’s just a sign that I am a deeply troubled person because I immediately connected floating dead bodies to “Frasier.” I also don’t know if my editor sent this to me knowing that I could connect it, or because they just thought I’d want to write about this topic in general. …Now I’m kind of concerned about who I work with, let alone what that Reddit poster thinks about their co-worker.

I should note though, that there’s one other piece to that reddit post I left out. The co-worker went on to say that this phenomenon happens in every lake except Lake Superior, since the water temperature there stays too cold to let bacteria build up in a dead body. That part wasn’t in the “Frasier” episode.

Well baby I hear the blues a callin’, tossed salads and dead bodies…

“COPS” Returning for a 33rd Season, Revived By FOX Nation

A Guide to Winning At Online Casino Slots in 2021