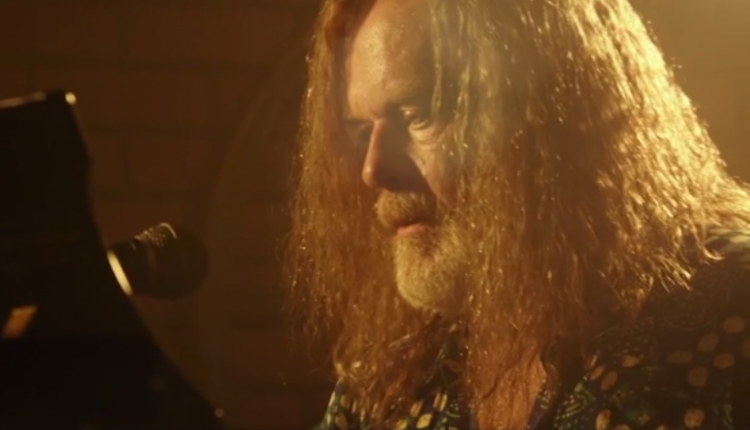 Normally a limited release picture about a fictional, reclusive ‘70s folk-rock star wouldn’t necessarily draw our attention. But in this case, the reclusive musician is played by Kelsey Grammer and there’s a few of us here at Nerdbot that are massive fans of “Frasier.” Considering that we’re still waiting on that pending reboot of the beloved sitcom, I decided to wade into “The Space Between” and see how Kelsey’s latest film project turned out.

In our prior article, I expressed my concerns about the film being cheesy and hokey; relying on issues about generational differences as a source of humor as a perky go-getter of a kid tries to soften up an old curmudgeon. Well, I was wrong about that the worst possible ways.

Perky go-getter Charlie Parker (played by Jackson White) is a pretty unlikeable person. In fact, our introduction to him is him pretending to be an A&R scout for a record company. His first real interaction with someone is to give false hope to a rock band’s female lead vocalist in order to get in her pants.

Charlie does work at a record company though, as a mail boy. He overhears the sleezy executive in charge of the operation reaming out two of his lackeys for failing to get rid of the contract for a washed-up musician, Mickey Adams (played by Grammer.) Charlie decides to throw himself into the situation and instead of getting immediately fired, gets assigned to try and convince Adams to terminate his lifetime contract.

What I expected was to find some kind of a story of self-discovery, where Charlie and Mickey learn from each other, becoming better people in the process. While this is essentially the end result of everything, the problem is how they get there. There’s not a really gentle way to put this, but this film is terribly written. Charlie’s character growth is so abrupt and without reason, that it ultimately ruins the film and leaves the narrative a disjointed mess.

From start to finish, Charlie is wretchedly selfish, only doing things out of his own self-interest in advancing his career prospects. Why he suddenly starts to care about Mickey is never actually made clear; it’s just an abrupt turn that seems to come more out of desperation to resolve the story rather than a natural progression. Not to mention, he’s not an interesting character at all. The film makes the fatal mistake of focusing on the wrong person. Why do we want to watch this boring, selfish, nobody, when we have a crazy, washed-up rock star played by Kelsey Grammer we can watch instead?

None of this is the fault of the actors involved. White and Grammer nail these performances, it’s just a really bad script they’re working from. We can actually see this at work during a very poignant scene where Charlie and Mickey are at the piano together, trying to form the melody of a song. There’s a natural kind of intensity that builds between them, and it’s no coincidence that it occurs at a point where the dialogue is at a minimum.

Just another example of showing how the writing suffers is how the film establishes the time period of the mid ’90s that it takes place in. Instead of naturally working it in, Charlie ham fistedly name drops bands for no real reason other than to establish the time period. The screenwriting principle of, “show, don’t tell?” Yeah that doesn’t seem to take place here. This even applies to describing certain character behaviors. At one point in time, Mickey’s daughter just blurts out that he has a manic depressive disorder in a casual way, in order to explain his actions.

The one highlight of the movie is the strength of some of the original songs performed by Kelsey and written by Weezer frontman, Rivers Cuomo. Kelsey kind of sings in a late-era David Bowie way; powerful and tuneful, if not a bit restrained. Grammer’s voice is suited more towards pieces that require a powerful baritone; something you might here in a live musical or in a more operatic capacity. Hearing him in a folk-rock genre is a little jarring but it ultimately works. That being said though, it’s still a stretch to believe that these songs were the success behind a mythical folk-rocker who sold tens of millions of records in the 1970’s of this film’s world.

Sadly, “The Space Between” is not worth your time or money; which is a shame given the performances of Jackson White and Kelsey Grammer. There are moments of brilliant chemistry but it’s all undone by wildly inconsistent characterization and writing, as well as a misaimed focus on who this film should’ve been about. It’s just not a pleasant experience following Charlie Parker around, especially when the story’s really about Mickey Adams and his struggles.

Here was a perfect opportunity to match an interesting character with a powerful actor, only to have it set aside for a cliche journey of self-discovery for some arrogant young jerk. If someone decides to make a fictional biopic for the life and times of Mickey Adams with a digitally de-aged Kelsey Grammer, I am all in. Too bad this project just hits all the wrong notes.

You can catch “The Space Between” on Amazon Prime here.