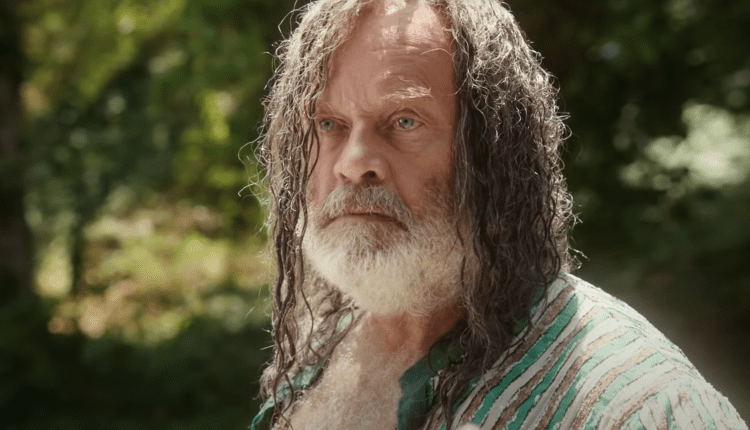 Kelsey Grammer is a Disheveled 70s Musician in “The Space Between”

Kelsey Grammer is no stranger to music. As many “Frasier” fans know, he famously sang the ending theme song to the sitcom. The writers often found excuses for him to sing throughout the series itself. Who can forget his stunning rendition of “Buttons & Bows” from the season 3 episode, “Look Before You Leap?” But apparently Kelsey has put those talents to use in an upcoming film with some help from Weezer frontman and songwriter, Rivers Cuomo.

In Paramount’s soon to be released film “The Space Between,” Grammer plays the role of Micky Adams. A fictional mid 70s musical artist who went from selling over 70 million records one year, to virtually disappearing from popular culture the next year. Adams looks and acts like a cross between Jeff Bridges in “Crazy Heart” and Brian Wilson circa 1972.

Micky’s a liability to his record label who apparently can’t drop him unless he agrees to be dropped per their contract. So a young man named Charlie (Jackson White) is sent by the company to encourage Grammer’s character to sign the paperwork, only for shenanigans to ensue. From the content of the trailer alone we see Charlie getting drugged, Micky acting like a bum, the police getting involved in something… again, shenanigans.

Kelsey has a history of being in poorly received films including “Down Periscope,” the Chinese-Australian production, “Guardians of the Tomb,” and the 2019, Nicolas Cage action-thriller, “Grand Isle.” What makes this project a cut above the rest though is that the music is being provided by Weezer’s frontman, guitarist, and songwriter, Rivers Cuomo. So at the very least, there’s a good shot at the music being compelling.

There’s certainly a good deal of potential for comedic mishaps and generational differences causing all sorts of mayhem from what we can see in the trailer’s first half. The second half seems to be going for a more emotional vibe, and in a heavy-handed way of sorts. When Micky spouts out, “I think you are very quickly becoming my best friend” amidst the cheery sounding trailer music, it immediately comes across as one of those tailor-made, cheesy trailer quotes.

That being said, it’s just a preview. Maybe this will be the title to add something positive to Kelsey Grammer’s filmography alongside his voice role in “Toy Story 2” and portrayal of Beast in a pair of “X-Men” movies. And if the tossed salads and scrambled eggs don’t work out in his favor this time around, at least he has that “Frasier” revival to fall back on.

“The Space Between” comes to theaters on April 23rd, 2021 and will be released digitally and on demand June 15th.

“Godzilla Vs. Kong: Sometimes Friends Fight (But They Always Make Up)” Best Kids Book EVER