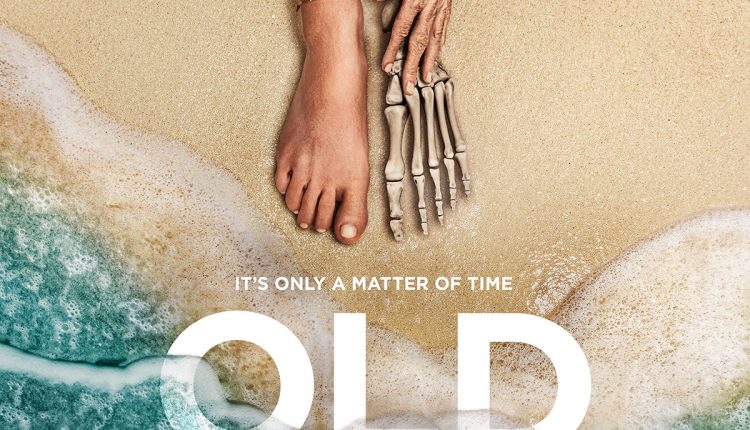 One thing that can generally be said about filmmaker M. Night Shyamalan is that you generally have an idea of what to expect. With his latest release “Old,” he once again stays true to form with a great premise. Based on the Swiss graphic novel “Sandcastle” by Pierre Oscar Levy and Frederik Peeters, it winds up delivering something that feels more like self-indulgence than artistic expression.

A collection of tourists to an island resort have been shuffled off to a day excursion on a private beach and they slowly come to realize that not only are they unable to leave the way they came, but they are all very rapidly growing older.

Such a setup is a compelling basis for a story, with the various inner turmoil that each person is dealing with to come out. But from the moment that Shyamalan shows up as the shuttle bus operator, the audience can’t help but feel that it’s him as the auteur filmmaker he is convinced that he is taking us on a ride. Literally taking us to the beach where we can feel our lives slipping away.

The “Old” cast is great, led by Emmy winner Gael García Bernal (“Mozart in the Jungle“), and Rufus Sewell (“Man in the High Castle“).

The group has three young children ranging in age from 6-8, who begin growing rapidly (the adults take longer to notice the effect because they’re already fully grown), so there’s added drama from the perspective of the parents, but the film’s own logic continually breaks down. When you set up a scene where the dialogue expressly asks – “why doesn’t our hair and nails keep growing as fast”, and another gives an answer of “the cells are already dead” – implying that after something is dead, the process stops. But that’s proven not to be the case just a few scenes later.

The performances range from solid at times, to the distant hopeless stare with overdone close-ups (so close that only a part of the face is in the camera frame), feels to be a call for help not from the character, but from the actor to get them out of the scene.

Moments of dialogue are smart and heartfelt, only to pivot moments later into trite rhetorical nonsense. Every time there seems to be something starting to capture the audience’s attention, it slips away moments later. It’s a time where it has become painfully clear that in better hands, this would have been a much better film. Jordan Peele or Jennifer Kent, could have cleaned this up and given it a far better treatment than Shyamalan managed.

“Old” is rated R, and is playing now in theaters (and beaches) near you.

Cercle Bicycle Offers Circular Frame That Doubles as a Tent!

How to Buy CBD Products Without Going Broke