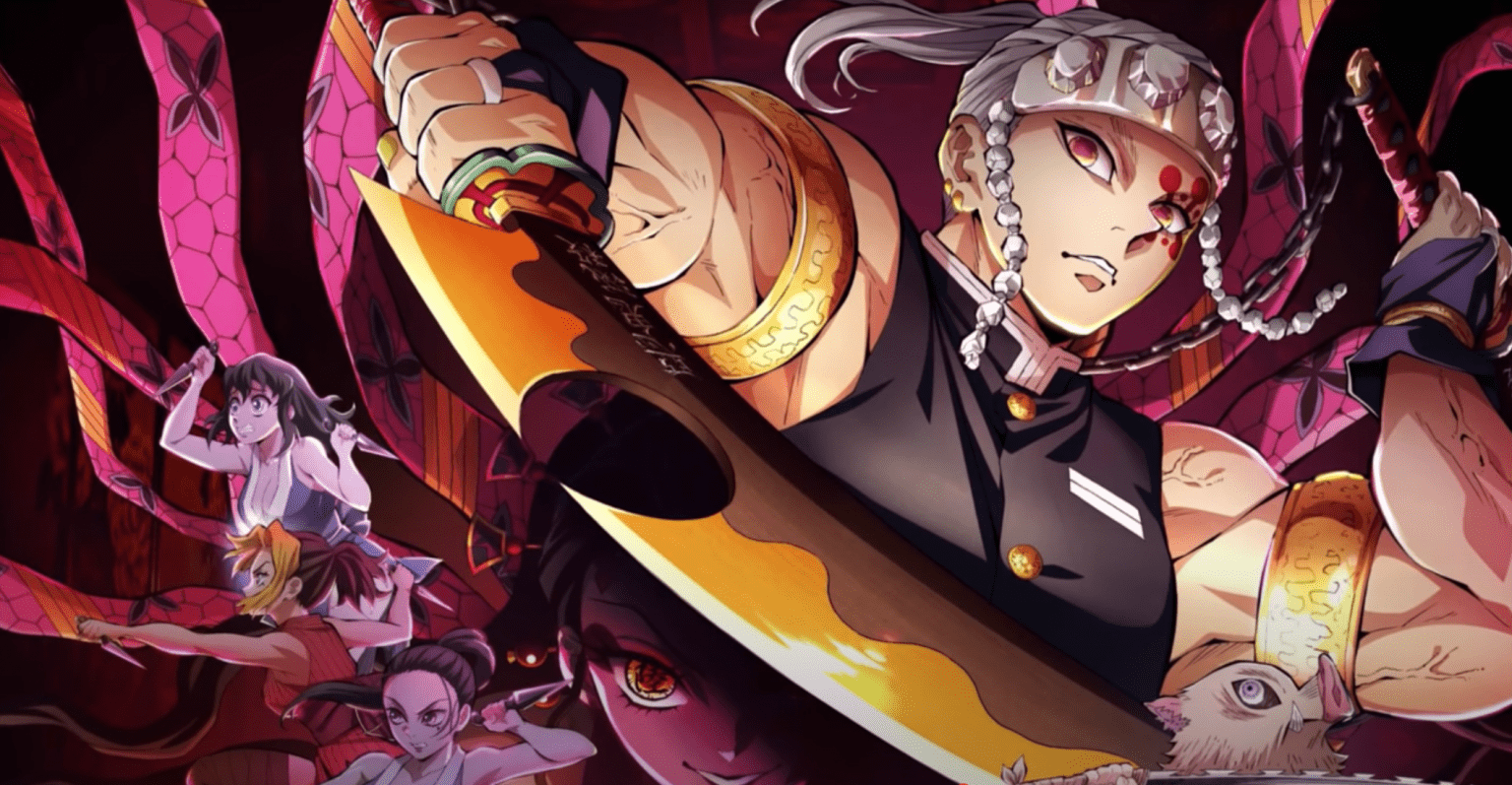 If you’ve been keeping up with “Demon Slayer” you’ve already seen “Mugen Train.” What fans have really been wanting since the end of season one of the show and the movie is more news about season 2. Funimation has stated that they will be airing more “Demon Slayer” episodes in 2021! That’s right our patient waiting has paid off and we’re going to get more of Tanjiro, Nezuko, Inosuke, and Zenitsu!

The arc they are starting out with will feature the Sound Hashira Tengen Uzui in the “Demon Slayer: Kimetsu no Yaiba Entertainment District Arc.” The arc runs after the Mugen Train one in the manga up to volume 12. It’s about the team venturing into the entertainment district and meeting up with some of Muzan’s fiercest underlings.

Funimation is confirmed to stream Demon Slayer: Kimetsu no Yaiba Entertainment District Arc in its English-speaking territories, including the United States, Canada, the United Kingdom, Ireland, Australia and New Zealand. The animation again will be by UFO Table so we know it’s going to look amazing.

So far there is no hard premiere date but they are saying 2021 so we’re hoping that means the Fall anime season.