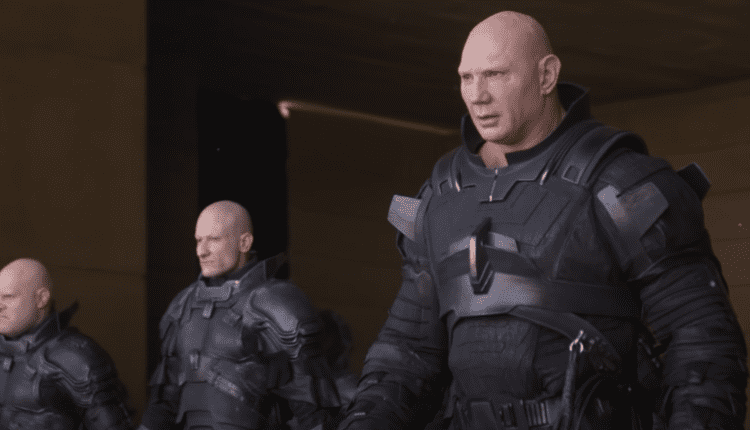 If you know one thing about us here at Nerdbot, its that Denis Villuneve‘s “Dune” is perhaps our most anticipated movie of the last decade. The Frank Herbert creation is pretty much our “Star Wars.” So, you can probably understand why we get so excited anytime something new arrives for it.

Yesterday, it was official character posters for the main cast, which you can see here.

Today, it’s 6 additional (yeah, we’re including the better Yueh one) posters, including Piter, who looks suspiciously like Howie Mandel.

Today is actually a special day for “Dune,” as an IMAX presentation is happening across the country this evening. True, it is really only for a new theatrical trailer, but we were promised some additional glimpses and information about the epic film. Yes, we’ll have a full write up for you after we see it!

We STILL love David Lynch‘s much-maligned 1984 version (pick up the new 4K here!) which started Kyle MacLachlan as Paul Atredies and Sting as Feyd Rautha, and sort of not-so-silently detest the mini series from the 2000s which starred Alec Newman and Matt Kesslar.

This new version has been in the works for some time, and has one of the most impressive casts assembled in recent years.

Hans Zimmer is composing the score. Check out Zimmer’s cover of Pink Floyd’s “Eclipse” from the trailer here.