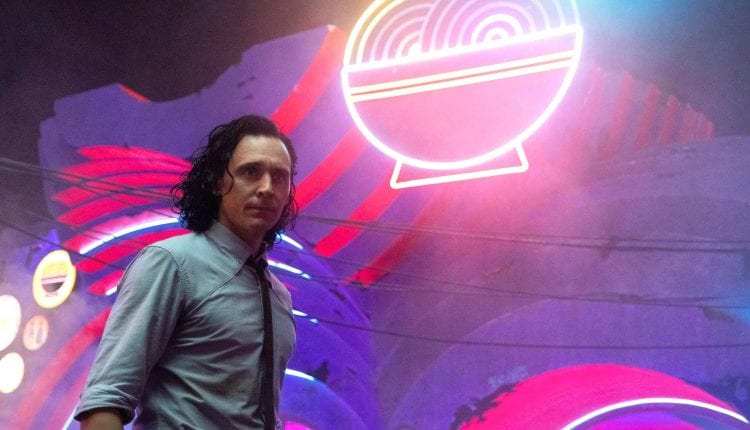 “Loki” Episode 3: Love is an Apocalypse on Lamentis 1 [Review]

I know it’s only been 3 weeks and 3 episodes in, but “Loki” continues to impress and strike the perfect balance between revelation and mystery. There is true story craftsmanship here, furthered by yet another visually stunning episode and Tom Hiddleston proving once again that it doesn’t matter who you pair him with, he thrives in buddy cop banter. “Loki” episode 3 provides viewers with even more insight into what’s really going on while also raising more (and new) questions, while simultaneously layering both Loki and the variant through their time traveling, apocalyptic adventure. Episode 3 is another strong step forward, and I’m quickly running out of superlatives to describe just how good this show is turning out to be.

For the sake of not trying to repeat the same praises of episode 2 review, this review of episode 3 is gonna feel a little bit all over the place. It’ll probably be more of a “Loki” episode greatest hits, highlighting some of my favorite moments and execution from the episode. Also, I will try my best to be as vague as possible to not give away too much, but there will be mild spoilers. There’s simply no way to discuss the episode without giving away some of the larger nuggets of knowledge we learn in episode 3. So if you’re one of those people that can’t watch new episodes in the middle of the week and gotta wait 5 or 6 days before you have eyes on “Loki” (ya, I love memes too you guys), then I’d recommend waiting to read further until you’ve gotten caught up.

Ok, they’re gone. Wow can you believe Loki and the variant are brother and sister?! Just kidding, that’s not true at all. But damn do they banter like an old married couple or siblings with a long, century old rivalry.

Episode 3, “Lamentis,” trades Owen Wilson‘s Mobius for Sophie Di Martino‘s Sylvie, the name the Loki variant wishes to be called for now. After chasing the variant through the portal in the last episode, Loki gets a glimpse of the variants plan: she too wants to meet with the time keepers with bad intentions, and the time charges that sent the TVA into code red was a distraction to provide easier access to them. Through a series of unfortunate and trickster events, the two Lokis end up stranded in an apocalypse, the worst possible one according to Sylvie. Stranded, the two have competing ideas and powers for how to get themselves out of their current predicament.

As it turns out, losing Mobius and replacing him with Sylvie to bounce off Hiddleston doesn’t miss a beat. The two are a perfect misfit pair together, consistently trying to out trick the other while also slowly starting to show some cracks in their armor. I continue to enjoy the way the series allows Hiddleston to explore new aspects of the character. There is never a point in episode 3 where you think “oh ok this is just Ragnorok Loki” retreading his own improvised, quick witted banter. THIS Loki is earning his changes and earning his endearment, and Hiddleston does an excellent job making us believe that this is “Avengers” Loki changing, not “Ragnorok” Loki already comedically transformed. Di Martino’s Sylvie is a terrific compliment to this version of Loki, matching Hiddleston line for line, trick for trick.

Much like the previous episode, this one dives into the past of each of them through their discussions of what love is. Both display guarded vulnerability, recounting their family relationships (particularly around Frigga) and all the love lost, leading them to try and define how they see love. It is a fantastically well written scene, giving us insight into both characters while simultaneously shedding doubt on all of it as neither fully trusts the other. Their shaky relationship and opposing methods make for a fun back and forth, both verbally and physically as their magic and tricks often result in a hand to hand fight. Loki and Sylvie are the driving force of the episode, with the impending apocalypse serving as a gorgeous setting rather than the primary obstacle to overcome. While nothing is resolved in the episode and it ends on yet another cliffhanger, their relationship and who they are and who the TVA may actually be are far more important than whether or not they survive Lamentis 1.

Speaking of the TVA, episode 3 drops a bombshell about their origins, and it’s not even done in a typical expository fashion. There is a brilliant bait and switch that ties the action at the beginning of the episode to a line towards the end. The action makes the viewers believe they’ve found a plot hole, only to be found wanting and one step behind the writers. Both are extremely subtle and if you probably missed it if you weren’t looking for it. This is something “Loki” has expertly executed throughout the series so far. The show continues to be content with slowly unraveling the giant ball of yarn at the center, and is in no rush to give any more away than it has to. The showrunners and writers seem be relishing in your frustration, and delight in letting you think you have all the answers only to discover you haven’t scratched the surface. Again, it’s a lot of what “WandaVision” did, but this seems to be executing the facade a little bit better.

They are wildly different shows, but “Loki” seems to be less polarizing because it isn’t completely reliant on the presentation being a character that tells its own story. “Loki” also has the relief of not being first, so the “Mephisto is everywhere” and the “here come the X-Men” theories are ladened on every single frame. The show gets to breath its own air, and episode 3 takes a deep breath and exhales with another solid entry into the series.

We are at the halfway mark now, and there is a lot of speculation with how all of this is going to play out especially considering everything we’ve learned in this episode. There is also a lot of apprehension as the whether or not “Loki” sticks the landing, but episode 3 is yet another example of the writers being in complete control of where the story is going. Nothing about this show so far sheds any doubt about whether or not they can pull it off.

Episode 3 is truly love in the apocalypse, proving that even with the impending doom of a planet crashing into a moon, there is still a lot left to be discovered.

New episodes drop on Wednesdays only on Disney+.

The Most Played Slot Machine Games

Shocking No One, “F9” is Neither Fast Nor Furious [Review]