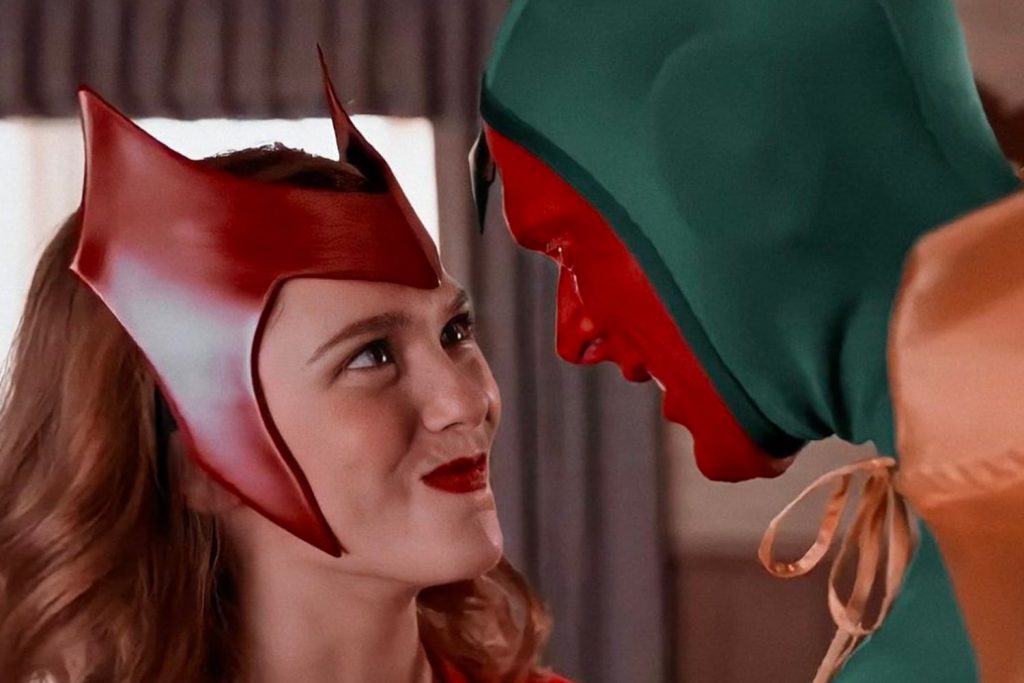 From its inception, we were warned that Disney+ series “WandaVision” was going to be unlike anything else we’ve seen in the Marvel Cinematic Universe up to this point. Kevin Feige and co were very clear; this is going to be different, unique, and maybe even alienating to some viewers who have grown accustom to the way the MCU operates.

So, when “WandaVision” episode 1 dropped on Disney+ and made good on that promise, I was rather shocked at how many people were upset by that very thing. For those of use who took the creators at their word, we were rewarded with a dazzling blend of uniqueness and familiarity, one that placed poignant themes of grief and loss at its core, and seamlessly building these two narratives in a more than satisfying way.

On paper, the idea of “WandaVision” by all accounts should have been the first misstep for the MCU powerhouse. Though far from perfect, Marvel Studios has generated a tried and true formula that has pretty much rolled through the cultural lexicon unchallenged and undeterred. Look, nothing this good can last forever, and eventually the powerhouse will step in quick sand and sink down the rest of the cinema. “WandaVision” took big, sweeping risks in a time where there was nothing else to catch it if it failed, and managed to show us all that this isn’t their downfall. Not by a long shot.

Admittedly, it’s difficult to talk about “WandaVision” without being able to TALK about “WandaVision,” but let’s start with examining its context, particularly its more jarring and controversial episodes in 1-3. For me, these episodes are where the show shines the brightest, brilliantly recapturing the sitcoms of old, playing it straight as if this was always a show that aired directly after “I Love Lucy” or “Dick Van Dyke Show” on Saturday mornings. These episodes were cheeky without pandering, honest but tongue in cheek, unique but nostalgic. And all the while, there is a current of dread that charges up each episode, as viewers know there’s something or someone behind the curtain and as familiar as all of this feels, something isn’t quite right.

This balance in the first three episodes of “WandaVision” excel in places I didn’t think were possible, so much so that as the series carried on into more reveal than novelty, I found myself longing for those first three episodes. For a premise as bizarre and risky as “WandaVision,” that simply shouldn’t happen, and happen so damn well. Furthermore, I’m not even a fan of sitcoms in general, both current and old, so for me to want MORE of them in this context is saying something for how well done they actually were.

As episode 4 begins to peel back the layers of the mystery, we are shown much more than just the why behind the what. The creators of “WandaVision” are so purposeful and meticulous in their details and storytelling its hard to believe we ever though this could fail. Above all else, they are steadfast in their narrative, never allowing themselves to get caught up in too many things that deter viewers from what the show is really about, which is Wanda dealing with her loss. Sure, there are tons of red herrings and cameos and “WTF!” moments, but “WandaVision” lends itself to let the viewers theorized and argue rather than try to justify any of these predictions themselves. That makes this truly something special, and cements it as a show beyond the whims and desires of fans and fan theories.

“WandaVision” is and chooses to remain the story of Wanda. Everything else is simply there to unravel more and more about who she is and what she has experienced. You really have to hand it to the writers and storytellers here. For a series to have this many long term implications for a broader universe while also trying to continue the story from a previous phase while ALSO attempting to tell a contained limited series story is not only daunting on paper, but practically impossible by any normal standards. And yet, “WandaVision” does them all and does them all justice, thriving and reveling it its setups and subplots without ever losing sight of its message and heart.

I think we can all agree no matter where we fall on its execution that “WandaVision” is ambitious. REALLY ambitious, and by that very nature is bound to draw criticism from fans. For myself, I clearly enjoyed just about everything to be enjoyed in this show, and delighted in slow pacing and felt satisfied with its ending. However, I understand that, regardless of their warnings, “WandaVision” is off putting. Not even just in its first three episodes, which are probably the most jarring if you’re not properly prepared for it, but even as the sitcom schtick begins to shed and the MCU lens becomes the main focus, “WandaVision” introduces an overload new elements casual or even ardent viewers may not be prepared for or even want.

Because the show has lent itself to countless theories and ideas about mutants, the multiverse, and the internets favorite villain pick, Mephisto, “WandaVision” is bound to confuse and also let down plenty of viewers and fans. The fact is, you can’t be THIS ambitious and still manage to make something for everyone, especially since you’ve made it clear that this isn’t following the masses of countless MCU formulaic films before it. To that end, it’s perfectly fine if you found it to be all too much. “WandaVision” is a lot to take it even if you’re on board from the start, and how that can be sticking point for some. When they said it was gonna be different, they meant it. And that means not appealing to the masses in the same vein as before, which consequentially results in some fans just outright not liking it.

And lastly, to that end, “WandaVision’s” finale is bound to leave plenty of theorists and avid comic readers a little disappointed. “WandaVision” has gone out of its way to make sure that Wanda and her grief remain the central narrative from which all other narratives derive from, so if you were conjuring up theories and tie ins and reveals that didn’t quite fit that specific narrative, you’re probably going to walk away from the series feeling a little slighted. That’s understandable too, because “WandaVision” has probably been the most theorized and overanalyzed show Marvel has ever created, and I’m of the belief that they can only serve one impossible task at a time. They either make the show work or fulfill every fanboy fantasy at once.

For me, “WandaVision” works from start to finish, and that’s about as much as I can ask for from such strange and, in the context of the MCU, genre bending series. The show is full of heart and emotion, with gut wrenching experiences and trauma all boiling beneath the surface of the recreation of the things we love. The show is fine with answering those questions instead of the ones we think we want answered, choosing to wrestle with loss, grief, hope, family, identity, love, and self revelation over pretty much anything else. And that, for me, is the right choice.

“WandaVision” left me feeling connected to both worlds, the one created and the one unraveling beneath. Its craftsmanship in allowing both to exist simultaneously without one detracting from the other is true brilliance, I feel wholly satisfied with its conclusion even if every question may not have been answered fully. It answers the questions it wants to, not the ones we bestowed upon it. While that may make the show polarizing, it also holds true to maintaining its balance of unique yet familiar.

If “WandaVision” is an example of what Marvel Studios can do with television, then count me in completely.