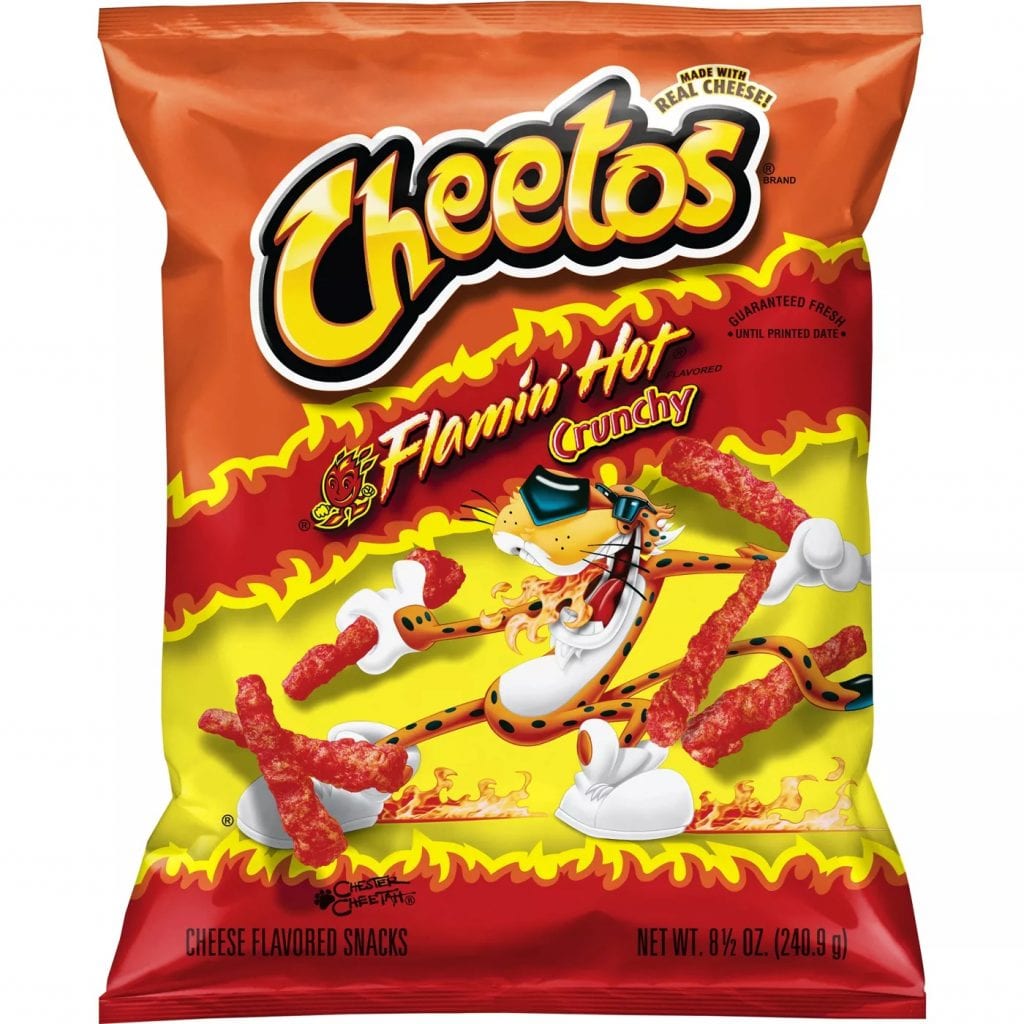 Who invented Flamin’ Hot Cheetos? The original answer to that question was spicy enough to encourage Eva Longoria to direct a biopic regarding it. Thanks to a new report from the LA Times, doubt and suspicion are being thrown over the rags-to-riches story, leaving even more questions.

For the last decade or so, Richard Montañez has claimed to have invented the snack after an error on the production line resulted in a batch of unseasoned Cheetos being produced. According to Montañez, he took the Cheetos home, and seasoned them himself with spices inspired by his Mexican heritage and culture. The results were tasty enough to where he contacted then PepsiCo CEO Roger Enrico. (PepsiCo is the parent company of Cheetos producer, Frito-Lay.)

Intrigued by the idea, Enrico gave Montañez two weeks to prepare a presentation to sell him on the idea. Montañez was a janitor at the time, having taken the job when he was 18 years old. He came from a poor childhood, living in a one-room home in a migrant labor camp. At the time of his initial job application, Montañez wasn’t even able to read or write in English very well, necessitating his wife to fill out the application for him.

And then he invented Flamin’ Hot Cheetos, his proposal was accepted by management, and Montañez rose through the ranks to become an executive in multi-cultural sales and community promotions for the company. Given the inspirational and the feel-good qualities of an underdog story, it’s easy to see why this would make for a great biopic.

That said, the details of this story don’t seem to match-up with an internal investigation at PepsiCo. As originally reported by the LA Times and subsequently picked up by outlets such as Variety, Lynne Greenefeld was the actual creator of the product. The investigation was sparked when Greenfeld heard Montañez taking credit for the Flamin’ Hot brand, and contacted PepsiCo regarding the claims.

Regarding the official timeline of the product, Greenfeld was an employee assigned to develop a new Cheetos brand based on seasoning samples that were sent to Frito-Lay from the food company, McCormick in 1989. The problem with Montañez story is that the executive he supposedly talked to about the product, Enrico, didn’t begin working for PepsiCo until early 1991. At that point in time, Flamin’ Hot Cheetos were already being distributed to test markets that Montañez was not involved in.

To his credit though, Montañez’s story is backed up by former Frito-Lay exec Al Carey. Carey states that he met with Montañez about the Flamin’ Hot product in 1992. At which point, the brand had not yet been created. Obviously, this doesn’t fit with the timeline that PepsiCo deems as the official one.

The Times also states when it comes to the upcoming biopic, they informed the producers of the film of the results of their investigation in 2019. Longoria’s attachment as a director was also announced that year, the actual development of the film was announced the year prior. Which incidentally, is the same year that Greenfeld contacted PepsiCo regarding Montañez’s claims of inventing the Flamin’ Hot Cheetos brand.

Who’s to believe in this situation? Admittedly, it does seem slightly far-fetched that a bottom rung employee could just contact a CEO of a company to pitch a new product, but stranger things have indeed happened. And at least one executive does recall meeting with Montañez about creating a product. If it wasn’t the Flamin’ Hot brand that helped move him up the ladder, then how did Montañez go from janitor to executive? It seems like this product was the key moment that advanced him.

Longoria was aiming to direct a strong, motivational biopic but may have accidentally stumbled upon something more akin to a multi-part documentary series about snacks, lies, and accreditation. So far neither Longoria or her production company have had anything to say regarding the Times report, but we’ll provide you with updates as they emerge.