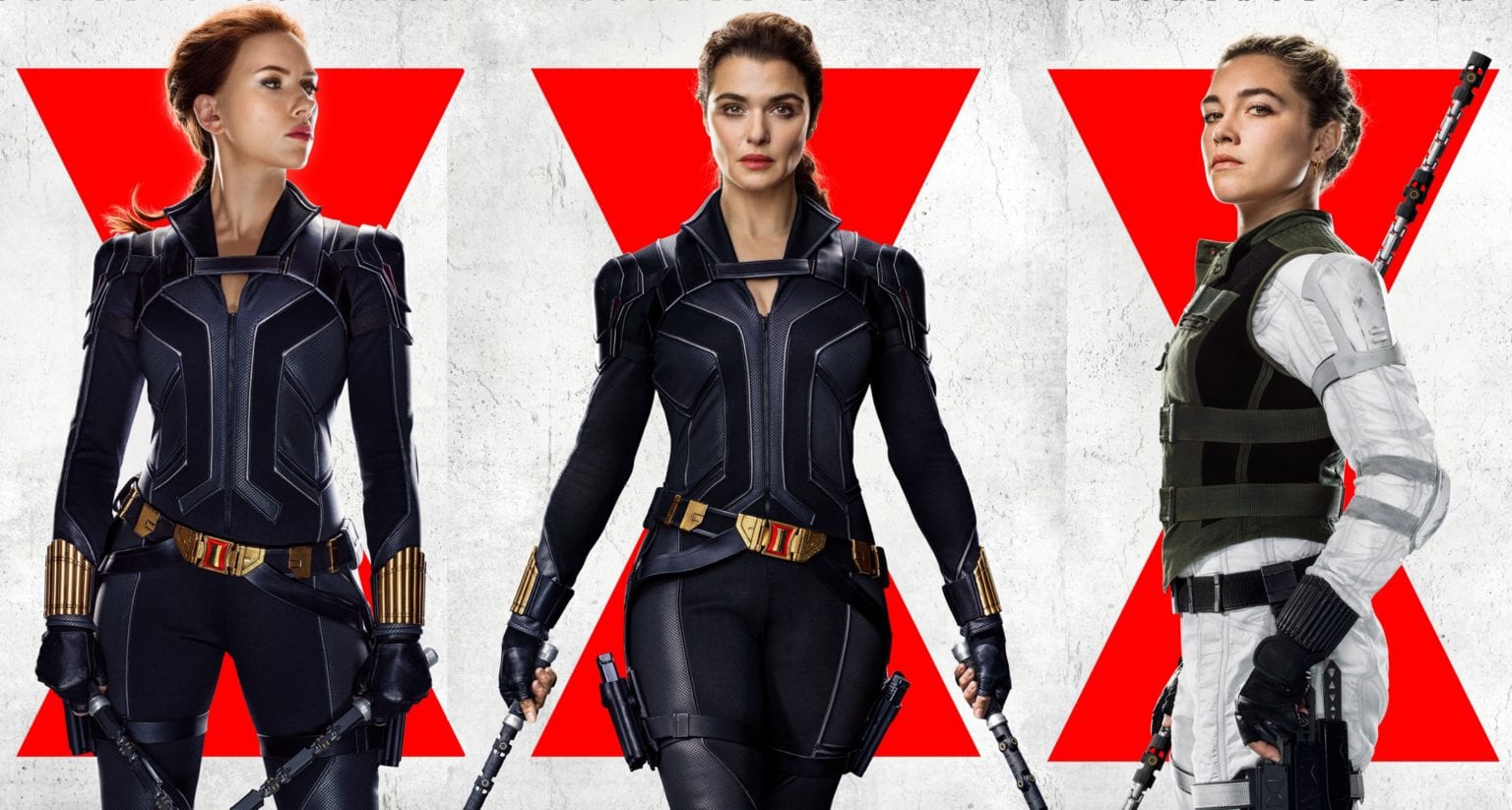 Earlier this morning, Marvel Studios revealed a new set of character posters for their upcoming film “Black Widow.” Yeah, this poor film has been pushed back more times than almost any title during the pandemic; even more than “Dune!” At long last though, we’re just under two months from seeing this flick finally hit theaters.

O-T Fagbenle (“The Handmaid’s Tale“) as Nick Mason. Mason is a Marvel Comics character who is usually associated with S.H.I.E.L.D., and just might be a possible romance interest for Natascha.

Taskmaster. We’re not rightly sure yet (spoilers and all) who might be hiding under this villain’s mask. But, we do know that this Marvel baddie is here to start some serious sh*t for Black Widow and her family.

David Harbour as Alexei Shostakov, aka the Red Guardian of the Winter Guard. Think of him as the Russian version of Captain America. A Soviet super-soldier, Shostakov is the ex-husband of Melina Vostokoff, and a father figure to Natasha Romanoff and Yelena Belova.

Rachel Weisz as Melina Vostokoff aka Iron Maiden. Another member of the Winter Guard, she’s an agent of the Russian Government who eventually left Russia to become a freelance mercenary and assassin. Expect some level of severe family disfunction.

Florence Pugh as Yelena Belova, aka the other Black Widow. Recruited at a young age to become the ‘new’ Black Widow after Natascha was deemed disloyal, Yelena is a force to be reckoned with all on her own.

Scarlett Johansson as Natascha Romanoff, aka Black Widow. While we know a lot about the character within the MCU, we still have a TON of unanswered questions. Like…what exactly happened to Nat and Clint (Jeremy Renner‘s Hawkeye) in Budapest?!