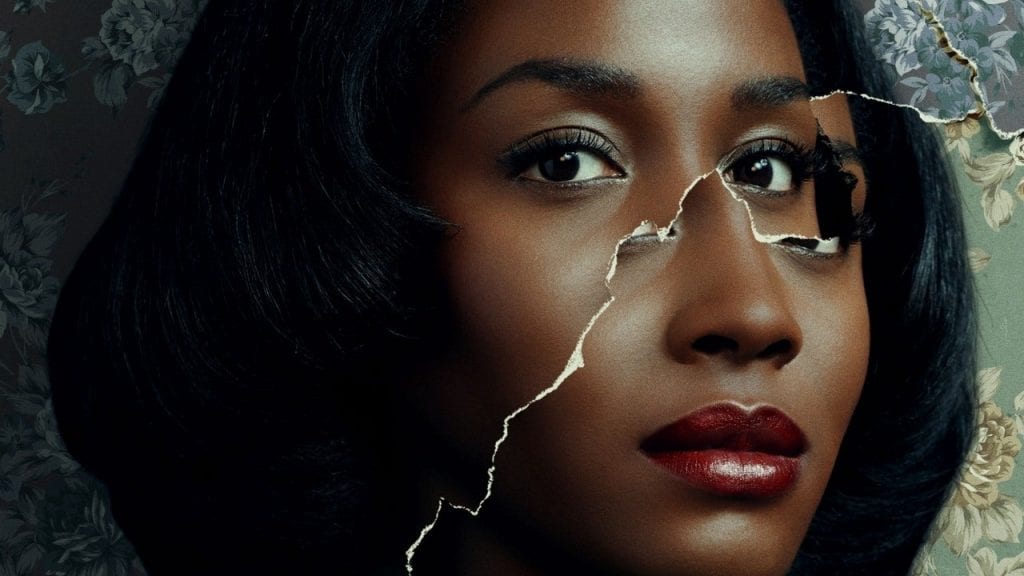 Under any surface of American history, there are dark undertones that tell a much more complex story of its creation. Some stories manage to capture that complexity, shying away from neither fact nor fiction surrounding events, times, and the nuanced, often tragic outcomes. “Them” seems incapable of doing this, choosing to paint its themes and narratives of the Black (and White for that matter) experience in the broadest strokes possible. What the series ends up becoming is exploitative black trauma porn, brutally bringing to screen the worst of the worst of imaginable events fueled by racism during the Jim Crow era without any of the merit of warrant to do so. These broad actualizations layered with an inexplicable supernatural element are uncomfortable and unnerving to watch for all the wrong reasons. “Them” is a hard get through even if it had something to say, but without anything to add to the social commentary of racism in America, it is really difficult to stomach.

“Them” centers around the Emory family who move from the Jim Crow south to California after a horrific tragedy. They move into the very white neighborhood of Compton, and of course aren’t welcomed by anyone. While they endure relentless hazing from their community, there is also a dark force in their home that seems to be working against them too. They all begin seeing and experiencing unexplainable things, all of which begin to cause their lives to spiral out of control. The Emorys are forced to deal with both their own and literal demons, and may not make it out unscathed.

Since there’s far less good than bad in “Them,” let’s get the good out of the way. The series is brilliantly acted, with Deborah Ayorinde and Ashley Thomas as Livia “Lucky” and Henry Emory driving emotional forces that the series is in desperate need of. Narratively, they are constantly asked to switch between the evil in humanity and otherworldly evil in the blink of an eye without really given the choice to be discerning about which one to react to at any given time. Their slow slips in and out of madness are well executed by Ayorinde and Thomas even if the story doesn’t do them any favors. Additionally, the score is damn near perfect for a slow burn, psychological thriller, instilling the gripping tension with every still and panning shot. Those shots are also done really well, and were this anything more than a haunted house genre it would perhaps be able to stand out more for the right reasons. Show creator Little Marvin certainly understands that part of things, but that’s about all he’s able to do right here.

The layer of heavy handed racism desperately trying to blend with the anthology horror genre feels as forced as it is disjointed. Look, films and series that deal with race are important when done correctly. But exploiting that experience without purpose only seeks to exhaust the subject matter; if you’re going to make viewers sit through some of the most harrowing acts of racism I’ve seen so far, you better have a damn good reason for doing so. “Them” never, ever makes its case for being so, and never seems to do anything more than make viewers sit through it just because. There have been so many other shows and films in the last few years that have done everything in “Them” already, have done it far better. That goes for the horror and supernatural elements too. The series feels like someone took ardent notes from things like “Get Out,” “Lovecraft Country,” and “Watchmen” but never really grasped what all of those shows were actually saying. “Them” is what someone far less capable THINKS those shows are about.

I need to be very clear here: the brutality cannot be overstated. “Them” does things I never thought I would see on screen, and that’s not hyperbole.

This is unmitigated and unwarranted violence fueled by non contextualized racism, making it far more disturbing than it already is. One would think that setting the narrative in a highly volatile and racist period in time would be fitting for their acts. Instead, it paints every white person as inherently evil, as if racism isn’t simply a blemish on the American culture but baked into every single white persons soul. They are void of redeemable qualities regardless of how much the wayward subplots tries to convince us otherwise. They are motivated by nothing other than being white means you’re racist, period. It also manages to minimize the black experience, throwing just about every trope and struggle it can both literally and figuratively. “Them” doesn’t say anything more than this about either side to justify its gruesomeness.

All white people are racist and all black people are struggling, which is false on all accounts, and fails to spark the necessary conversations needed to create allies and address these issues properly.

And then there’s the supernatural element that is never fully realized despite permeating in the background of just every episode. “Them” tries really hard to be a lot of things all once, and never quite gets there as it stretches on and on with each additional narrative. The supernatural elements never really present themselves fully until you’re pretty far along into the series, and even then they beg more questions than provide any answers. It borrows heavily from better things, and not even just the aforementioned Horror/Race genre. It has a lot of “Amityville Horror” and “Hereditary.” The Emory family feels doomed from the start, and the otherworldly forces seem hellbent on tormenting each of them in ways that never sit right even in the context of the show. The fact that these forces seem to have unlimited jurisdiction and are seldom limited to the confines of the new home are downright bizarre and messy, with the viewer never given any understanding of how or why these things are at work but demanding that you watch them play out. “Them” can’t commit to any one narrative, which ends up making all of them feel incomplete.

“Them” also suffers from having far too many white writers and directors for something that so unabashedly and inaccurately deals with the black experience. 1 out of 5 directors and 2 out 7 writers are POC, and for any other series I wouldn’t even give this a mention. But for “Them” is HAS to be mentioned if for no other reason than to acknowledge just how skewed the white and black experiences are portrayed. Little Marvin may have set out to dismantle the American Dream with this series, but instead demonstrates his distance from actual conversations about race. The lack of diversity among episode directors and writers, ally or not, only seek to exacerbate the problems in “Them.” The series feels bloated and incoherent, feeling like 12 visions trying to make 15 different stories someone tell one, linear story. “Them” veers off into way to many directions that rarely pay off, making much of what’s displayed mainly filler for already stretched main story.

The question of whether or not “Them” takes racism too far is the wrong one. The question is why does “Them” deal with racism in the first place when it isn’t concerned with examining the very things it chooses to so brutally portray? You either make a haunted house series with hints of racial discussion or you make a racially conscience series about systemic racism in America. If you’re good enough, you can do both if you don’t lose focus. But “Them” isn’t good enough or focused enough to do either well, and never ever makes a case of the existence of anything that happens to anyone.

The experience of watching “Them” altered my mood for the worst and left me with little to debrief from. Again, something like “Get Out” has some harrowing visuals in its own right, but you left the theater desperately wanting to discuss the events and unpack all of the elements within it. Likewise, “Lovecraft Country” does the same thing, begging you to poor over every episode with others. “Them” is fake deep and fake woke, making a lot of noise without saying anything relevant. It succeeds only in leaving viewers upset, angry, and uncomfortable with no well to draw from. We’re forced to sit the worst of it, never given a rhyme or reason to unpack it all.

I know people coming off some of the previously mentioned series and films will want to check this out, but I wouldn’t recommend “Them” to anyone. It’s as problematic as everyone who has sat through says it is.

If “Them” is on your list, scratch it off. There’s just too much good content to watch than to waste it here.