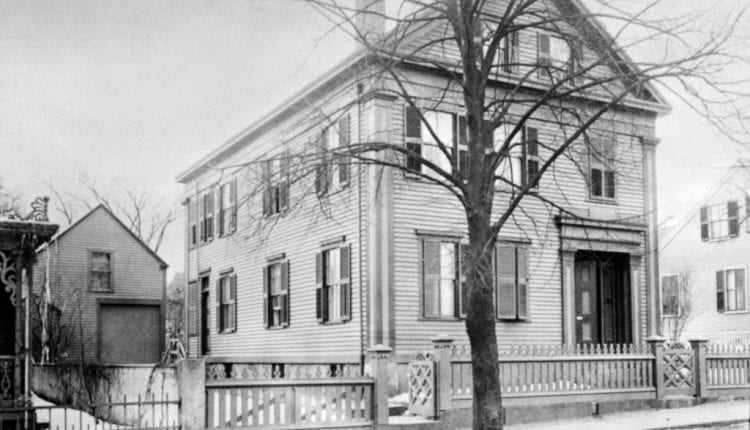 Lizzie Borden’s Family Home May Have A New Owner

Lance Zaal apparently doesn’t have an axe to grind against Lizzie Borden. In fact, he’s counting on her storied legacy to help him take a whack at some new property ownership. Early in 2021, the home of the infamous Lizzie Borden and her parents went up for sale. Zaal is closing on a deal that would make him the new owner.

In case you’re not familiar with famous double homicide cases of 1892, or children’s jump-rope rhymes, let’s take a quick moment to dive into a bit of history. Lizzie Borden was an American woman born and raised in Fall River, Massachusetts in 1860. In 1892 Borden’s mother and father were found dead in their family home, both from a number of strikes with an axe. Lizzie was the primary suspect and put on trial in 1893 for the double homicide. Though she would be acquitted of the crime, suspicions still hung over her and her legacy after she passed away in 1927.

So infamous of a crime was it, that the circumstances became part of a children’s rhyme

“Lizzie Borden took an ax/Gave her mother 40 whacks/When she saw what she had done/She gave her father 41.” The rhyme gets the sequence of the murders correct, but exaggerates the number of strikes each victim suffered, and supposes Borden’s guilt in the crime, perpetuating the idea that she committed the murders.

Flash forward a century or so and the home that the murders took place in was turned into a business. In 1996, the house was opened as The Lizzie Borden Bed & Breakfast and museum dedicated to Borden’s life, and the crime that defined it. Sounds like a wonderfully macabre way to spend a weekend.

In January of 2021, the house went up for sale as the owners of the establishment decided that they wanted to retire. The asking price of $2 million is either a steal or a ridiculous price to pay for a home in which two people were quite literally axe-murdered. Depends on who you ask really, but apparently for the aforementioned Lance Zaal, the price was quite agreeable.

According to an article from Realtor.com, Zaal is in the process of closing a deal to purchase the home and continue its operations as a bed and breakfast. Zaal is also the owner of the company, US Ghost Adventures. The company runs ghost tours around the country, including Windy City Ghosts in Chicago, IL and Colonial Ghosts in Williamsburg, VA. So really, a bed and breakfast stay in Lizzie Borden’s old home kind of fits right in with the rest of the aesthetic.

Zaal goes on to state that this is the first venture his business has taken into the B&B industry and intends to keep on the entirety of the staff there due to passion and care for what they do.

As of the time of this writing, the official US Ghost Adventures website is promoting the acquisitions of the business, indicating that the purchase may have closed, or is close enough to closing that they feel confident enough in putting it on the site. Someone must be putting the axe to the grindstone to get this deal finished, much to the delight of ghost and true crime enthusiasts.