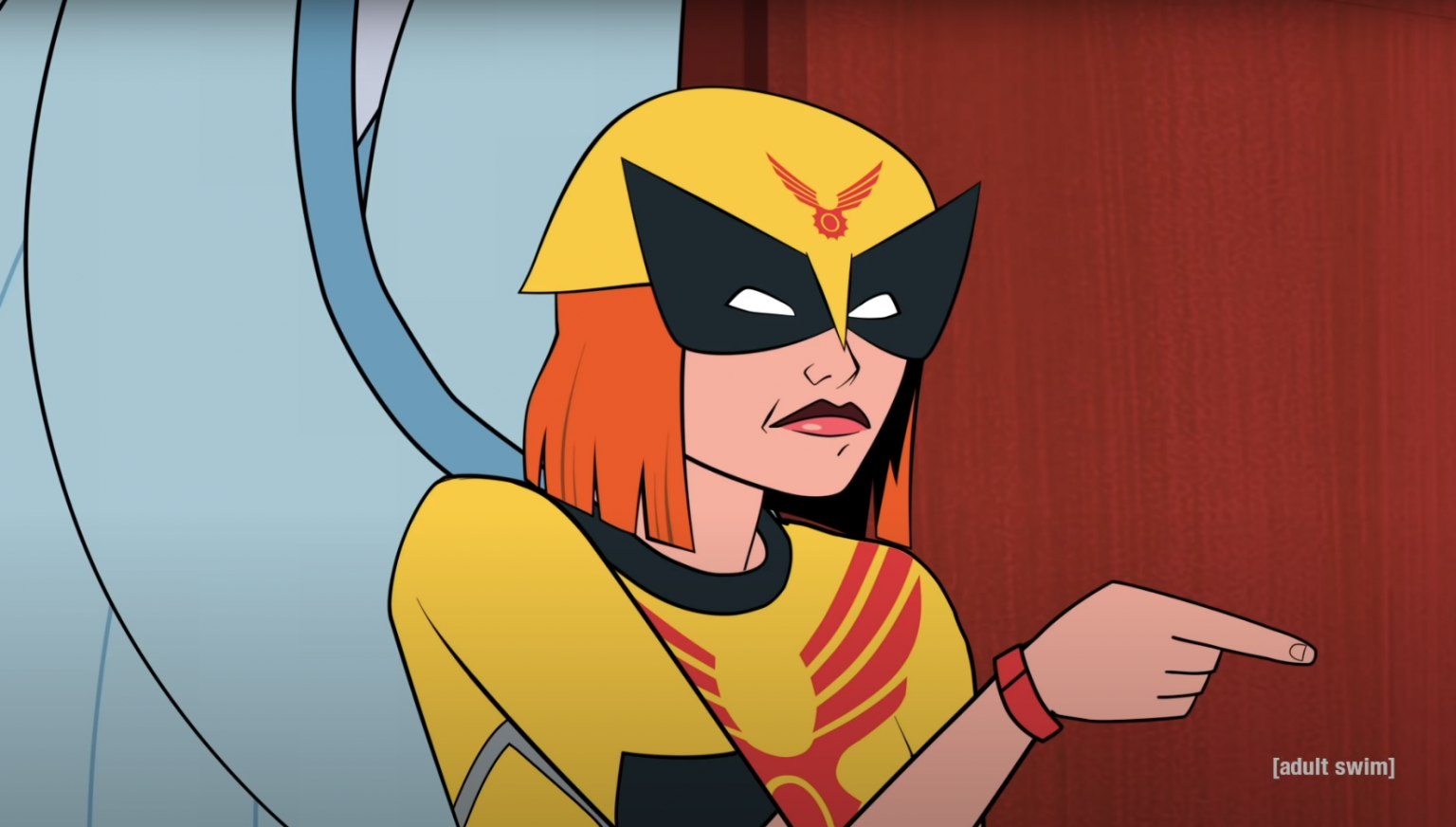 Get ready to feel the power of attorney once again! On March 16th, the official Adult Swim YouTube channel dropped a video that gave the world its first look at “Birdgirl.” Set to premiere next month on Cartoon Network’s Adult Swim programming block, the series is a spin-off of “Harvey Birdman: Attorney at Law.”

The history of “Harvey Birdman” is a long and interesting one, so much so that it really deserves its own article. Long-story short though, its connections pre-date Adult Swim itself, tying back into “Space Ghost: Coast to Coast.” That show helped pioneer the sense of erratic, non-sequitur, and sometimes absurdist humor that would come to define much of Adult Swim’s programming.

Where as “Space Ghost Coast to Coast” used Hanna-Barbera characters from the “Space Ghost” universe to create a talk show, “Harvey Birdman” went a step beyond that by utilizing the breadth of the company’s library of cartoons to create storylines involving characters from “The Flintstones,” “The Jetsons,” “Inch High Private Eye,” “Yogi Bear,” and “Scooby-Doo” getting themselves into some occasionally severe legal trouble.

“Harvey Birdman: Attorney at Law” originally premiered as a special on Cartoon Network in late 2000, but was used as a part of the debut Adult Swim line-up when the programming block was officially launched in September of 2001. 38 more episodes of the show were produced over the next 7 years before it completed its run. Fans would ultimately be surprised though when a one-off special, “Harvey Birdman: Attorney General” dropped in 2018.

As for Birdgirl herself, she’s been one of the side-characters in the series, assisting Harvey in his legal battles. Played by Paget Brewster, Birdgirl’s erratic behavior is linked to her having to hide her actual identity of Judy Ken Sebben, the daughter of law-firm owner, Phil Ken Sebben.

Thankfully, Brewster has been confirmed as reprising her role as Birdgirl/Judy, but as of this writing, there’s no official confirmation we can find as to whether or not Gary Cole‘s Birdman, or Stephen Colbert‘s Phil Ken Sebben will be showing back up for the continued shenanigans.

Though this doesn’t quite take the sting out of the somewhat recent cancellation of fellow long running Adult Swim show, “The Venture Brothers” it’s nice to see the network paying its dues to one of its originals.

You can check out the first look video below, and keep a legal eagle eye out for the series when it premieres on April 4th.