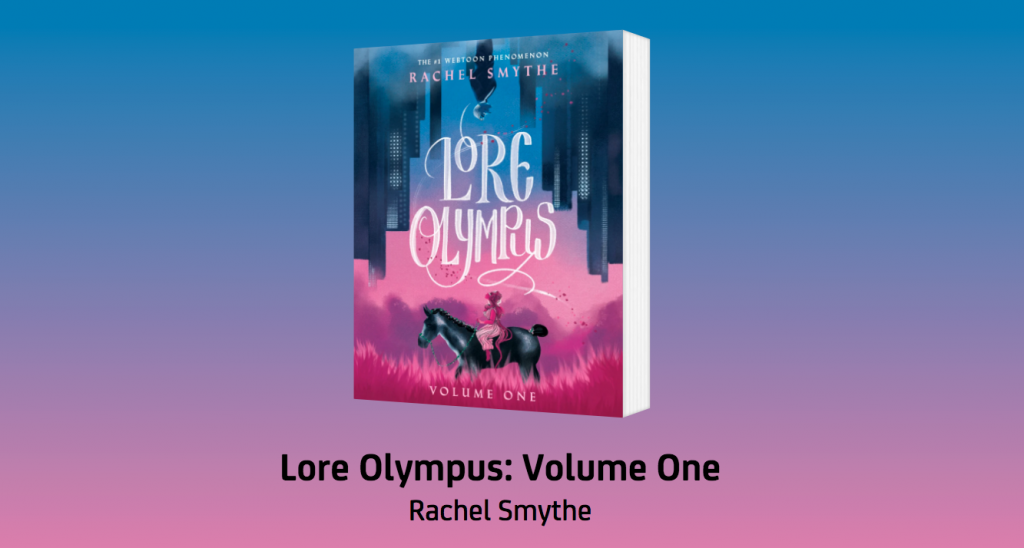 We are so absolutely delighted to share the news that Rachel Smythe‘s amazing web comic “Lore Olympus” is getting a multi-volume omnibus published by Penguin Random House.

The news was shared this morning by Smythe herself in the official Lore Olympus fangroup on Facebook.

Today marks the Third Anniversary of Lore Olympus on LINE WEBTOON Originals.
It’s been an incredible journey to date sharing the story of Hades, Persephone, and the rest of the pantheon. Thank you so much for reading, creating fan works, and supporting this story as it has grown over the last three years.
It gives me great pleasure to announce that Del Rey Books & Random House are bringing Lore Olympus to print!
Volume One will be published on October 5, 2021, and is available for pre-order now. This volume collects episodes 1-25 with an exclusive bonus chapter.
Find out more at loreolympusbooks.com

Experience the propulsive love story of two Greek gods—Hades and Persephone—brought to life with lavish artwork and an irresistible contemporary voice.

Scandalous gossip, wild parties, and forbidden love—witness what the gods do after dark in this stylish and contemporary reimagining of one of mythology’s most well-known stories from creator Rachel Smythe. Featuring a brand-new, exclusive short story, Smythe’s original Eisner-nominated web-comic Lore Olympus brings the Greek Pantheon into the modern age with this sharply perceptive and romantic graphic novel.

This volume collects episodes 1-25 of the #1 WEBTOON comic, Lore Olympus.

Here’s hoping we’ll hear an update about that Netflix adaptation from Jim Henson Studios before too long.