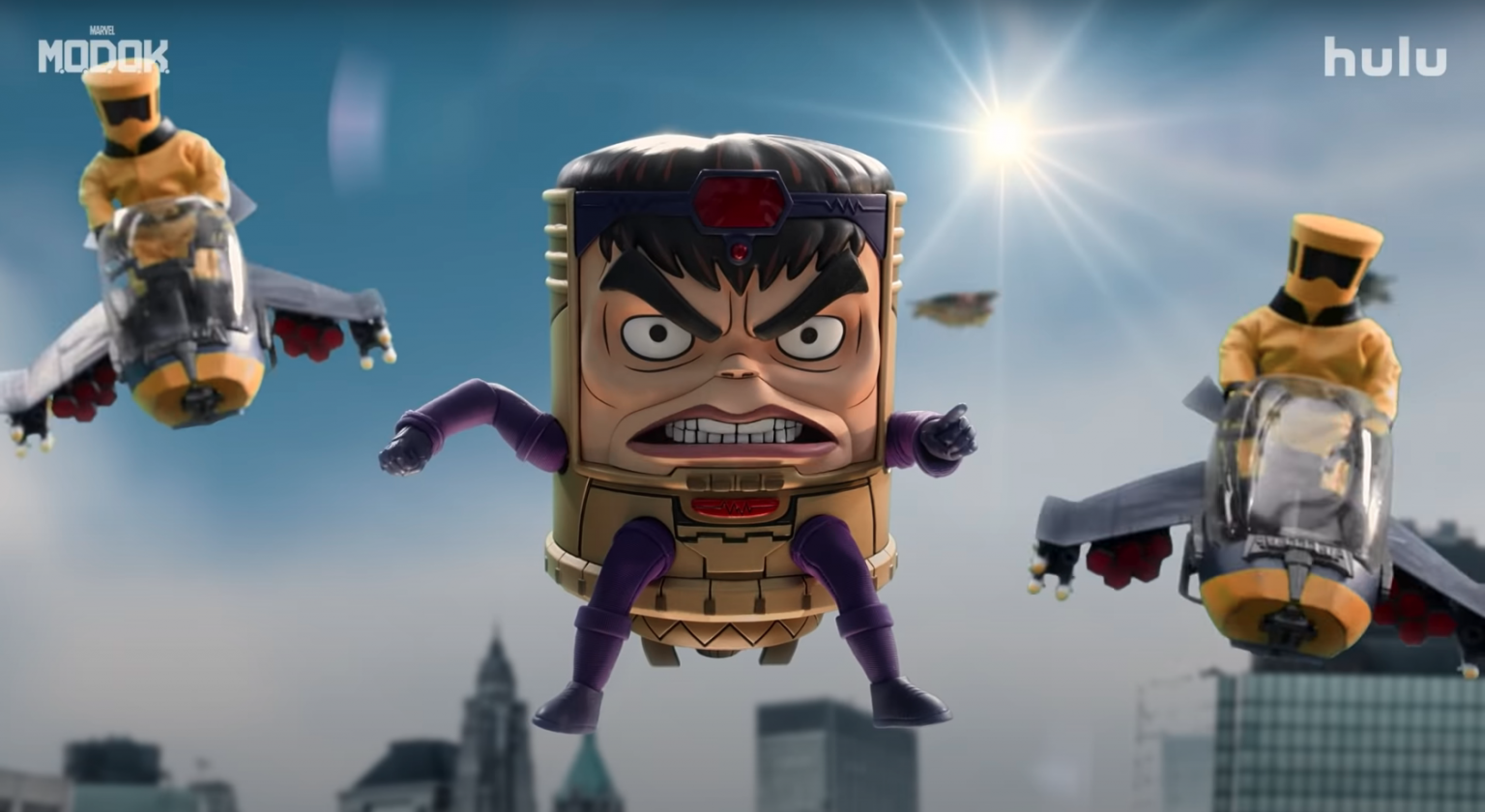 We’re gonna say it again, but the very idea to have a M.O.D.O.K. cartoon series is freaking awesome, and we’re really excited that Patton Oswalt is voicing him. Sure, it’s not quite as awesome as say, a “Howard The Duck” series from Kevin Smith, but we have pretty high hopes for the Hulu animated series.

“In Marvel’s M.O.D.O.K., the megalomaniacal supervillain M.O.D.O.K. (Patton Oswalt) has long pursued his dream of one day conquering the world. But after years of setbacks and failures fighting the Earth’s mightiest heroes, M.O.D.O.K. has run his evil organization A.I.M. into the ground. Ousted as A.I.M.’s leader, while also dealing with his crumbling marriage and family life, the Mental Organism Designed Only for Killing is set to confront his greatest challenge yet!“