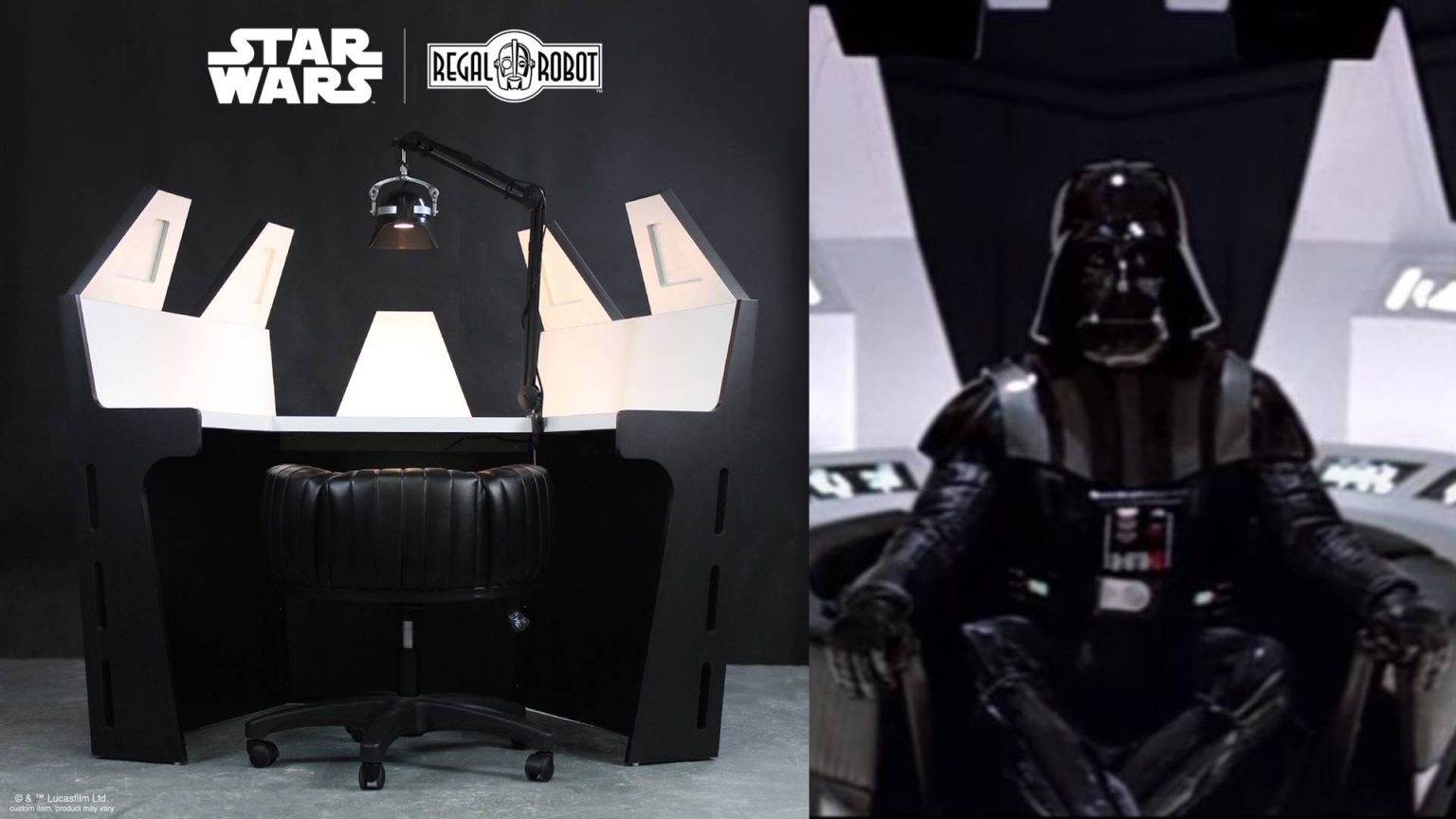 Not many things I can look at and say “It’s perfect.” But when I stumbled upon this desk it was the only thing I could think. The desk was a custom order from Regal Robot by Brandi R. Harkness-Bruce who found the company on one of her “Star Wars” fan forums. The desk she would come to order would be the same one that we are completely in love with today.

Initially, Brandi requested a modification of Regal Robot’s Emperor’s chair based on the one from “Star Wars: The Empire Strikes Back.” Since she had some very specific needs however, they took the conversation one step further. Brandi is an artist, and has always loved Darth Vader. She is also into Zen Buddhism, so that’s where the idea to bring his meditation chamber to life came from.

While speaking to Regal Robot, Brandi went into some detail about her idea:

“I’m deeply in love with Darth Vader – I believe that in both cinema and every literary format, he is the character that is more credibly human than any other. Being into Zen Buddhism, I thought it was only fitting if there was someway to figure out a way to bring the meditation chamber concept to life. I was definitely thinking that it would be impossible. But lo and behold, in the amazing sketches that I was given to look through, there it was!“

Brandi uses the desk to draw her artwork on and says that the light from above makes it perfect to work. The chair is also one of her favorite things because she has the mobility to be able to tattoo in it. The light is shaped like Darth Vader’s Helmet which really adds to the aesthetic.

This incredible Star Wars™ desk and chair set was custom-made for a client’s studio. She initially reached out to us about customizing one of our Emperor Throne Chairs, and after a bit of brainstorming, we explored a number of Imperial and Darth Vader themed furniture concepts too. Working closely with Lucasfilm, we sketched a number of interesting chairs and furniture based on Darth Vader and the Death Star.  Eventually, we hit on the idea of creating a set based on Vader’s iconic meditation chamber in Star Wars: The Empire Strikes Back.

Bridging form and function, we captured the look of that chamber in a three sided desk, using custom laminated millwork to recreate the bold white interior and imposing black shell. Angled shapes reach up to the sky, as if waiting for the top half to descend as it did in the film. The end result is a functional desk with a work space that, while not being a direct replica of the set, feels plucked right off the screen! The faux leather, adjustable height stool was custom upholstered to mirror the look of the seat in the chamber on set. The finishing touch is a built-in adjustable desk lamp, crafted to look like crane which held Darth Vader’s classic helmet in the scene!

If this desk is something you would like to see in your own home you can contact Regal Robot and ask about a custom order. They also have other furniture in their online shop, check it out here.