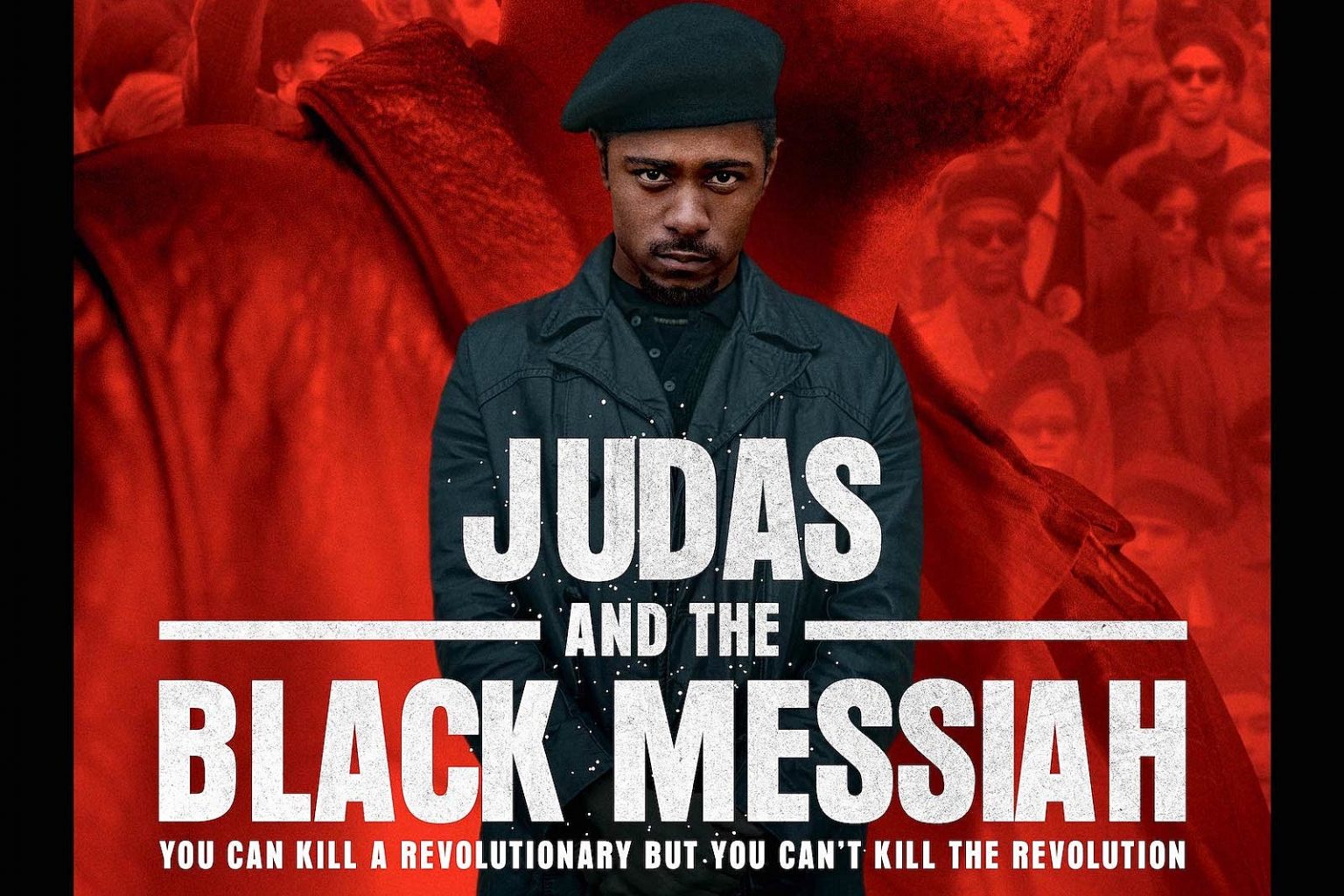 It feels like forever since I’ve seen a good movie. Much of that is by my own critical design- choosing to review the worst of the worst on a weekly basis. Which in turn makes “Judas and the Black Messiah” that much more refreshing. Brilliantly acted, expertly filmed, and complex in both its depictions of its real life characters and events, “Judas and the Black Messiah” feels eerily as relevant today as it does through lens of the past during which they occurred.

Its strengths are furthered by being unafraid and unwilling to water down much of its complex themes and messages, making it a force to be reckoned with, even if it may be hard to do sometimes.

I can’t remember a film that so unabashedly cast a cloud of gray above its would be heroes quite like “Judas and the Black Messiah,” especially when one considers the numerous tragedies that took place during the course of their short lives. This fearlessness will no doubt unsettle many, and complicate the very visceral response both emotionally and mentally the film draws out of its viewers. “Judas and the Black Messiah” is as tense as it is intense, and while its recounting of historical events may be too wide of a sprawling narrative to encompass it all, the film forces us to wrestle with much more than just the racial and social injustice the entirety of the film is rooted in.

Written and directed by Shaka King (co-written by Will Berson), the film follows the last year of the life of BPP Chicago Chairman Fred Hampton and the events that lead to his murder at the hands of the FBI. After being deemed a terrorist threat by J. Edgar Hoover and the FBI, agent Roy Mitchell recruits petty thief Bill O’Neal to infiltrate the party and bring down its leader by any means necessary. As O’Neal gets deeper as both an informant and into the party, he is increasingly conflicted about his actions, and begins to suspect that the FBI is out for much more than just removing leadership.

There is a lot to unpack in “Judas and the Black Messiah,” and even more in the historical events it attempts to depict. This in turn does cause some things to fall by the wayside, like glossing over the Rainbow Coalition and some Black Panther members who had a profound effect on the events covered in the film. Likewise, Hampton’s messages and life are painted in much broader strokes than they should be, in part because there just isn’t enough to time to explore them fully but also because narratively, the film is told more through the eyes of his detractors rather than his revolutionary brothers and sisters. It makes sense to a certain extent; the film is about how O’Neal views Hampton and the BPP rather than the BPP and Hampton himself. So while it is deliberate in its delivery, it still leaves a lot to be desired despite achieving what the film intends to do, and does so very well.

These desires are furthered by the brilliant performance of Daniel Kaluuya as Fred Hampton. Kaluuya is electric and commanding while still somehow remaining vulnerable and human. He delivers an incredibly nuanced performance, one deserving of every notable award nomination out there. I’ve be a longtime fan of Kaluuya and his work, but he taps into something here that demonstrates his superb ability in ways we haven’t seen. Seriously, he’s so good here. Kaluuya’s Hampton is a major factor in wanting more of him in “Judas and the Black Messiah,” wishing for a deeper look at the Black Messiah and less on Judas.

That’s not to say Lakeith Standfield isn’t up to the task, because he most certainly is. I will say this until someone makes it right: there is no logical reason Jared Leto should have any whisper of a nomination for a distracting and out of place performance in a sub par film when Standfield’s O’Neal exists in “Judas and the Black Messiah.” It is baffling, and perhaps an example of how brazen the film is that it would be overlooked for being so. I would argue that excluding a film and the actors in it simply because the subject matter is hard to deal with is exactly why something “Judas and the Black Messiah” exists in the first place. Standfield’s snub is downright baffling, and I can’t even begin to explain how frustrating it is see again.

The whole cast delivers poignant and complex performances, including Dominique Fishbanks, Jesse Plemmons, and Ashton Sanders. While the script may not do well enough to give everyone their due, no one onscreen delivers anything less than greatness. Again, the scope is big here, and then lens may be a little too restrictive to really flesh out many aspects of the events, but every actor makes a case as to why they should not only be included, but their real life counterparts be researched further after the film concludes.

“Judas and the Black Messiah” is raw and intense, tackling deep rooted issues of racism, social injustice, and corruption head on and unflinching in how it does so. Lingering shots of haunting reactions to tragic events, tight, tense shots and scenery that almost feels claustrophobic in a big city. The brilliance from King’s direction makes you feel the oppression of the city simply by demonstrating the city itself and its characters in it. Though foreboding and a predetermined conclusion, “Judas and the Black Messiah” digs its hooks into you and refuses to let go until the credits roll.

It is troubling how relevant events that took place in 1969 echo with familiarity today, and because “Judas and the Black Messiah” is acutely aware that, it chooses to barrel forward without restraint rather than try to tone it down to be a bit more palatable for casual viewers. Racism and films about them are rarely easy to watch, and “Judas and the Black Messiah” makes no qualms about how difficult it was and will be to decipher and navigate through. But powered by an incredible cast and passionate direction, the film is a much watch regardless of how difficult it may be to do so.

We need more films like “Judas and the Black Messiah,” which is available to stream on HBO Max now.