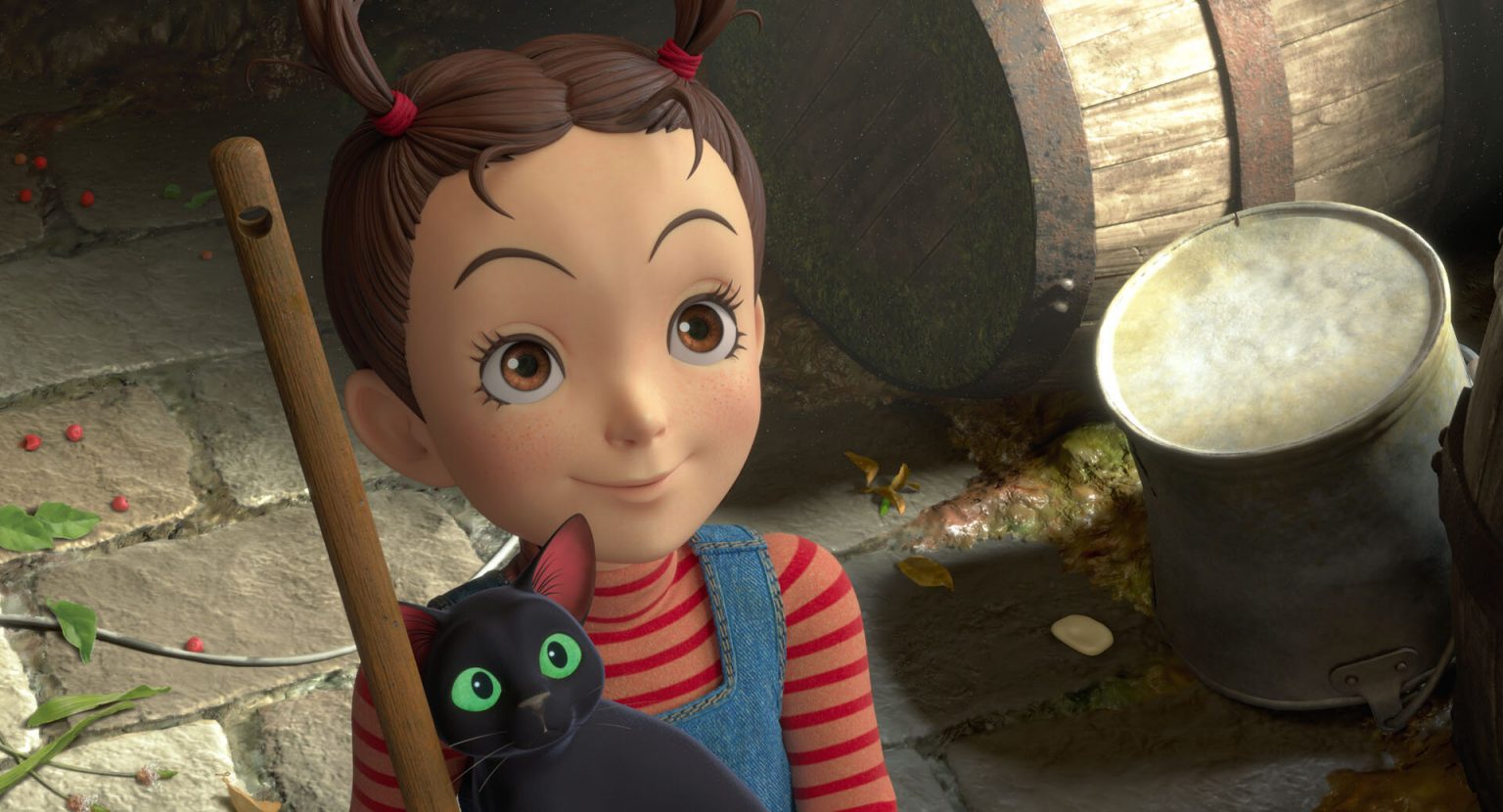 I’ve seen a lot of people in Ghibli Facebook groups and Twitter on the fence about the new CGI animated feature film, “Earwig and the Witch.” It is the first feature film put out by Studio Ghibli in CG, and it was done exceptionally well. It still has all of the elements you would want from a Ghibli film. Including the re-watch value because once you watch this once when you re-watch it you will notice tiny details that you didn’t pick up on before. I’m going write this as non spoilery as I can.

Directed by Goro Miyazaki, son of Hayao Miyazaki, “Earwig and the Witch” seems like a step in a new direction for the company. They haven’t had a feature film come out in a few years now and people are saying that this film is putting it nicely, not good. But I believe if you’re a fan of fantasy and fairy tales you’ll find redeeming qualities in this film.

A little back story on the film may be necessary to understand the pushback on this film. Goro Miyazaki was left to his own devices after given the go ahead from the studio to make this film. It was made for direct to television broadcast and did not have an exorbitant budget like other Ghibli films have had in the past.

Goro spoke to The Mainichi Shimbun’s Mantan-Web via Anime News Network about the project:

“I was the only one among the people at Ghibli who knows that method of creation, so I was able to push the project forward without consulting with anyone. Hayao Miyazaki told me to go ahead with it, and producer Toshio Suzuki encouraged me, saying that it seemed like a fine idea, but after that, I was left to my own devices. I was basically abandoned, so I made the anime with a young staff and didn’t consult with the old guys at all.”

The film is well done and looks very pretty. The animation and the facial expressions are pulled off well. The story is interesting and moves quickly.

The story starts out with Earwig’s mother leaving her at an orphanage because some witches are chasing her. Earwig comes to run the place and gets the children to do whatever she wants. Children come and go but Earwig finds comfort in the fact that she has control over what little she has. Until one day when a mysterious couple come in and chose her to take home with them.

Bella Yaga and The Mandrake walk her home and Earwig becomes “an extra pair of hands” for Bella’s work. The story continues as Earwig and Bella’s familiar find ways to combat the grumpy old witch. Earwig wants to learn about magic and Bella needed extra help so they make a deal that Bella would teach her in payment for her help. When Earwig realizes that Bella doesn’t intend on teaching her anything she finds ways to show she’s upset.

The Mandrake is one of the best characters in the film. He’s mysterious and quiet and all they tell us is that “you definitely don’t want to upset him.” He comes off as grumpy but you’ll find he’s not as scary as he seems to be.

The musical elements of the film including the band that Earwig’s mother was a part of are a nice touch and an important part of the story. Without going into too much detail her mother, Bella Yaga and the Mandrake are all connected in ways that are shown throughout the movie. There are nice flash backs to them when they were younger that really adds to the story.

Though Earwig’s motivations are mostly of self interest its also a very cute story of a child’s acclimation into a new environment. Bella Yaga is a mean teacher(if you can call her that) and while she does show character development you really get the feeling that she’s stuck in her ways. In the film you get to see how Earwig affects the two and how they start to slowly change into warmer people with her around.

The story does leave you wanting more. There is a surprise at the end that makes you think there might be a sequel which I hope that Goro gets to do. All other Ghibli movies don’t really have sequels unless you count “Whisper of the Heart” and “The Cat Returns” as one. But even then they just build off something that was featured in the first film and gave it its own individual story.

I watched the entire credits which have a lot of cute illustrations of their lives after the film takes place and it did make me feel a bit better about where it leaves off. It seems like they just find a nice family dynamic and then it’s “end scene.”

“Earwig and the Witch” is a great movie and one that you can watch with the whole family. If you would like to watch this movie it’s now streaming on HBO Max.