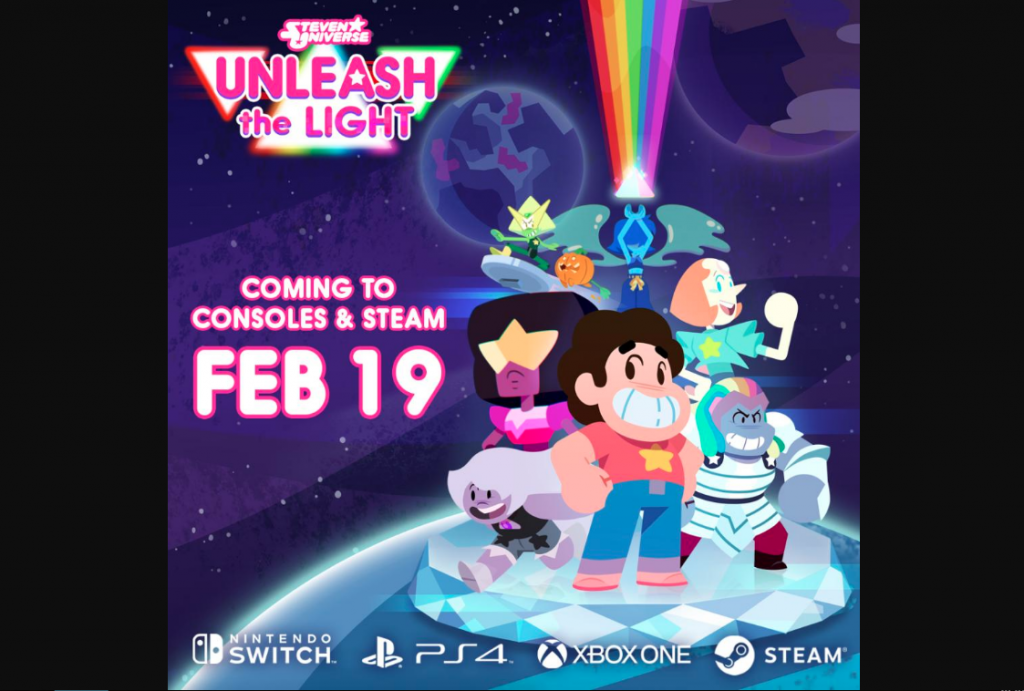 The wonderful Cartoon Network show “Steven Universe” already has it’s own game, but the next chapter is coming to the Nintendo Switch, XBox, and Playstation systems next week!

“Steven Universe: Unleash the Light” is actually the sequel to the mobile game, “Steven Universe: Attack the Light.” Both are puzzle RPG games, with side quests, crafting, upgrades, and a total of 8 playable characters. (not including fusions) In addition, both games are cannon to the “Steven Universe” series.

We suggest playing the first game, “Steven Universe: Attack the Light” before you play the sequel, as the stories tie directly into each other. You don’t need to play the first though, as Steven himself recollects what happens before any major plot happens in the sequel.