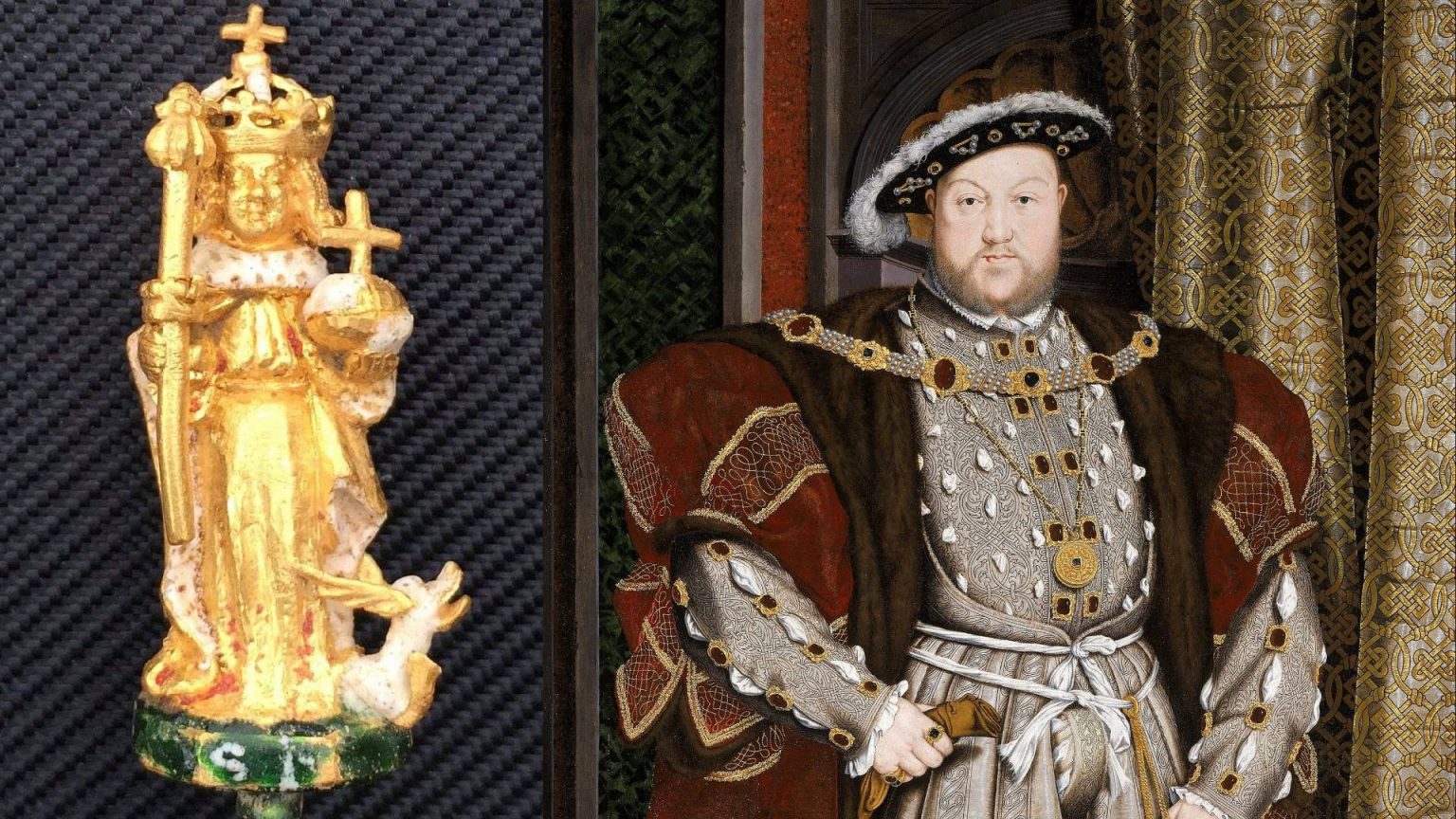 An amateur treasure hunter has just uncovered a lost centerpiece from one of King Henry VIII‘s crowns. While searching for metal in a Northamptonshire field, Kevin Duckett came across a very strong signal next to a tree, and dug a few inches down. There he found the artifact, and at first thought it was some type of foil or a gold bottle cap.

When he took it out of the ground he realized that what he had just dug up was solid gold. He cleaned it off and took it home so he could do more research and contacted his find liaison. The artifact now sits in the the British Museum and could be worth over £2 million or $2,740,900 American dollars if you want the conversion.

While speaking to The Sun, Duckett said:

“I’d been there about 20 minutes and found nothing. Then I got a very loud positive signal from my detector and started to dig down before spotting something. It was lodged in the side of a hole just a few inches down. I carefully removed it and knew by its colour and weight that it was solid gold.

I brushed off the soil and sat down in amazement. The rush of adrenaline and the buzz of excitement started to flow through my body. I was holding what appeared to be a heavy solid gold and enamelled figurine.”

This find solves a 400 year mystery of what happened to parts of the King’s crown.  When Oliver Cromwell abolished the monarchy in 1649 and beheaded Charles I, he ordered this particular crown melted down and minted into coins. At the time Cromwell ordered it to be dismantled by Parliament, it was valued at around $2,000.