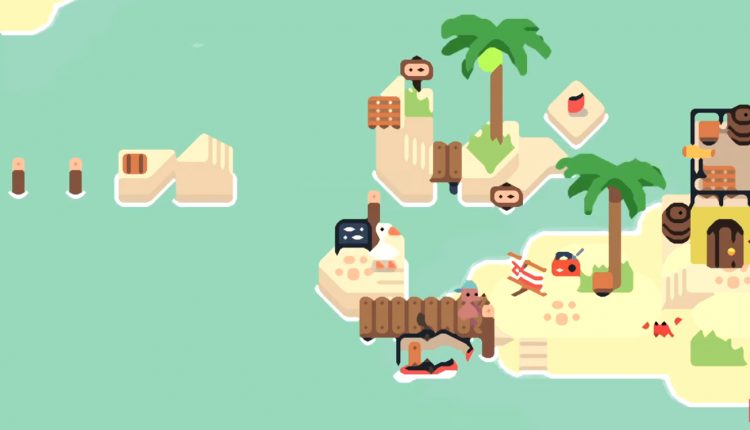 Save Your Animal Friends From a Fiery Death in “Pocket Watch”

Do you love adorable animals? Want to save them from a fiery death? Then this is the game for you! “Pocket Watch” is an adventure game from Sokpop in which you take on the role of a heroic duck. Your goal is to save your animal friends from a fiery death due to a volcano eruption. To do so, you will utilize a time-loop mechanic that will help you learn from your mistakes.

You certainly won’t succeed the first time. In fact, you won’t succeed the second time either. However, each time you fail you will learn more about what you need to do the next time. It’s very reminiscent of the time shenanigans seen in “The Legend of Zelda: Majora’s Mask.” Although honestly, we would rather burn to death than face that creepy moon. On your journey, you are aided by a crow with a mysterious background.

“Pocket Watch” is a short and sweet title. In total, it will only take you a few hours to rescue your friends. However, like many adventure games there are multiple endings to discover. Additionally, you can replay the game to try and nab all of the collectables it has to offer. The game boasts over fifty collectables in total.

So if you would like to get up to some time shenanigans with one ambitious duck, give “Pocket Watch” a try. Currently, the title is available on on Itch. However, it will likely make its way to Steam in the future. Have fun and don’t burn up!