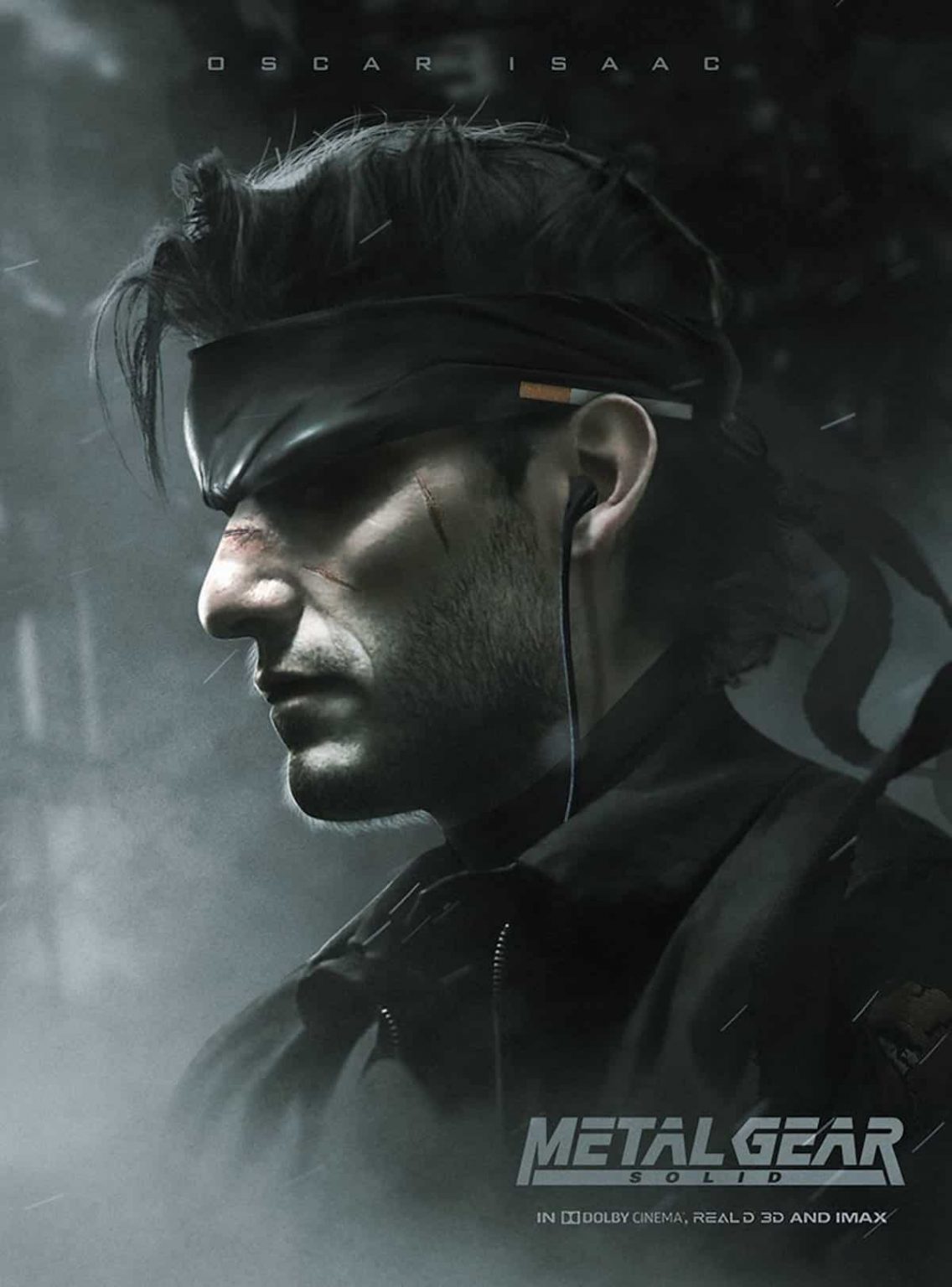 Just how many times is BossLogic gonna be right with his spot-on casting, anyway?! (We say that with nothing but love, because we adore him and his art!) The newest confirmation that goes in line with a piece of BossLogic fan-casting artwork is the long-mentioned casting of Oscar Isaac as Solid Snake in a live-action film adaptation of video game title “Metal Gear Solid.”

Deadline reported the news, saying that sources have confirmed to them this is a done deal for Isaac to play Solid Snake, and so does The Hollywood Reporter (so we’re more inclined to believe it now).

Jordan Vogt-Roberts (“You’re The Worst,” “Kong: Skull Island“) is developing the film for Sony, which he will also direct, from a script by Derek Connolly (“Kong: Skull Island,” “Jurassic World,” “Star Wars: The Rise of Skywalker“). Avi Arad is producing, and Peter Kang is overseeing for Sony in a producer role.

Originally released in 1987 for PlayStation, the Hideo Kojima game was published by Konami, and has continued to be a popular title.

We’ll obviously let you know what else we hear about this and other projects.

Enjoy this clip of Isaac casting himself in the role back in 2019 during a press junket. It’s adorable.