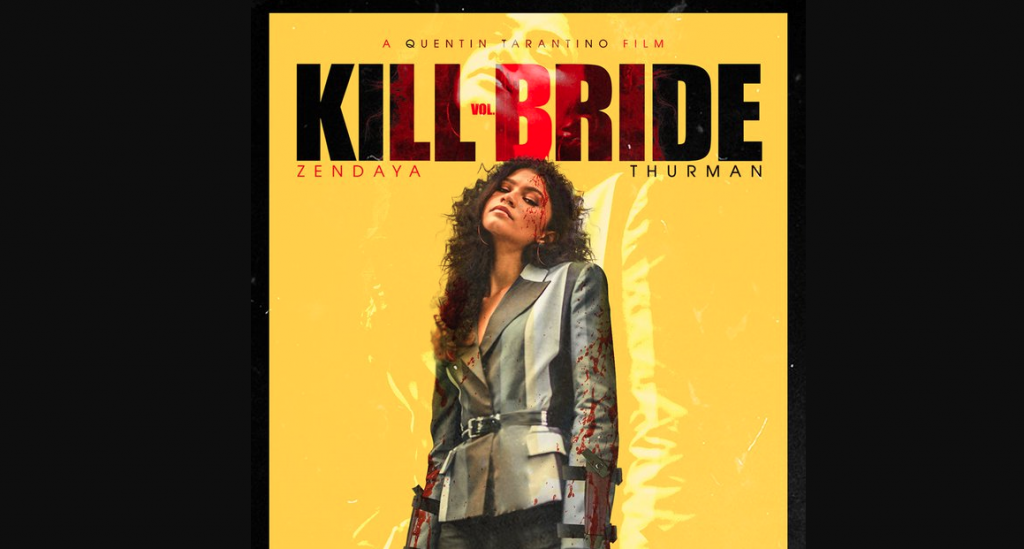 BossLogic's imagining of Zendaya as Vivica A. Fox's daughter in a future "Kill Bill" film
Movies

Bless BossLogic. He’s one of our favorite artists, and we always love anytime he posts a new piece. This one in particular is PERFECT, featuring Zendaya as the daughter of Vivica A. Fox‘s character from the “Kill Bill” films.

If you’re asking yourself why, let us explain.

Just last week, Fox went on record as saying she believes that Zendaya would be the perfect choice to play her daughter in a third installment of the Quintin Tarantino franchise. While speaking with NME, Fox said:

“I haven’t got any official word [on ‘Kill Bill Vol. 3]. I had a feeling that hopefully [Tarantino] was waiting on the actress who plays my daughter to grow up a little bit. But then I was doing an interview and they asked, ‘What young actress would you get to play your daughter?’ and I was like, ‘No, Ambrosia!,’ but they meant an established actress. So I went, ‘Zendaya!’”

And you know what, we have to agree with this piece from BossLogic.

Also, we absolutely cannot WAIT to see Zendaya as Chani in the upcoming reboot of “Dune” from director Denis Villeneuve.