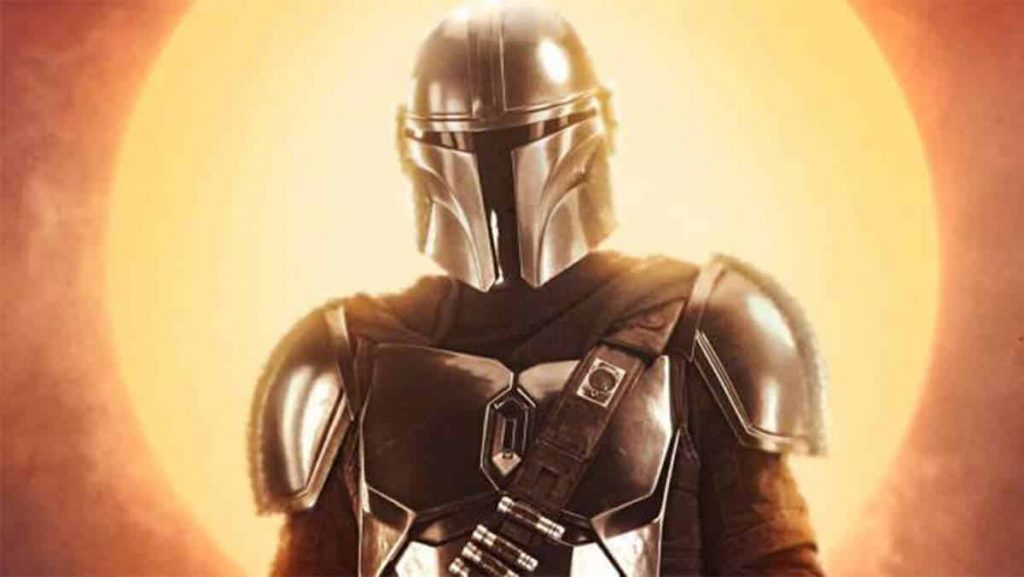 “The Mandalorian” is as Good as Television Gets [Spoiler Review]

In yet another impossible milestone, the latest episode of “The Mandalorian” has somehow managed to out do itself. For a show that is all but universally accepted as being the best Star Wars has to offer at the moment, it is even more incredible that a single episode stands out among the rest, especially considering that the rest are consistently good. But Chapter 13 has something special in it, and I’m not just talking about the character reveals and easter eggs, either. The latest episode of “The Mandalorian” has elevated itself as the new standard for an already bar raising series. I had such a visceral response to this episode that I felt compelled to whip out the laptop and share my thoughts.

No other episode of the show has a warranted a singular episodic review and analysis, which should be a further indication of just how good this episode truly is. It may seem silly to write a review of an episode that everyone agrees is fantastic, but I felt it necessary to ask why. Why is THIS episode so much better than we ever expected it could be? When our expectations of “The Mandalorian” were already so high and the show rose to the challenge to meet them? Well, I’m going to my best to answer these questions. Fair warning, there will be some spoilers, and there will be other warnings for those spoilers throughout, so if you haven’t watched the episode yet, it’ll be best to stop reading and come back when you’re ready to dig in a little deeper into it without ruining the show for yourself.

It’s no secret that Star Wars’ true secret weapon is none other than Dave Filoni. Not only is he intricately tied to the overall Star Wars narrative, he is also a truly competent filmmaker. Filoni not only understands Star Wars on a level that very few (even some creators, honestly) do, but he is also capable of bringing that understanding to life onscreen. As evident through his work with “The Clone Wars” and “Rebels“, he is able to take on the serialized approach of episodic television and tell feature film worthy story arcs across multiple episodes. Through his deep understanding and love for the lore, Filoni was able to make two animated series aimed at children into layered and complex storytelling for adults and fans, all the while never losing sight of either.

And that brings me to my next point about why Filoni is a major factor in the brilliance of Chapter 13: he is, without a doubt, a fanboy. He is unequivocally a Stan for Star Wars, but (and this again is a compliment to his compotency as a filmmaker) never ever lets that become toxic. I’ll be the first to admit that I am part of the problem, but if we’re being really honest, Star Wars fans are THE worst. Fans have literally bullied and cried so much we forced a major studio to completely miss the mark with their feature films simply to cater to every single whim we boo hooed them with.

But Filoni never let’s his love for Star Wars get in the way of telling good Star Wars stories, and that’s what you have here in this episode. Underneath every easter egg and tie in to the previously worked on series, Filoni tells an incredible, restrained, gorgeously constructed story. It is visually stunning, and those visuals pay numerous homages to spaghetti westerns in the best of ways. Filoni seems to understand more than most that despite all the leeway he has to connect “The Mandaolorian” to “The Clone Wars” and “Rebels“, above everything the show is still about a space cowboy and his child. Filoni does so much right here that this episode could be considered a masterpiece in its construction and execution.

Alright, here it is. Your Spoiler Warning.

You’ve been, you know, warned.

Balance to the Force

I talk a lot about balance in my reviews as it is one of those make or break things for any film or episode or show that all of its success or failure is built on. For a show like “The Mandalorian” and existing in a Star Wars world that is rife with imbalances, there is quite literally no room for error when it comes to each episode of the prized show. Episode 13 rises to this occasion like I haven’t seen before, beautifully balancing the space cowboy adventure of the episodes before it with the overwhelming fan service of “The Clone Wars” and “Rebels” tie ins.

Fans are treated to the very first live action Ahsoka (played by the perfectly cast Rosario Dawson), mentions of General Thrawn, learning the name of Baby Yoda (Grogu is fine, although many of us will probably continue to use Baby Yoda regardless of its accuracy), and the potential for more Jedi cameos down the road, there is a LOT for fanboys to gush over. It feels like a reward for being so dedicated to everything Star Wars, and it is here where we need to pause and discuss what it looks like when this is done in the wrong way without balance to understand why and how chapter 13 does it with near perfection.

Unfortunately, we have to talk about “Rise of Skywalker.” I’ve discussed this cacophony of laser sounds and Finn yelling “REY” ad nauseam, so I won’t linger on it too much. But like Filoni using the episode to give fanboys a reward for their dedication, “Rise of Skywalker” is a reaction to fanboys disdain for “The Last Jedi.” Everything in “Rise of Skywalker” is meant to either retcon the previous film or pack it with as many fan service moments as it can all while forgetting to tell a competent story. You need BOTH to have balance if you’re going to do it at all, and that’s why “Rise of Skywalker” failed at both so epically. They were so desperate to erase what fanboys cried loudly was a mistake that they ended up overcompensating and creating new, unforgivable ones. This left viewers with a tonally imbalanced, nonsensical, overblown story that is so forgettable I’d confidently venture to say none of us have watched it more than once on purpose.

By contrast, “The Mandalorian” gives us both in a perfectly balance episode, with fan service never overshadowing a well told story and the latter never dulling the effects of the fan service. The greatest part about this balance in Chapter 13 is that even if you don’t know who Ahsoka and Thrawn are, the episode is still amazing to watch. Seeing Ahsoka double wielding lightsabers and having a martial arts heavy stand off/fight reminiscent of “Kill Bill” is still intriguing to watch even if this is the first time you’ve ever heard the name Ahsoka. If you’re like me and she is at the top of your list of all time greatest characters in the entire Star Wars universe, then you are rewarded by watching that very same scene with an added layer of knowledge and joy. I literally almost cried tears of joy when she showed up slicing through bad guys for the first time in the fog covered haze.

This balance is one of the key reasons Chapter 13 is so good and stands out among the rest. It’s not the first time we’ve been privy to easter eggs and characters like this, but everything is working so well and together and its execution is so masterful it deserves to stand tall. Everything from the gloomy grays of its color pallets and cinematography, its gunslinger stand offs, pacing, tension, music etc. All of it is working together to further the narrative of the series while also giving fans something to gush over. When everything is this balanced, viewers are given a glimpse at a truly special episode of television.

This is the Way

I get it, that was a lot of words to basically tell you that the episode is great and you’re right to love it so much. But Chapter 13 is more than just that, and it’s important to understand why a single episode elicited such a visceral response. “The Mandalorian” chapter 13 is this way because the people behind the episode are as much a part of Star Wars as Star Wars itself and they’ve crafted a perfectly balanced episode that packs a punch for both casual and hardcore fans.

The episode gives its viewers a lot to process, from exposition of the overall narrative to the overload of easter eggs and nods to the animated series to finally naming the child. It is a definitive episode not just for the show but for the whole of Star Wars. It is everything we’ve ever wanted from the galaxy far far away, and Chapter 13 nails it. I know there are still more episodes to come, and they may do just as much if not more, but I can’t help but feel like this latest episode is truly as good as it gets. That’s not to say any of the rest of the “The Mandalorian” is bad (because it absolutely isn’t), just that we should all take a moment to recognize that we’ve collectively watched something very special, and it deserves 1550 words to describe just how special it truly was. This is the way.