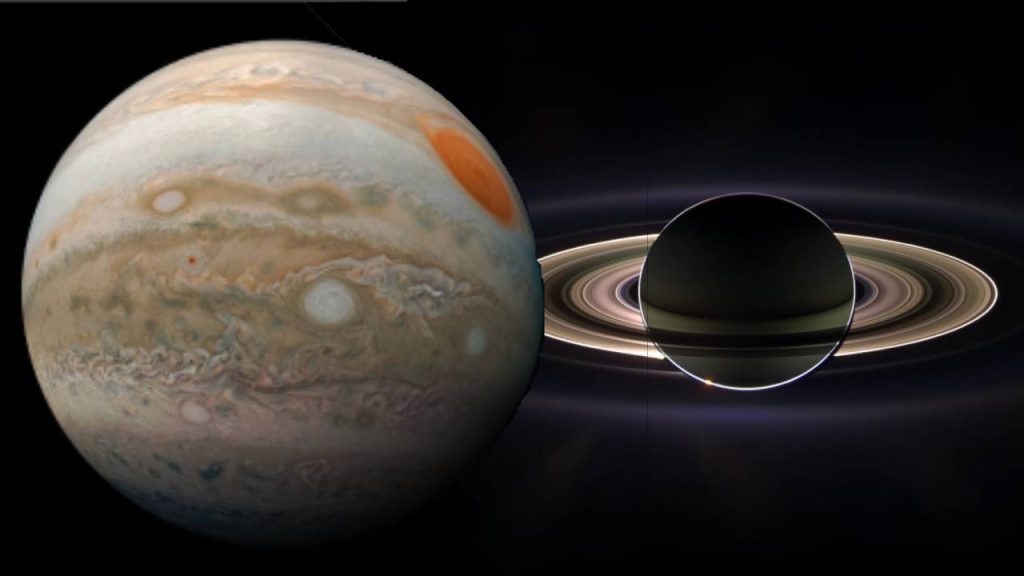 Jupiter, Saturn to Appear Closer Than Ever Next Month

Space fans it’s time to get excited. Pull out your telescope because you’re going to get a bird’s eye view of Jupiter and Saturn that hasn’t been witnessed in 800 years. They will both appear in the sky December 21st 2020, and it will look like a double planet. Meaning that they will be so close they will seem to touch.

This conjunction of two of the biggest gas planets in our solar system happens every twenty years. It is known as the Great Conjunction, and this time it will be one you don’t want to miss. Last time Jupiter and Saturn were this close to Earth was in 1226.

How can you see it?

First of all you will want to be as close to the equator as possible. Due to the positioning it will be harder to see it from places such as the United States, Canada, and Europe. So for people like me I’m just going to have to rely on pictures that others take of the conjunction.

Patrick Hartigan said via Business Insider, “Viewing conditions are best close to the equator, though no matter where you are there is maybe an hour or so to observe this conjunction before the planets sink into the haze.” “You will need to have a clear southwestern horizon and no low clouds in the distance.”

If you do end up missing this however, and are alive in the year 2080, you will get a second chance at viewing the Great Conjunction. March 15th, 2080 the two planets will appear just as close as this time. The only difference is that it will be much higher on the horizon so that it will be easier to see. So in sixty years if you missed it this time, you’ll have a better time viewing the planets in the night sky.