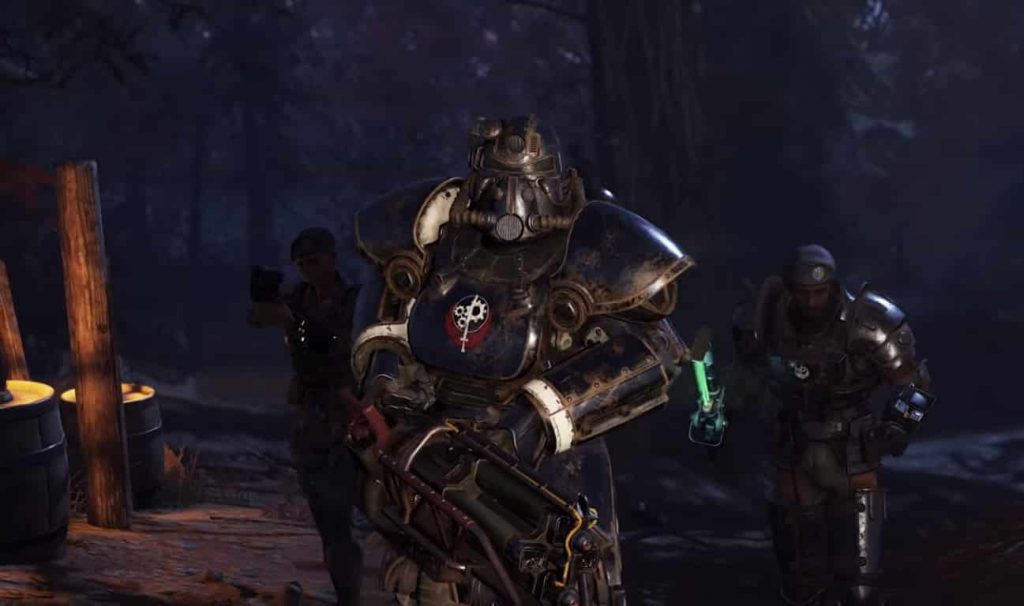 “Fallout 76” fans got a nice holiday surprise. Last night, the game’s latest DLC expansion “Steel Dawn” surprise launched a week early. Originally, the DLC was set to launch on December 1. However, it instead launched last night after a scheduled maintenance period.

In a blog post, Bethesda admits that this early launch is the result of an accident. Somehow, the update for Steel Dawn accidentally went live on Xbox One. This meant players could download the update but not play it. Rather than try and pull the update back, Bethesda decided to allow it to go live on all platforms a week earlier. After all, the DLC was already ready to go.

Obviously, this new DLC will see players interacting with the Brotherhood of Steel. As usual, you can choose to work with or against the group. These armor-enclosed soldiers work to keep dangerous technologies out of the hands of others. By doing so, they hope to protect humanity from mass destruction. They also protect humans by travelling across the land to destroy dangerous creatures.

In this DLC, you will encounter Paladin Leila Rahmani. Leila has recently decided to transfer her troops from California to Appalachia. Regardless of your choice to help or resist her, you can obtain new Brotherhood of Steel weapons and armor. It’s a nice addition to a game that has seen massive improvement since its original launch.

So head out into the wild and get yourself some fancy new weapons. You may even walk away with a shiny new set of power armor.