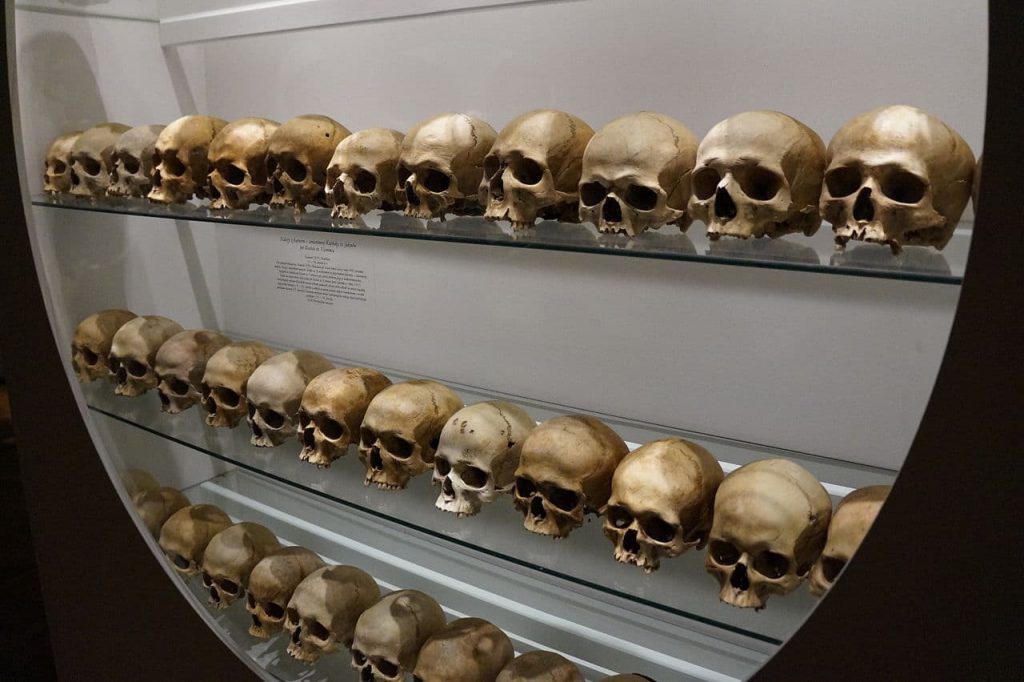 Some people have pretty elaborate plans for after they die. I’ve heard everything from wanting to be strung up like a puppet for one last scare, to just wanting a normal burial. Personally, I would like to be cremated and put into a nice jar kept on the mantle. Some want to leave something a little more to their loved ones, they want to leave their skull to them for display. But unfortunately…there a few reasons that you just can’t do that.

According to Caitlin Doughty is a mortician and the author of the New York Times bestseller “Will My Cat Eat My Eyeballs?: Big Questions From Tiny Mortals About Death” it has to do with the laws that morticians have to follow.

Abuse-of-corpse laws prevent people in the U.S. from dismembering a corpse after death. Mostly because of the fear of necrophilia…. But what if you just want to put little jewels in the eyes and put the bones on display?

“In every state, funeral homes use something called a burial-and-transit permit, which tells the state what is going to be done with a dead person’s body. Some laws prohibit human remains from being deposited anywhere that’s not a cemetery. The options are usually burial, cremation, or donation to science. That’s it: three simple things. There is no “cut off the head, de-flesh it, preserve the skull, and then cremate the rest of the body” option. Nothing even close.“

That said, you *are* allowed to donate your entire body to science. For example, you can donate your entire skeleton to a science classroom for strangers to study. So unfortunately for now, that means we’re not going to be able to make art out of dear old dad.

There is nothing against using the ashes of a loved one in art, like when people use their pets ashes in paintings. Or when your mother in law insists on getting jewelry made out of a beloved relative. But for now there’s just no way we’re going to be able to pull this one off…

Read more about why you can’t do this in this Atlantic article, “You Can’t Keep Your Parent’s Skulls”