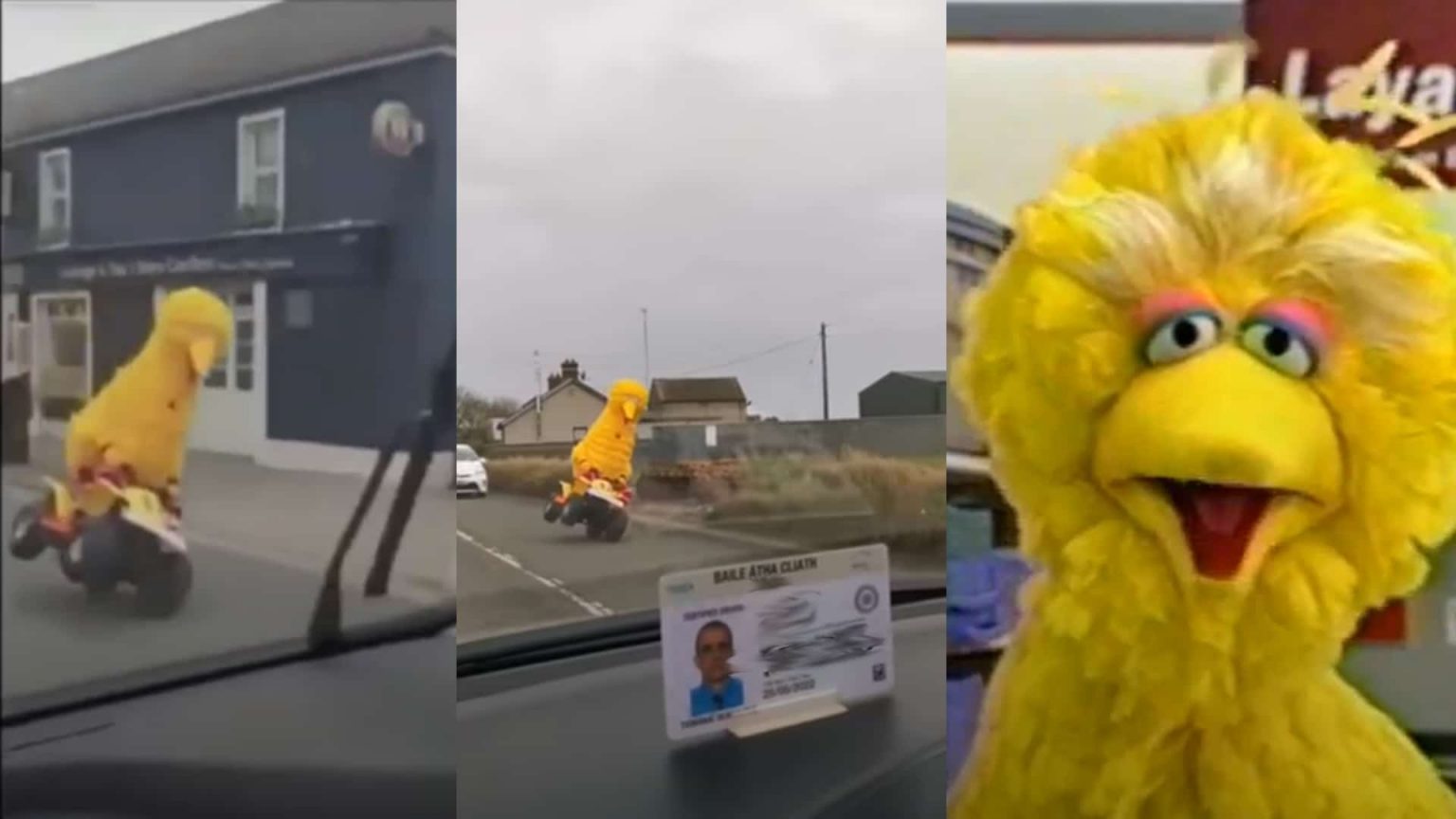 Big Bird Does 2-Wheelies on Busy Streets in Dublin, Ireland

I remember when I was little, and Big Bird was a role model. In fact, I used to care so much for that bird that when he was taken to the Dodo’s in “Follow That Bird” I wept. Sure, I was maybe 3- but he had to leave his family.

But now, it looks like he’s found his way back and is celebrating by showing off on his new toy. A small electric vehicle where he’s been performing side wheelies for show.

You can see Bird in all his wheelie glory in the video here.

From what we can tell from the ID in this video, he’s been driving around Baile Átha Cliath in Dublin, Ireland. Which must be pretty exciting for the residents there.

There have been a few sightings that were captured on video and many more that were not. Whoever is in that suit is probably having a great time seeing themselves on the net. And the best part is it’s technically a mask so it’s super safe given the current conditions.