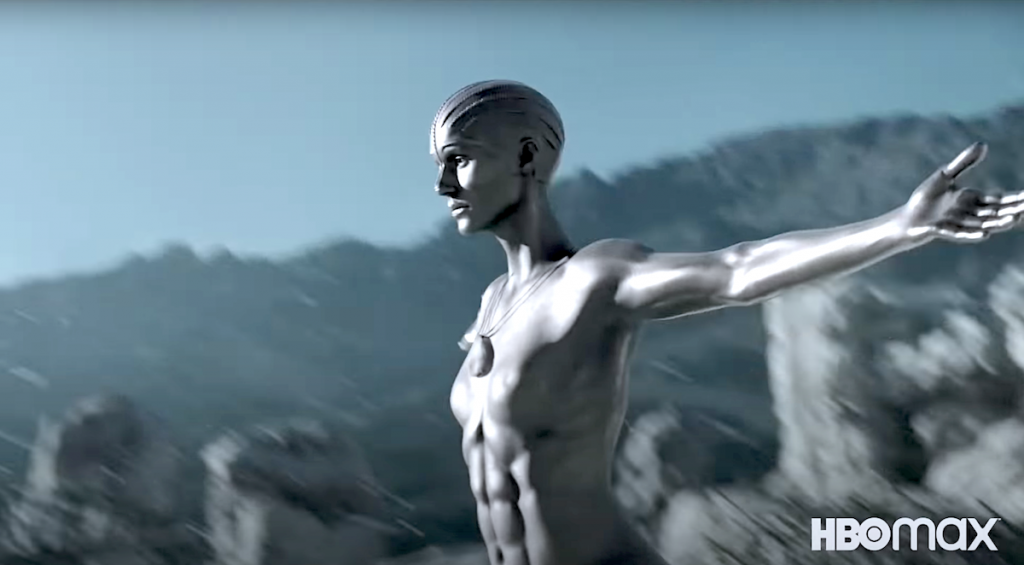 If you haven’t made the time to sit and watch HBO Max series “Raised by Wolves,” you absolutely should. It’s a beautifully designed, shot, and presented piece of science fiction, with more than a little influence and guiding hand from Ridley Scott.

It also just got picked up for a second season, which is FABULOUS news.

Series creator (and executive producer) Aaron Guzikowski recently spoke with ScreenRant about his influence in creating this rich and NEW landscape of humans and androids on planet Kepler 22b.

“I think it probably came from my experience as a parent. I have three young sons, and [I’m] thinking about raising them in this world where technology just keeps encroaching on us; the distance between humans and the technology we create is becoming smaller and smaller. And just thinking about, in terms of the future, if we were ever able to restart our civilization and we knew everything that happened on Earth – what would we decide to take with us and what would we try and leave behind? Is that even something we can control, or are we like androids, in the sense that we have these genetic programs and we’re just stuck in these cycles. It was kind of the combination of those two things.“

He also spoke about Ridley Scott’s involvement, which went from Scott Free agreeing to produce, to Scott directing the first two “Raised By Wolves” episodes himself.

“When we started out, I brought the script into his production company, and they were going to produce it. But then eventually he read it and decided he wanted to direct, which was incredible news to hear. From then on, it’s just really been an incredible collaboration. I think he’s been so generous, in terms of his experience. He’s put so much time and energy into this show, beyond the directing of the first two episodes. He worked on the post-production process for the rest of this series and the color grading and all of this fine-tuning stuff.

It’s so inspiring to be around him and to get to work with him, obviously. And he is just a big proponent of going by instinct and trying to break barriers and come up with new stuff. Because he helped design a lot of what we’ve come to know as the science fiction look for a lot of this stuff, so how to kind of push out beyond that – who better to do that than him?“

Amanda Collin (who is so facinating to watch in every single scene) leads the cast as the Android Mother, Abubakar Salim as android Father, Winta McGrath is Campion, Niamh Algar is Sue, Jordan Loughran is Tempest, Matias Varela is Lucius, Felix Jamieson is Paul, Ethan Hazzard is Hunter, Aasiya Shah is Holly, Ivy Wong is Vita, and Travis Fimmel (“Vikings,” “Warcraft“) is Marcus.

According to Variety, Ridley Scott calls the series a “must watch” show [and we completely agree]:

“Being a dyed-in-the-wool advertising man, I was knocked out by the extraordinary campaign done by HBO Max marketing, which conveyed the ambitious storyline in such a provocative and tactile manner, and deftly positioned our first season of ‘Raised by Wolves’ as a ‘must watch’ show. It must have been a notable challenge to selectively plumb the riches in Aaron’s storylines. We were even happier that audiences have responded so enthusiastically. We are already deep into the ‘layers’ of season 2, as Aaron has begun to shape what we think will be another brilliant season to inspire the imagination.”

“Raised by Wolves” season 1 releases new episodes on HBO Max every Thursday. The first episode is actually available on Youtube for free (depending on your region/location). We cannot recommend it ENOUGH.