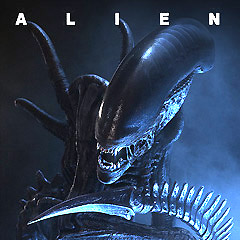 One of the greatest sci-fi films as well as one of the greatest horror films, Alien will be celebrating its 40th anniversary with a 4K Ultra HD release. Pam Dery and Director Ridley Scott supervised the 4K restoration of the film in 2018. The 4K Ultra HD version will be released April 23, with a special limited edition 4K UHD steelbook available exclusively at Best Buy.

The 1979 movie told the story of the ill-fated commercial spaceship Nostromo’s encounter with the alien xenomorphs and launched a franchise that grew to 4 film sequels with lead actor Sigourney Weaver as well as 2 prequel films. There were also two crossover Alien vs Predator movies. Alien won an Academy Award for Best Visual Effects, 3 Saturn Awards, and a Hugo Award.

The 2003 Director’s cut uses several alternate scenes not used in the 1979 version. Director Ridley Scott created the Director’s cut and had this to say about it:

“Upon viewing the proposed expanded version of the film, I felt that the cut was simply too long and the pacing completely thrown off. After all, I cut those scenes out for a reason back in 1979. However, in the interest of giving the fans a new experience with Alien, I figured there had to be an appropriate middle ground. I chose to go in and recut that proposed long version into a more streamlined and polished alternate version of the film. For marketing purposes, this version is being called “The Director’s Cut”.”

So, if you think you can handle it, try viewing this classic in its remastered form. Just remember while in space no one can hear you scream – the same can’t be said about your living room!

George Lucas Helps Direct a Scene in Game of Thrones