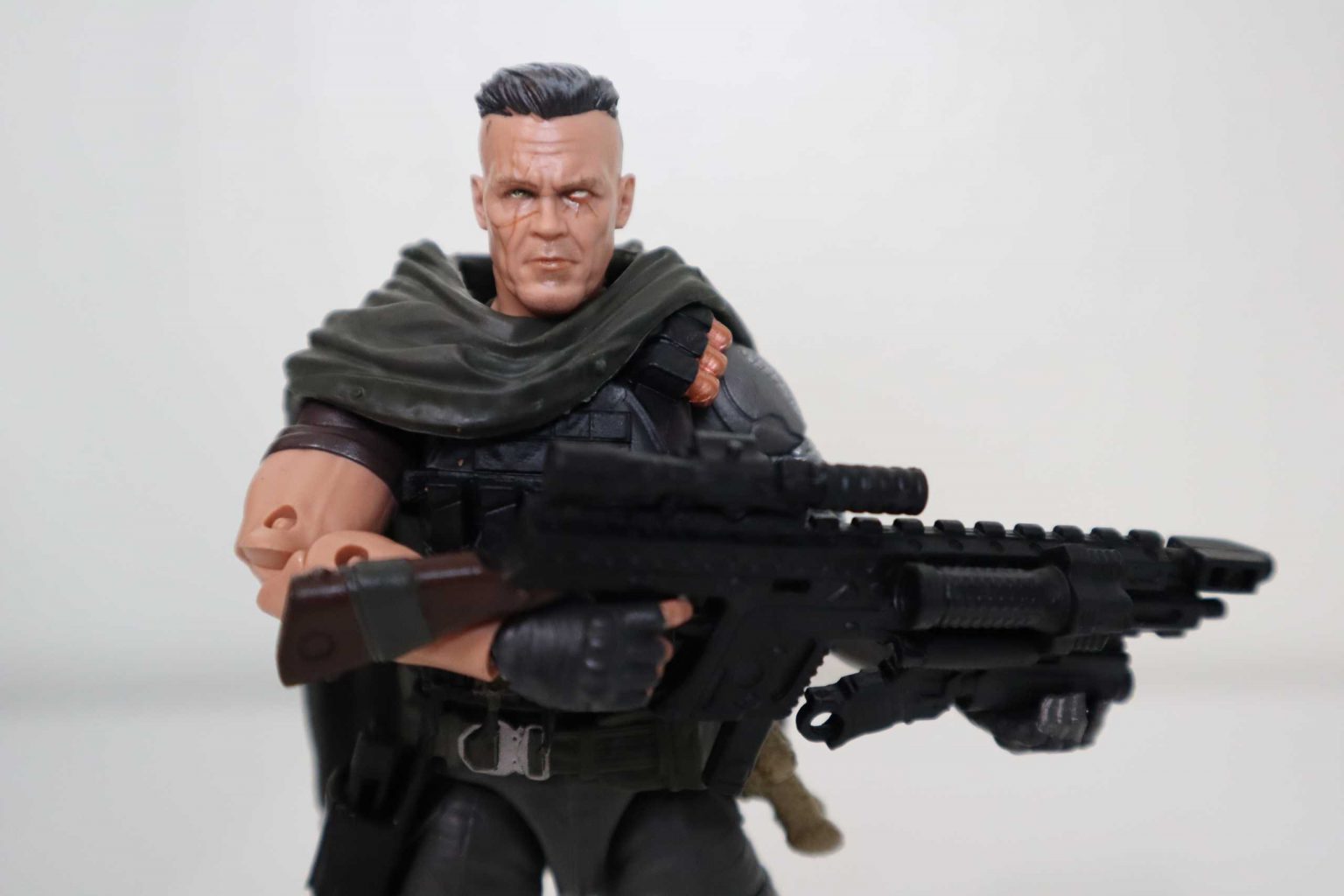 I spend a lot of time talking about exclusives, not least of all because they are, well, exclusive, but mostly because how they end up that way is such a persistent mystery. The most recent head-scratching announcement came on Hasbro’s Fan First Tuesday event revealing their SDCC announcements and releases. Fans were delighted to see that Deadpool 2 cinematic figures were finally on the way. Domino and the Negasonic Teenage Warhead/Deadpool 2-Pack were immediately available for pre-order from Hasbro and all the usual online toy retailers. But Cable, for reasons only known by Hasbro and never to be unveiled, would be available for pre-order exclusively on walmart.com.

A little history on walmart.com for context.

Many of you may remember the “Let It Snow” debacle of Christmas 2019. In early December last year, pictures began circulating across social media platforms of a blue sweater featuring a cartoon Santa in –shall we say– a compromising, apparently drug-related situation. Although they have publicly moved away from many of their more conservative stances over the last decade or so, Walmart continues to push it’s image as being “family-oriented” and certainly would never drift into “Cocaine-Santa” friendly territory.

So how could something like that happen? Well, walmart.com uses a system similar to the Amazon marketplace (albeit far less sophisticated…clearly) that allows third-party sellers to list products on their site. This is why brick and mortar Walmart stores do not price match items listed on their website. If you do a little clicking around, you’ll find that lots –and I do mean lots— of items on walmart.com are not fulfilled and shipped by Walmart at all. Why does any of this matter? It seems that Walmart does not expend any additional resources on their website in the least, and that means that bots run wild all over it. Bots and unchecked third parties posting items (like the offending holiday sweater) without Wamart taking notice and buying things in bulk to mark-up to exorbitant, inflated prices and resell on eBay or Amazon, but (and get this) sometimes back on Walmart’s own website again. And this is how Marvel Legends’ Deadpool 2 Cable sold out completely in just minutes after being listed on walmart.com. Those figures are now flooding eBay with a $50 median price (MSRP is $24.99).

The big question I always have in these situations is “WHY??” Why does Hasbro engineer exclusivity by giving retailers exclusive rights to figures that they demonstrably neither know enough about or care enough about to handle appropriately? Who’s gaining what here (other than the scalpers)? We’ll probably never actually know, but I can’t stop obsessively searching for answers. And while Walmart is slightly –and I do mean ever so slightly– better at handling exclusives than Walgreens, I still had little hope or expectation of ever seeing a Cable on the shelves, certainly not a month before pre-orders were meant to begin shipping. He was on the bottom shelf of the pool accessories aisle and I almost missed him.

After I pre-ordered the other two boxes in this series, I checked back on Cable at walmart.com and, seeing that he was, in fact, completely sold out less than ten minutes after the pre-order opening, I went ahead and internalized the probability that this would probably be a figure I never owned, at the very least not  for less than three times MSRP. I have genuinely never been more shocked and excited to find an action figure in the wild in my entire life as a collector. I may have whooped.

So, with all the drama of procuring him aside, I am happy to say that this is one of the finest figures in my collection and one I am incredibly proud to own. After the enormous success of Hasbro’s G.I. Joe Classified series and the clear disparity between the quality of sculpt, design and articulation between Joes and Marvel Legends, I have been really vocal about the need for Hasbro’s Legends team to step up their game, and with Cable, they have done just that.

There’s a good reason why cinematic action figures at the twenty-ish dollar price point come few and far between: it’s no easy task to accurately and realistically capture a recognizable real person’s features in significantly down-scaled 3-D format. Here, the first major win for Cable is his sculpt. There can be no head swaps from this to another figure. This head sculpt is obviously Josh Brolin as Cable and couldn’t be anyone else.The details on this head are so fine from his scars to his awesome fade haircut that there is no mistaking who this figure is modeled after and the context. The craftsmanship continues with his military gear, clothing and weapons accessories (a sniper rifle with two easy click-on mods and a pistol, each with holsters on the utility belt) . He even has an additional pair of hands painted with fingerless gloves, one side regular and one side bionic. The paintwork is executed with such precision that even Cable’s facial scars aren’t uniform in color, but are expressed in nuances of angry reds and raw pinks. I only wish that his daughter Hope’s teddy bear, worn on his utility belt, was painted with a nose and eyes.

So, artistically and design-wise, Cable is absolutely phenomenal and honestly one of the best on the current market in the category. Even the packaging has thoughtful detail and a pleasing matte, black-on-red silhouette aesthetic. But what makes this figure one of the top in my collection and a strong contender for my best of the year is the articulation. That buttery-smooth, fine-tuned, expressive, well-rounded articulation. Every single articulate point on this figure functions perfectly and provides endless opportunities for playing and posing. The double joints are easier to isolate than in past iterations, allowing for a better grip on weapons and more lively action poses. Lateral lifts for the arms and legs are higher and more realistic, without over-extension and built-in accessories don’t hinder movement in the slightest, for the first time ever, in my experience.

This figure has a really interesting story from release, to hunt, to in-hand experience. As we continue to see exclusive pre-orders and exclusive retailer stock being mishandled, it begs the question if Hasbro will continue to trust their most stellar merchandise –like this Cable figure– to organizations who don’t seem to have any incentive to get it in the hands of real fans. Scalping and inflated resale is alive and well in the collector sphere. But when the loyal collector customer base is being shut out from the top-tier merchandise they’ve been actively begging for, we all have to acknowledge that, at some point, something’s got to give. Hopefully Hasbro extends the stepping up of their design game into their exclusive figure business model and we’ll lots of outstanding figures actually hitting retailer shelves and making it home to the beloved collections, where they belong.

Check out my video review of this figure here: