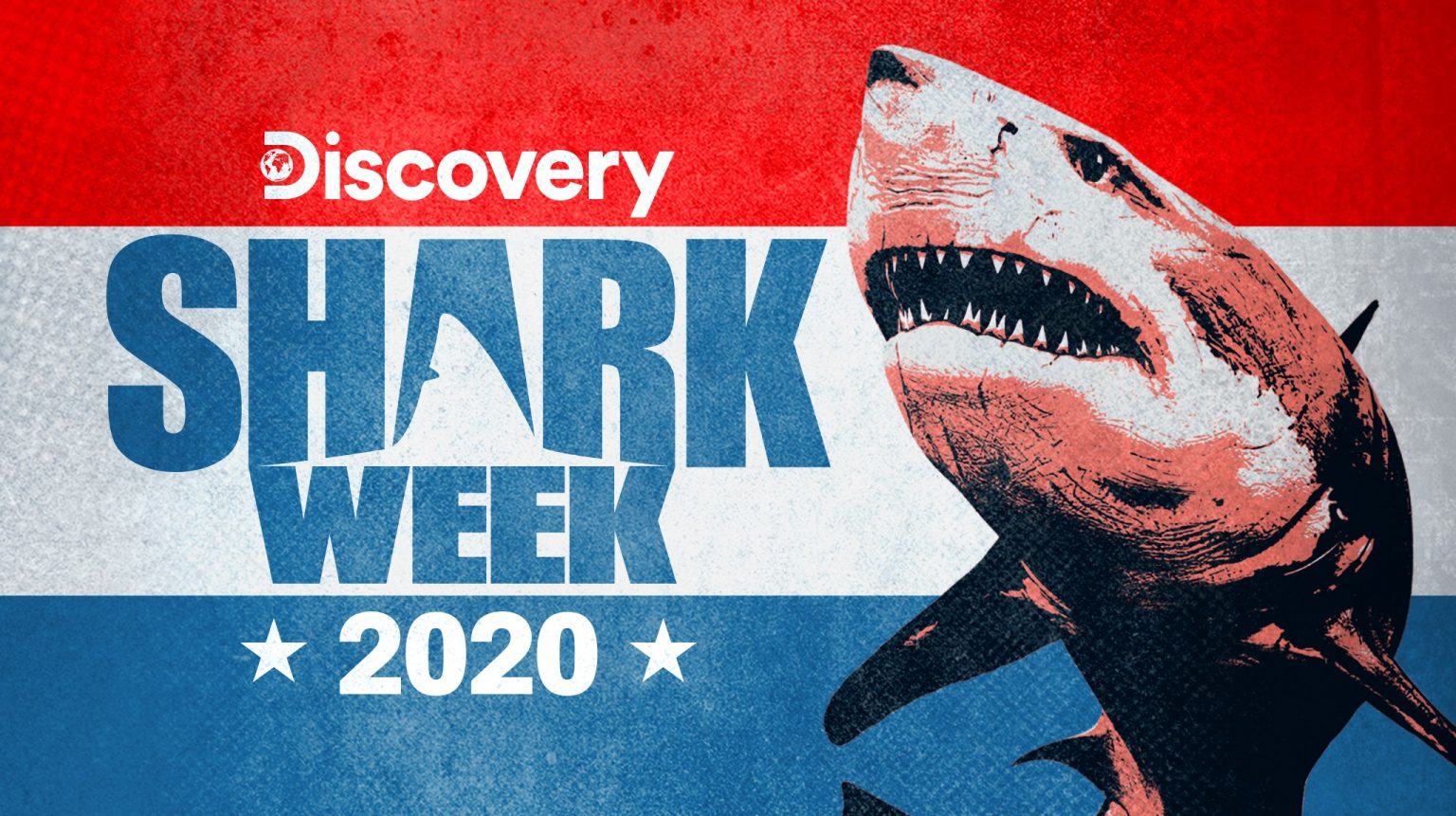 One of our favorite times of year (aside from Spooky Season) is the Discovery Channel manufactured summer mainstay, Shark Week! Entering into its 32nd season, this year’s event couldn’t come at a better time.

Originally beginning in July of 1988, the week-long offerings of all things sharks has grown exponentially over the past several years, finding new fans with the aid of social media and incredible ad campaigns. Like that time Michael Phelps raced a shark, Rob Lowe fulfilled his “Baywatch” fantasies, Eli Roth as the most perfect host for the season, and Bob the Shark.

This year, we get Mike Tyson vs a shark. Yes, really.

Discovery Channel has released the full schedule of this year’s Shark Week, which kicks off on Sunday, July 9th.

Here’s the complete listing with descriptions from Discovery:

Three teams of researchers return to one of the last hunting grounds for AIR JAWS. They will use decoys, drones, and underwater cameras to count the number of breaches and collect data on hunting techniques to see if the shark population is rebounding.

Tyson vs. Jaws: Rumble on the Reef

Legendary boxer and entrepreneur Mike Tyson is taking on a new challenge, and he picked the most unlikely training partner. Iron Mike will go head to head with some of the ocean’s top apex predators, including the black tip reef shark. With famed ring announcer Michael Buffer calling the shots, these two heavyweights will square off underwater, where Mike Tyson will try to score a TKO over the massive shark… all in the name of research. And don’t worry, no sharks were harmed (or bitten) in the making of this episode.

In the waters off New Zealand, the largest female great whites are measuring over 20ft long, earning the nickname “the 747s.” With no human interaction during COVID-19, researchers built a self-propelled cage to see how hunting patterns have changed.

COVID-19 has changed the world’s behavior and that has presented shark researchers with a once in a lifetime opportunity to study the massive great whites at Australia’s Neptune Islands. With no human interaction for the first time in decades, some of the biggest great white sharks on earth are returning to their natural behaviors…allowing scientists to study them up close and personal in ways that were nearly impossible before.

After surviving a shark encounter in Shaq Does Shark Week, Shaquille O’Neal is back, and now he’s on a mission to determine what shark has the perfect predatory attack. But he can’t do it alone. Shaq is deploying YouTube stars Dude Perfect and Mark Rober to put various species to the test and uncover the most mind-blowing hunting techniques of this ultimate predator.

Extinct or Alive: Land of the Lost Sharks

Wildlife biologist and conservationist Forrest Galante dives into some of the most treacherous, shark-infested waters in the southern hemisphere all in an attempt to rediscover three unique sharks lost to science for as long as 100 years.

Will Smith: Off The Deep End

Will Smith is diving headfirst into action, excitement, and shark-infested waters, as he confronts his fear of the open seas and the open jaws of nature’s fiercest predators.

The Great White Serial Killer returns and it’s on a killing spree that may push the California Sea Otter to extinction. Investigators deploy an otter dummy to get a closer look and witness one of the most spectacular attacks in Shark Week history.

Monsters Under the Bridge

Scientists believe that monster sharks make their home under the Old Seven Mile Bridge. Fishermen claim that one of the sharks is a 15-foot-long, half-ton great hammerhead named Big Moe. If this is true, he will be the largest hammerhead on the planet.

Last year, Adam Devine and a team of marine biologists deployed a CATS camera tag on a massive tiger shark that yielded a surprising scientiﬁc discovery; a secret tiger shark lair. Scientists believe this may be the largest congregation of tiger sharks on the planet or in Adam’s mind, the ultimate shark party!

Australia is in the midst of a rising wave of shark attacks, with great whites leading the way. Scientists have just discovered that Aussies are facing not one population of great whites, but two! Researchers want to know who rules the waters.

Shark Week celebrates 20 years of flying sharks with Jeff Kurr, Chris Fallows, Dickie Chivell, and many more as they revisit the most popular and iconic “Air Jaws” moments.

Snoop Dogg takes a look at why Great White Sharks are taking up residence along America’s shores. Will this be the “sharkiest” summer in US history? In this special, Snoop will breakdown the craziest shark encounters caught on tape, marvel at the wild and unpredictable reactions, and meet with the leading experts who are trying to unlock the secrets behind this great white shark invasion.

Shark scientist Riley Elliot and underwater cameraman Andy Casagrande are on an epic expedition to uncover the mysteries of the mako shark in one of the last places on earth where these apex predators rule the waters.

Mysterious and bizarre alien sharks lurk far beneath the waves in remarkably deep waters where researchers are on a quest to make first contact. Pursuing the elusive frilled shark, sleeper shark and cookie-cutter shark bring even more unexpected encounters.

Lair of the Great White

A team of experts attempts to find out why a population of great whites off the coast of Western Australia is so much more aggressive than others. The team must brave the elements and venture into treacherous underwater caves to find out for themselves. Produced by TaleSmith Ltd.

In the Caribbean, a deepsea camera captured footage of a 14-foot tiger shark suffering an assault by a large, unseen beast. It could be an unknown species of mega-shark or even a cannibalistic tiger shark. Dr. Austin Gallagher wants to find out.

Two adventure seekers recount their horrifying shark attack experiences. Off the coast of Australia, a spearfishing expedition turns into a nightmare featuring a ferocious bull shark and a great white attacks a paddle boarder on Ascension Island.

On the edge of the Bermuda Triangle lies Ghost Island, a place locals have abandoned after multiple shipwrecks and shark attacks. Dr. Craig O’Connell has been here before to study the potential shark hot spot, but his first trip ended abruptly when his boat nearly sank. Now Craig is back with a team of experts and they are determined to find why this island attracts so many sharks, even the great white.

As the number of great white shark encounters on Cape Cod spikes, shark expert Dr. Greg Skomal breaks out cutting-edge tech to capture the white shark’s point-of-view – revealing exactly how and where they hunt in the summer to better protect the public.

Everything you always wanted to know about viral shark videos but were afraid to ask!SHARKS GONE WILD 3reviews everything from viral videos and the biggest news stories to the latest in cutting-edge shark science.

I Was Prey: Terrors from the Deep

A California surfer, a Canadian thrill-seeker, an Alabama football coach, and a mother from North Carolina reveal how they each came face-to-face with the ocean’s top predator and lived to tell their stories.

On the edge of the Bermuda Triangle, five Naked and Afraid veterans — Matt Wright, Jeff Zausch, Serena and Amber Shine, and Alex Maynard – attempt to survive on a remote strip of islands whose waters are so teeming with predators, locals call it “Shark Alley.” With limited resources and punishing conditions on land, they’ll have no choice but to take to the waters and compete with hungry sharks for the same food.