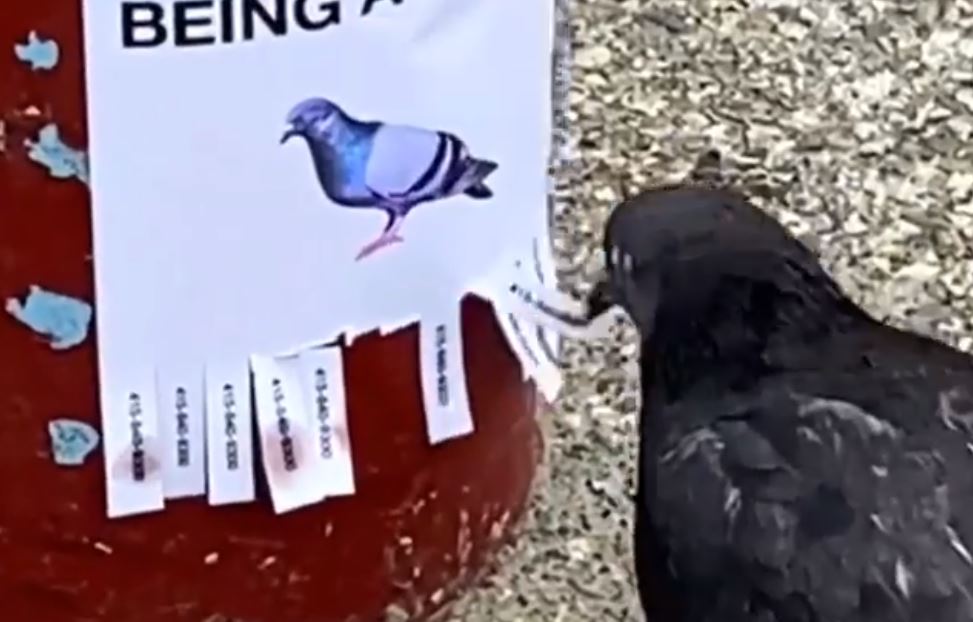 It’s no wonder that these birds responded to the add aimed at the pigeons in San Francisco. Having to depend on dropped fries and other food stuffs is hard and tiring. So when they say the flyer that said “Tired of Being a Bird?” they were quick to take that number and keep it in their back wing for later.

The flyers were put up by artist Pablo Rochat who is the same person who created those Airpod stickers and stuck them around the city.

Many people were left wondering what they were going to do with that piece of paper after taking it. Some said they may eat it while others said that they would most likely be using it to line their nests. I’m apt to think the latter though pigeons have been found with garbage inside them. To which I say, I feel you pigeon, I’m a garbage person too.

What do you think of this art? Tell us in the comments!