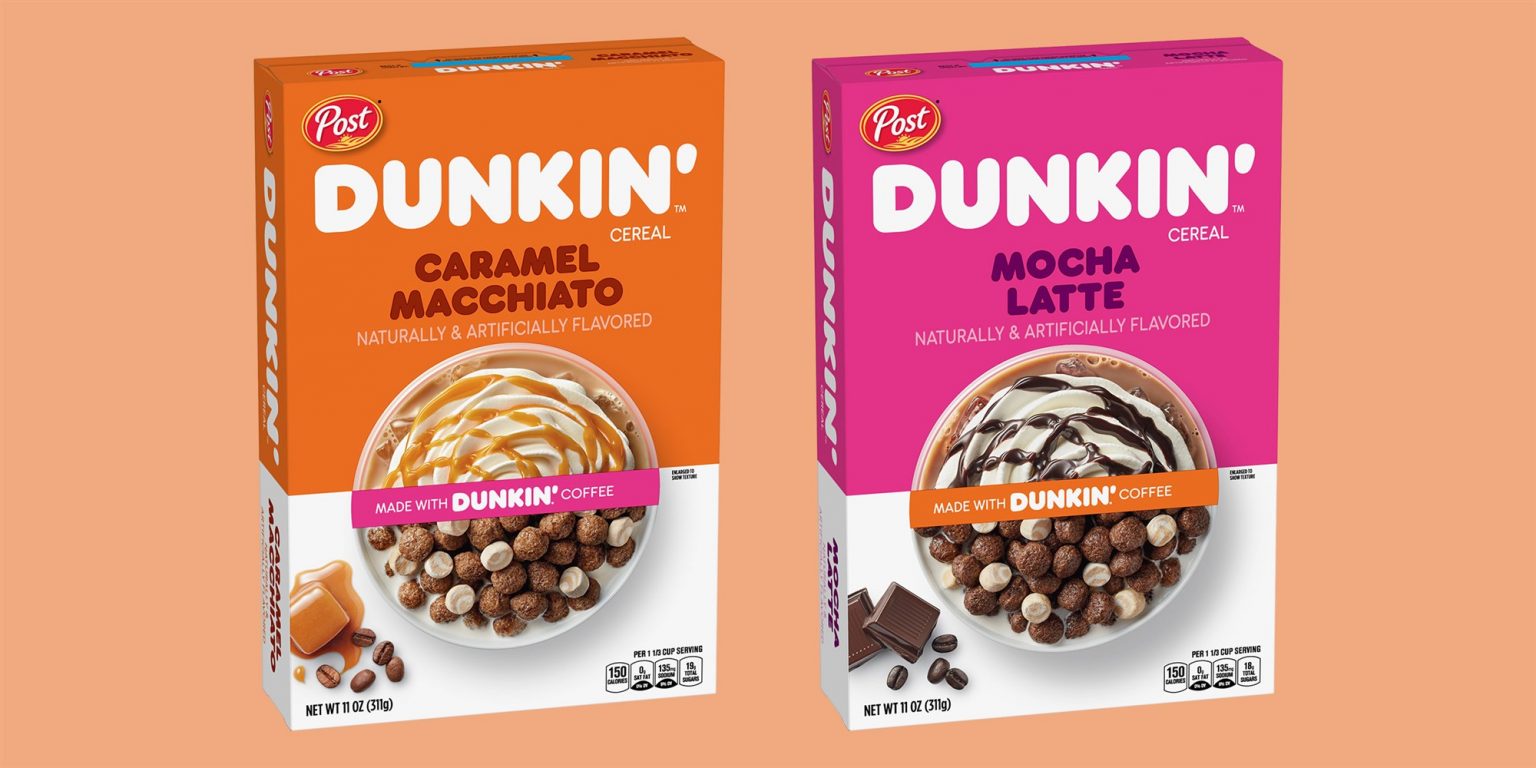 You know that dream of being coherent and awake when you get up? Being able to just pop out of bed at the crack of dawn and start being productive? Well Dunkin’ Donuts is trying to make our lives a little easier by coming out with caffeinated cereals. Whether or not you pair this with an extra mug of coffee is up to you.

Dunkin’ and Post Consumer Brands are coming out with two new cereals. The first is Caramel Macchiato and the second is good ole’ Mocha Latte. You know which one I want? Yep that’s right, Mocha Latte!

Starting off with Caramel Macchiato(saving my favorite for last) we know that it’s going to be quite a treat. With crunchy cereal pieces and caramel swirled marshmallows this is sure to be a favorite in the house.

These are going to be mocha flavored crunchy cereal bits with latte-swirled marshmallows.

The best part about the cereal is that they say each serving has about 10mg of coffee so it’s not going to overdo it. If you end up eating a few bowls it’s the same as having a few big sips of coffee, so you won’t be apt to get the jitters. Still though, probably don’t accidentally pour a bowl of this for the kids mistaking it for Cocoa Puffs. That could be a interesting day, depending on what the effect of caffeine does for them.

I also want to say that each serving has 33g of carbs and 18g of sugar so if you are trying to watch your intake, maybe just have a few bites for a snack instead of a full bowl.

Both cereals are set to debut in August and should be available at Walmart, Stop & Shop, Publix, Wegmans, Albertsons and Food Lion. Each box should retail for around $4.50 depending on where you live.