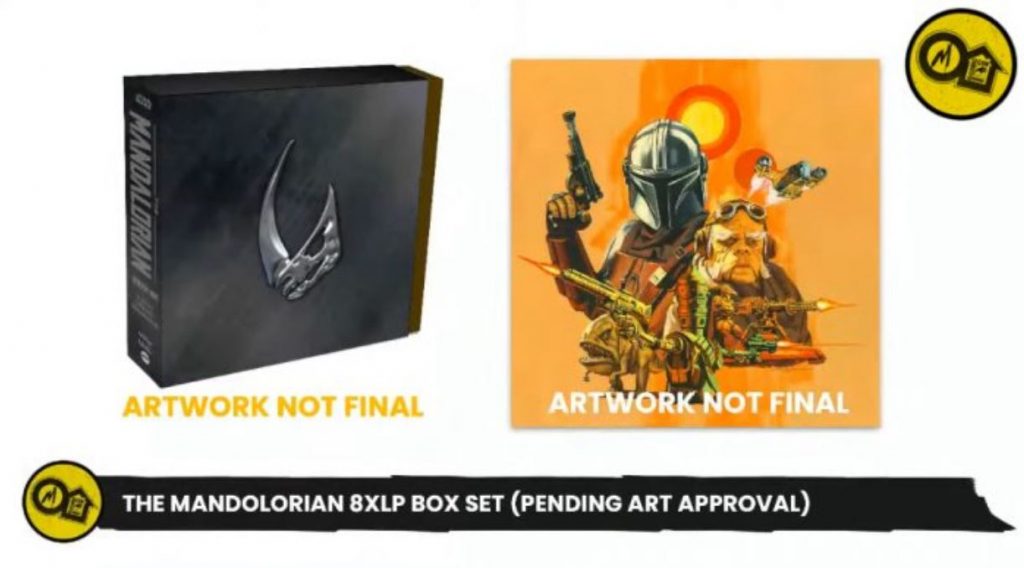 “The Mandalorian” Soundtrack is Getting a Vinyl Box Set!

One thing that you absolutely can’t fault “The Mandalorian” on (as if there were anything) is the music that accompanies it from composer Ludwig Göransson. And if you have a record player at home you know that it amplifies the sound beautifully. During last night’s Mondo panel for the Art of Soundtracks they teased two upcoming releases.

The first they mentioned was “The Mandalorian” vinyl box set. While the artwork is not final it still really makes me want to get one. It was supposed to be out in time for Comic Con but unfortunately they couldn’t get it out in time.

The soundtrack will include a record for each score done by Göransson. Each record will have artwork created by Paul Mann. The one pictured above is from the first record in the set.

The second set that they announced at the panel is the vinyl set for “Tron: Legacy” to celebrate the film’s 10th anniversary. This one hurts a bit since 10 years has just flown by since Daft Punk released the soundtrack for the film.

As of this time no pricing has been released for either set.

You can watch the entire panel down below.