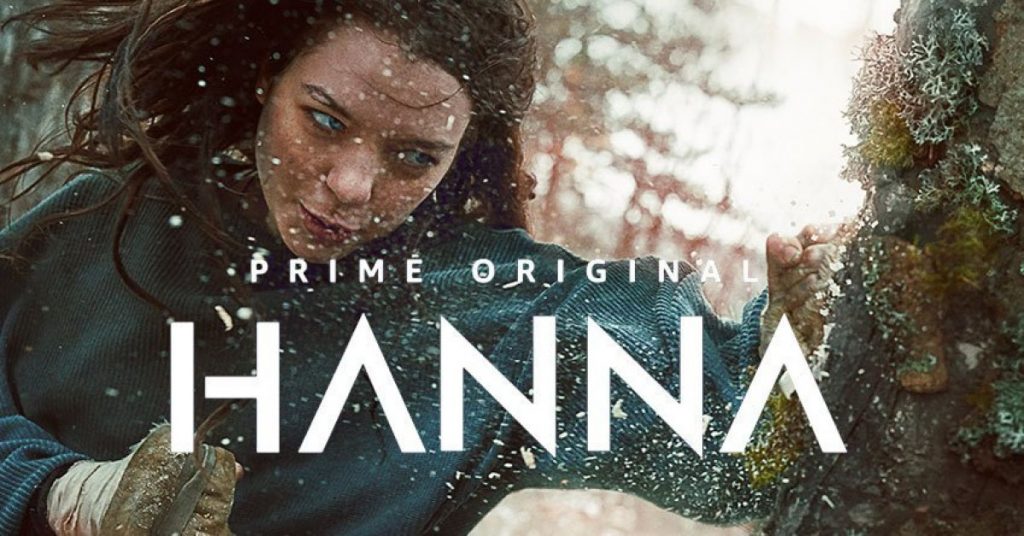 Amazon Prime continues to cement itself as a contender with “Hanna.” The streaming service has taken a liking to investing in stunning visual projects that have something to say. Unlike its main competitor Netflix, Prime is far more calculated in the television projects it chooses to get behind. The two seasons series are further proof that they intend to stay that way regardless of the constant additions to the Netflix queue.

This gives the viewers a much higher quality of show worth investing in. “Hanna” is a terrific slow burn spy thriller, a show that perfectly balances coming of age discovery with espionage and violence. With top notch performances and gorgeous set pieces, “Hanna” is a much watch for any fan of the action/spy genre.

Based on the 2011 film of the same name, “Hanna” stars Esme Creed-Miles as the titular character, Hanna. A young girl taken from the experimental and shady government organization Utrax at birth, Hanna is raised in the woods by program defector Erik Heller (a stellar Joel Kinnaman). Trained to hunt, fight and kill, Hanna begins to question her heightened abilities and soon begins to dig up her past. This leads her on a dangerous mission to take down Utrax, who has been genetically enhancing young girls to create super soldier sleeper assassins that can be brainwashed to kill on command. As Hanna travels deeper down the rabbit hole, she is forced to not only confront her past and discover who she really is, but also become a woman without any guidance on how to do so.

The comparison to Netflix is important, because “Hanna” is everything a show like “Warrior Nun” wished it could be. Both center around a special girl as their protagonist, and both deal with uncovering shady conspiracies from the powers that be with special abilities. But where “Warrior Nun” (review here) misses that mark, “Hanna” hits the bullseye. The balance of this show cannot be overstated. Everything feels purposeful and “Hanna” lets each and every story, character and plot thread breath for maximum impact. Rather than rushing to get the next action set piece, or worse yet meander through exposition until you crave another gun fight, “Hanna” makes everything count. From her encounter with a rebellious teen Sophie (Rhianne Barreto) to her emotion filled confrontations with her father figure Erik, it all makes her who she is and who she is becoming. When the bullets start flying, the viewer is invested on such an emotional level that the beautiful stunt work and fight choreography deserves multileveled admiration.

The cast truly shine here, making “Hanna” the first Kinnaman performance I’ve actually enjoyed. Show creator David Farr seems to bring the best out of his cast, and its slow pacing allows each of the characters to develop into fully realized human beings. No one is really one note here, and when one considers its subject matter of a shady government and young girl assassins, that is impressive on its own. It would be far more simply to just allow that bad to be bad and the good to be good, but instead the writers opt for painting everyone with a shade of gray. Even the true believers like Utrax Meadows facility leader John Carmichael (Dermont Mulroney) has good intentions paving his way to bad ones. Esme Creed-Miles is brilliant as Hanna, balancing the naivety of being a young girl with the intelligence of a highly trained assassin all in the same package. Neither feel as if they could exist without the other, bringing an innocence to an outright killer. Hanna (and most of the rest of the cast) is complex, and Miles taps into it all effortlessly.

The shows greatest strength may also be its biggest weakness. Many may not settle for the slow burn of “Hanna,” and make no mistake, the show takes its time. There is fantastic action and stunt work, and plenty of twists and turns that you would expect in a spy thriller. But “Hanna” is content with going the speed limit, and not concerned with throttling the gas to get to its conclusions. Many viewers may not have the patience to wait for the payoffs and find its pacing too slow to invest. While this choice sets “Hanna” apart from other series, it would be understandable if you felt like you weren’t getting your bang for your buck. While intentionally slow, lighting a candle and letting it burn its wax rather than starting a fire and setting the forest ablaze.

The show knows what it wants to be and executes it well, providing emotional weight and complexity to its characters while also building a vast world of spies and assassins. I would be remised if I didn’t mention the fact that for the first time in any spy and/or assassin adaption, no one looks like a killer. Even the beloved “John Wick” everyone is so obviously an assassin you’re left wondering how they were ever expected to blend in. “Hanna” truly creates unsuspecting killers, utilizing young girls and even putting them through brainwashed socialization training to make them appear and act like everyday college kids. It’s a small detail, but one that sets this Amazon series apart from the rest. If you’re willing to invest and have the patience to let a story develop over time, “Hanna” is worth every episode.

“Hanna” seasons 1 and 2 are now streaming on Amazon Prime. A renewal for Season 3 was announced July 13th.