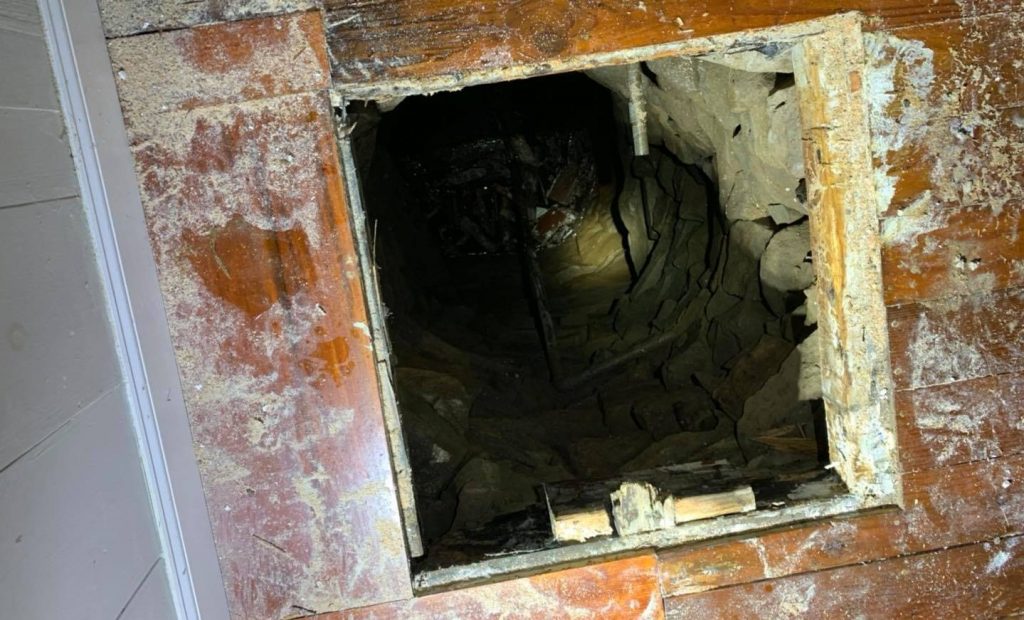 It sounds like something you would see in a horror movie. One day you’re just walking around your home and all the sudden boom. You’re through the floor and treading water in a well that had been covered up for years. The crazy thing is that the owner had no idea it was there until he fell into it. Whoops!

Police were called out to the New England residence and fished him out of the well. They say that many older New England homes have additions that are not in compliance with current building standards. So this must happen often… The house was built in 1843 and the well had been covered up since then.

“Yup you read that correctly! The house was built in 1843 and this well was most likely outside at the time. There was a renovation and addition in 1981. At some point this well was covered with simple wood flooring and no subfloor or well cap. ?

While the new tenant was moving into the home today, a friend fell through the floor…. into the abyss of a 20-30ft well, splashing into extremely cold water that was well over the victim’s head.

Initially, the fire department received a 911 call for a fall victim… but this was no ordinary fall and luckily Guilford Fire is no ordinary agency!

They sprung into action sending Guilford Firefighter Venuti into the well to retrieve the victim who was treading water for nearly 25 minutes.

Miraculously, the victim only suffered minor injuries but was transferred to the hospital to be checked out.

It is important to note that some of these older, historical homes may have hazards that were not upgraded by current code. This situation could have ended with a fatality but due to the extreme professionalism and capabilities of Guilford Fire Department, everyone went home safely tonight.”

Sounds like something out of “The Ring” to me. What did the well want?? And most importantly.. Is it haunted?