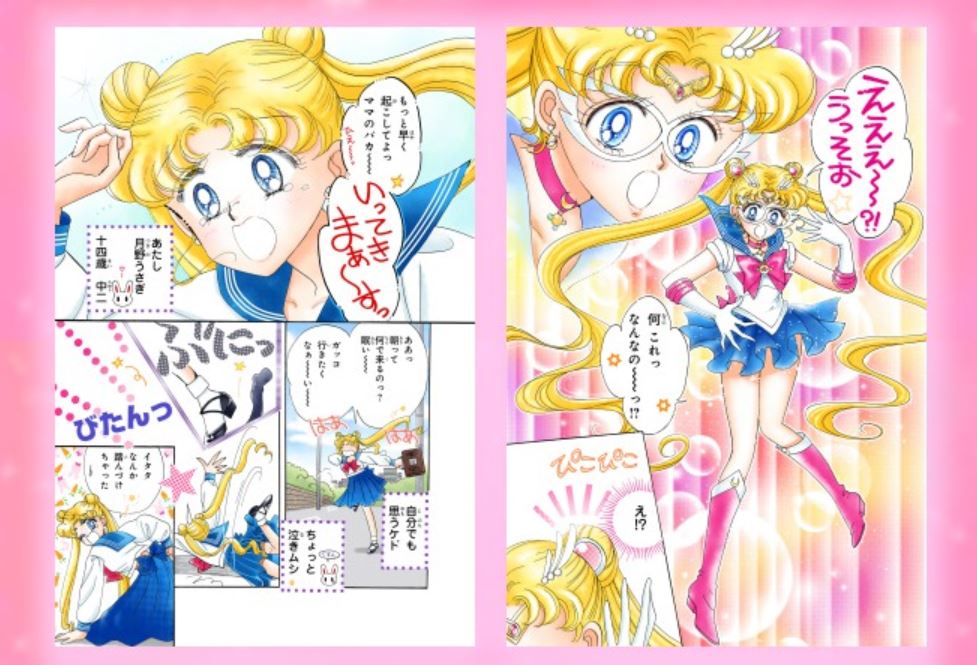 Sailor Moon Manga to Get a FULL Color Re-release!

Up until now, we’ve had several versions of the Sailor Moon manga come out. The Tokyo Pop pocket edition, VIZ’s releases, The Eternal Editions- but never with full color images. Sure there were some colored illustrations in the books, usually a few pages, but nothing more than that. Then we had the art books from Naoko Takuechi which are the holy grail of collecting. But now we’ve just got word that the Sailor Moon manga will be coming out with a complete color edition and I’m kind of losing my mind over here.

Now don’t get too excited from what I can find from Sailor Moon Official they are limiting it for the moment to an ebook version of the first two manga. The site says: (And please note this is translated from Japanese so it may not read clearly)

In 2019, the long-awaited e-book distribution began, “Sailor Moon Complete Edition”.
Based on this, the manga text page was fully supervised by Professor Naoko Takeuchi, and the full-color coloring of “Bishoujo Senshi Sailor Moon All Color Complete Edition” will be released as an e-book!
The first and second volumes will be distributed from Monday, June 29, 2020.

The cover is an illustration drawn by Naoko Takeuchi! In addition, we have also decided to hold a distribution fair where you can read a trial version of “Sailor Moon All Color Complete Edition” at major electronic bookstores (may not be held at some electronic bookstores). Please check it!

So hopefully what this means is due to the current pandemic that is happening they have just decided to distribute digitally and will be releasing physical copies in the coming years. It has always been a dream of mine to have the books in full color as I know many other fans have wanted as well. It’s not only a great thing for reading and keeping interested but as a cosplayer the color editions will be a very useful tool for matching fabric colors to the different versions of the characters.

Here’s a link to the original post by Sailor Moon – Official.