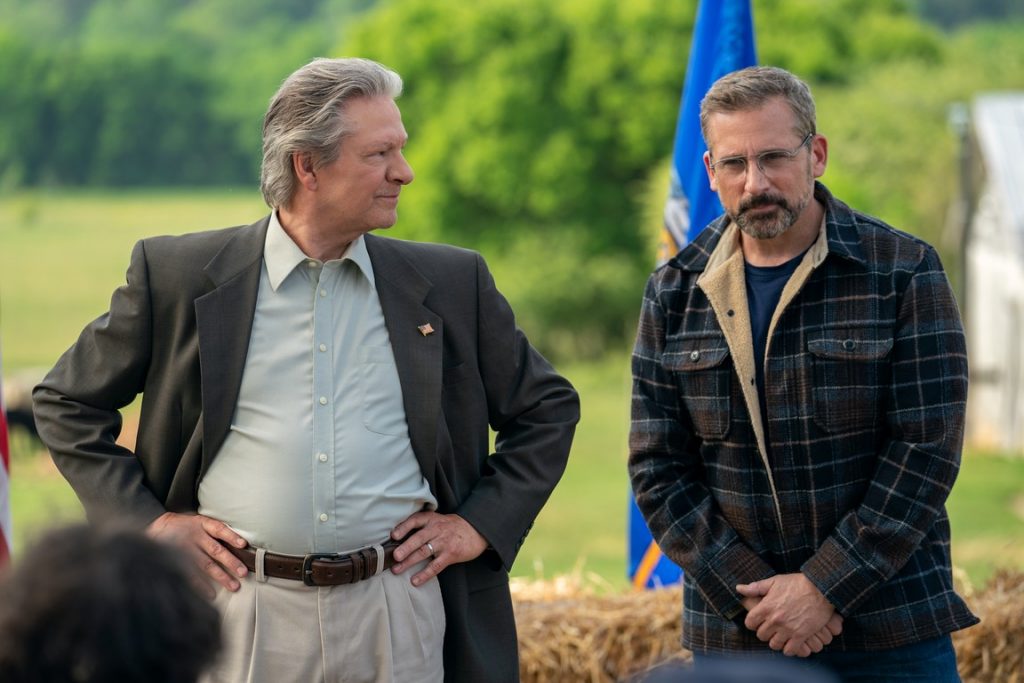 John Stewart remains one of America’s leading political satirists. So, with the debut of his latest film “Irresistible,” it comes as a bit of a shock that it feels pointedly underwhelming.

Its a look at what happens when national-level campaign strategists descend on a small town to push for their own ideal mayor should have been an ideal landscape for a comedic send-up, showcasing the absurdity of the American electoral process.

“Irresistible” does achieve that goal of showcasing it’s absurdity; from millions pouring in from donors to fabrication of negative ad-campaigns and bloodsport-level one-upmanship. But it fails to really connect with the audience to get them to particularly care.

It feels like it’s just reiterating things we already know, and the antics of the Democratic campaign strategist, Gary Zimmer (played by Steve Carell) and his arch-nemesis Faith Brewster (played by Rose Byrne) feel like we’ve seen these two so many times before on CNN and Fox News alike. Especially with everything that’s happened in 2020 and in the years since the 2016 election campaign, the emotion that is felt is more sadness and defeat rather than satirical humor.

After seeing an online video of local farmer-veteran, Jack Hastings (played by Chris Cooper), Gary has decided to make a stand in a small Wisconsin town (a perennial GOP stronghold) to try to get a Democrat elected as mayor. Gary feels he can get this one small town to cross the aisle, then the rest of the heartland might follow. When Faith hears of his plan, she storms in as well, determined to keep the incumbent GOP mayor firmly in place.

Granted, the entirety of the passion play that unfolds turns out not to be the point of the story at all, but rather a prelude to a point about yet more craziness that exists within the election economy. But it’s delivered as a punchline at the very end, with the film fading to credits with an interview with a real-life profession expressing how, yes, what was just seen is all entirely both plausible as well as entirely legal.

So where the town ends up for the better with the final results in the end, it feels like what we’d just sat through was a build up for one joke, but got the punchline from another. And there’s the counter-feeling of futility, because anyone who fully understands what they’re watching also has to be aware that nothing can in any practical sense be done to change it. No politician would touch it, as then they would never get any support from the machine to get elected.

In a world when gerrymandering is used as a routine weapon, and lame-duck sessions strip powers from incoming opposing side elected officials, such a morality play rather hurts more than it helps. Even the characters in the film are entirely self-aware of how shallow and pointless what they’re doing is, none of them care about the actual qualities of the person going into office. They just want to get one more checkmark in the red vs. blue column.

It’s the same sense that we get when Stewart is telling one of his stories of the saddest thing that happened over the past week, and it’s framed as humor. But we all know, it’s still mostly sad and depressing that we let us happen to us time and again.

“Irresistible” is rated R and available via Streaming on Demand.