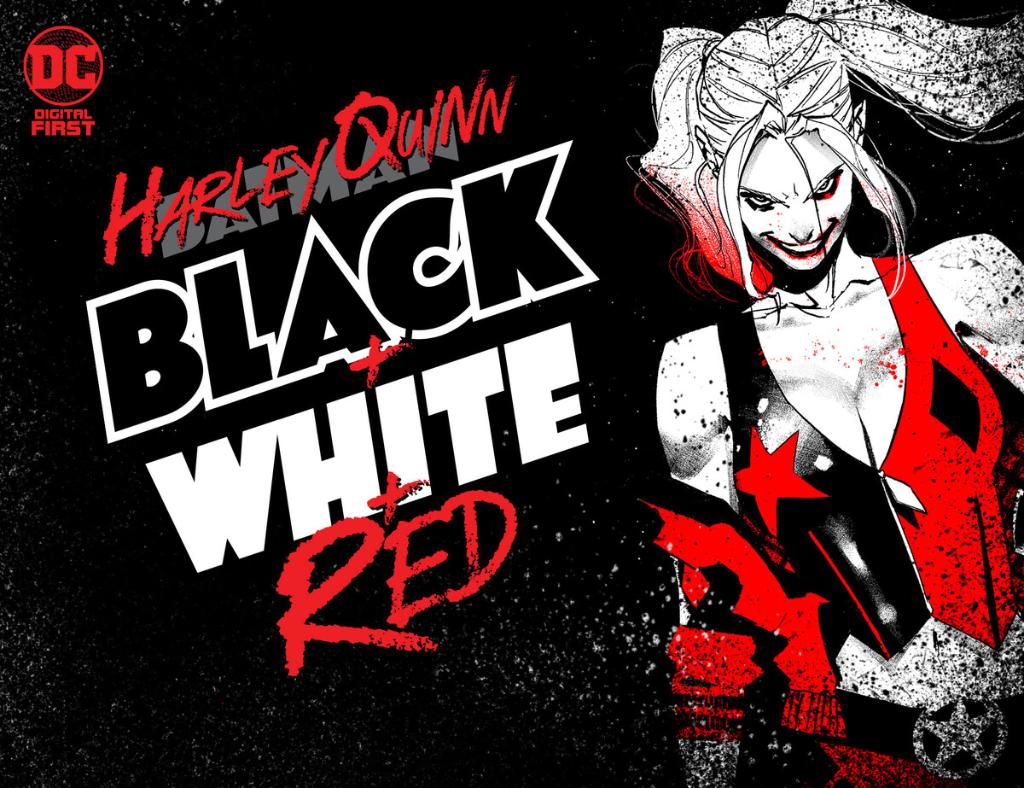 This 14 part series will release every Friday, with each story being written by different creators, such as Harley Quinn co-creator Paul Dini, Eisner Award-Winners Saladin Ahmed, Amanda Conner, Jimmy Palmiotti and Chad Hardin.

Stjepan Šejić is the first writer, coming off his New York Times bestselling graphic novel Harleen, kicking off this digital first series. The first issue, “Harleen: Red” also has Šejić as the artist and lettering by Gabriela Downie.

This project is inspired by Batman : Black & White, a colorless collection of Batman stories. While most of the issues will be in black and white, Harley Quinn’s signature red coloring will be included into the series. While the coloring is set in place, each issue will differ in story and art. These stories will likely not be cannon, just various stories told from various teams that’ll explore the world of one Harley Quinn.

In a blog post from on DC Comics.com, Hank Kanalz SVP of Publishing Strategy & Support Services, spoke on the this titles potential:

” Each story stands on its own, and this series gives our talent teams the freedom and flexibility to tell innovative stories that could be part of or separate from regular continuity.”

The next story will be released on July 3rd 2020, and feature Mirka Andolfo (DC Comics: Bombshells) on Art. While many of the artists/writers have yet to be announced, there are several noted in the aforementioned blog post.

What do you think of this series? Are you gonna pick it up? Let us know in the comments down below!