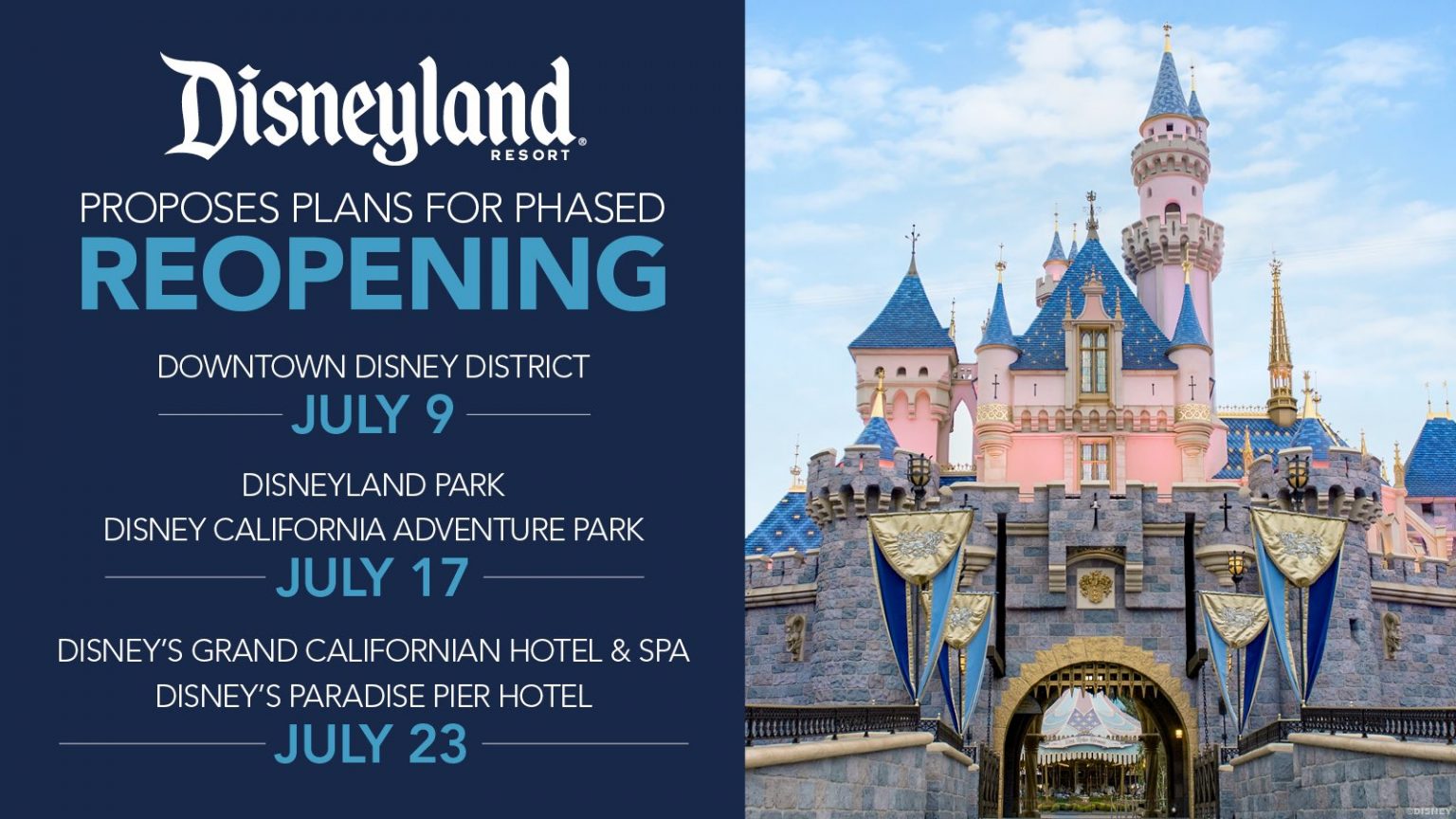 Disneyland Wants to Reopen on 65th Anniversary, But…

In case you were unaware, the state of California (among other states) is in the process of attempting a phased “reopening” following the catastrophic Covid-19 pandemic. One of the main tourism epicenters affected by the world-wide shutdown is none other than the golden state’s crown jewel, Disneyland.

The House of Mouse’s “Happiest Place On Earth” has been shut down officially since March 13th, only the third time in the park’s 60-year-plus history that the gates have been closed.

Earlier this month, Disney announced they would be attempting a 3-phased reopening for the Anaheim location. Downtown Disney would theoretically be reopening beginning July 9th, the various hotel properties neighboring the theme park on July 23rd, and the two parks themselves on July 17th, the 65th anniversary of Disneyland’s first opening.

This is both a lovely sentiment, and a terrifying notion.

Sure, honoring the park’s history is a nice gesture and all, and fits in nicely with the company’s long and storied marking of dates of note. But did everyone forget just how poorly that first day’s opening to the public went?

Far from the saturnalia modern Disney visitors expect, things did not go so well.

To start, it was one of the hottest days on record at the time. And, anyone who’s experienced Disneyland in the height of summer knows it is waaaaaaaay not so great. Add in to this the fact that the actual asphalt was MELTING, sinking ladies’ heels into the blacktop, you can only imagine the experience.

There was even a problem with rampant fake tickets, as well as a plumber’s strike, and the lack of food and drinks throughout the park. (You can read more about the opening day issues here, or watch “The Imagineer’s Story” on Disney+ for a real inside look.)

That brings us back to this idea of reopening the park when so many states (including California) are reporting rises in cases following the systematic “reopening” of commerce centers, restaurants, and public spaces.

A group of concerned individuals have even gone so far as to start a Change.org petition to push back Disneyland’s opening even further into 2020. At present, there are over 20,000 signatures.

While that particular group doesn’t have a suggested date in mind, most are requesting the park remain closed until a vaccine for the coronavirus is readily available.

Would YOU risk attending the happiest place on earth so soon? Let us know in the comments.