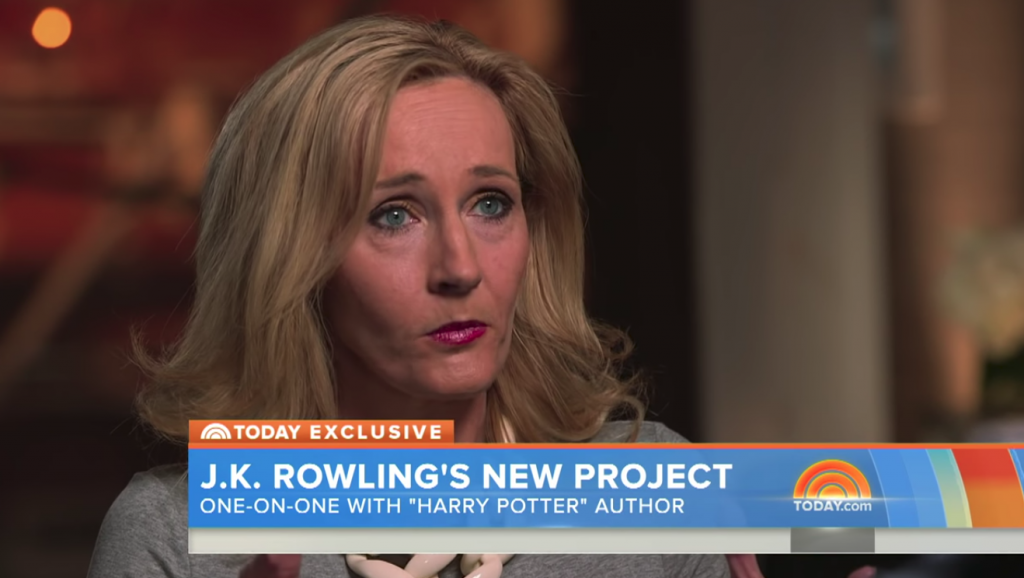 J.K. Rowling Tweets Once Again that Trans Women are Not Women

In another disappointing experience following J.K Rowling she has once again decided to announce her stance on who she considers a woman. She is part of a group of a known group “Feminists” that exclude trans women called TERFs which are Trans Exclusionary Radical Feminsts. She tweeted today a string of tweets that say exactly how she feels on the matter…

“I know and love trans people,” she says in one tweet, “It isn’t hate to speak the truth.”

The whole debacle started with this tweet where she shares an article about a Creating a more equal Post COVID-19 world for people who menstruate.

So she’s saying that if you don’t menstruate your not a woman. Give that about 5 seconds to sink in… So does that mean people who have had their uterus removed or have gone through menopause aren’t women? Or does she just mean Trans Women? Unfortunately we know it’s the latter.

It’s not the first time she’s tweeted about her exclusionary views.

Just last year when Maya Forstater lost her job over her views on transgenderism. J.K. Rowling tweeted about how she believes “sex is real” and that she stands with Maya.

And even further back we have her following an anti-trans YouTube personality and liking a tweet from them about how Trans Women are just men in dresses. Which her publicist came out saying “I’m afraid JK Rowling had a clumsy and middle-aged moment and this is not the first time she has favourited by holding her phone incorrectly.” But she also followed the YouTuber during pride month 2019.

Unfortunately for a lot of fans of Harry Potter it meant that this was the straw that broke the camel’s back. If it wasn’t for her tweeting about wizards sh*t themselves and magicked it away, it was definitely going to be this. And I still stand by that you can like Harry Potter without liking J.K. Rowling. Many authors in the past have turned out to be terrible people in the past who have created great works. It’s a case of separating the work from the author themselves. But also keep in mind that you probably will want to re-read old copies or get your HP novels second hand. Because personally I wouldn’t give her any more money knowing she is a TERF.