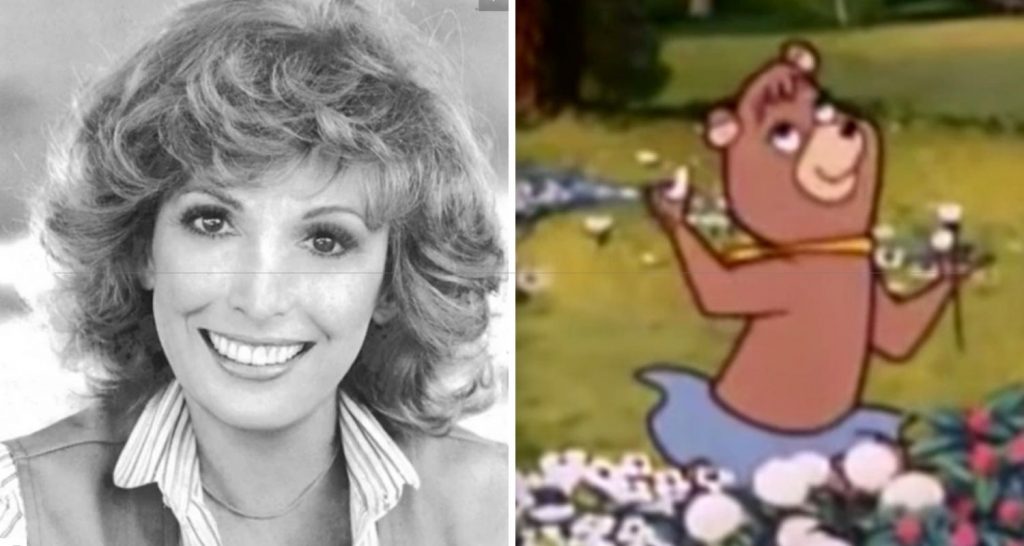 Julie Bennett, who provided the voice of love interest Cindy Bear on Yogi Bear cartoons for nearly three decades, has passed away. She was 88. Julie passed away Tuesday morning at Cedars-Sinai Medical Center in Los Angeles.

Originally starring onscreen in shows like The George Burns and Gracie Allen Show, Adventures of Superman, Leave It to Beaver, Dragnet and Highway Patrol, she then moved on to voice acting. She started her career in voice over with the cartoon Fractured Fairy Tales on the Bullwinkle Show in 1960. Then a year after she was picked to play the voice of Cindy Bear on The Yogi Bear Show.

She was a big part of our childhoods especially if you watched the Yogi Bear cartoons growing up. They used to play them a lot at least when I was little, I have a distinct memory of this episode in particular.

Born in Manhattan on Jan. 24, 1932, Bennet moved to Los Angeles at a very young age. She attended Beverly Hills High School and then decided to move back to New York where she started her career onstage and in radio Soap Operas.

You may also recognize her in Mr. Magoo, The Donna Reed Show, Get Smart, Gunsmoke, Adam-12, The Bugs Bunny and Tweety Show, Garfield and Friends and several Bob Hope TV specials.