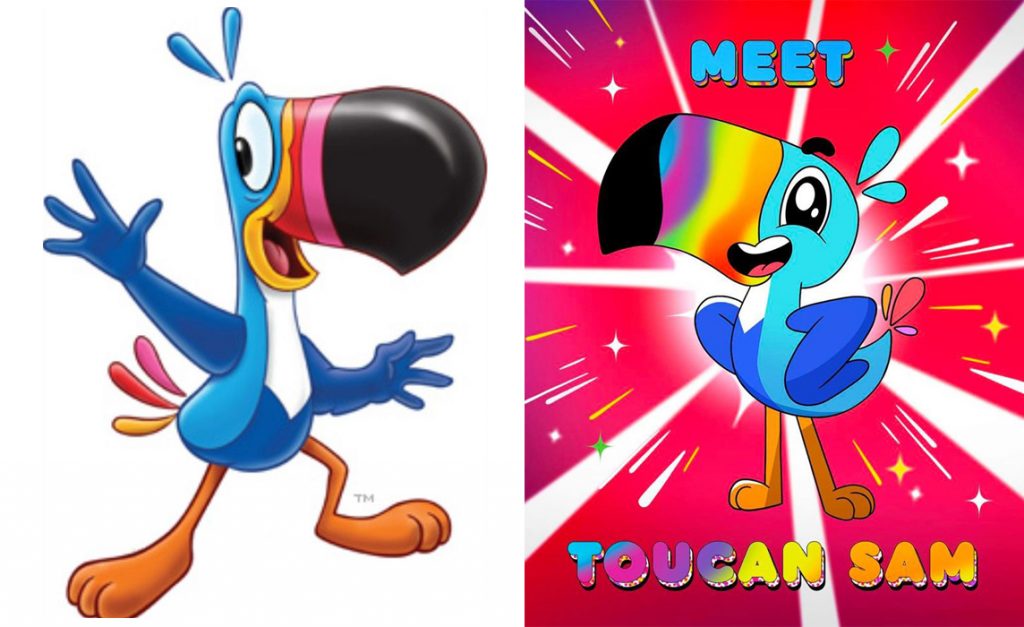 Froot Loops have been a long standing staple of many of our lives. When we were kids those sugar coated rings of fruit flavor made our mornings. That along with sitting down to watch Saturday morning cartoons like X-Men or Batman: The Animated Series. And part of that joy was reading the box with Toucan Sam prominently displayed on the box. Plus seeing the commercial made us love him even more. There were a bunch of commercials but for the sake of my argument we’re going to use the one from 1993 which would have aired along with the FOX Kids Morning lineup.

They started off by announcing it in a Facebook Post and the comments were not quite what they were expecting..

One commenter said: If enough people could bully an entire movie studio into changing the look of Sonic the Hedgehog, I’m sure they can work their magic again!

Which speaks a lot to who cares about the redesign in the first place.

Historically and when we think back to it cereal animals are made for kids. And since we were all kids once it’s only right that we would hold our memories of these franchises and mascots in high regards. Of course we don’t want the world to change(or grow up).

But we don’t really have a choice in the matter. While nostalgia plays a big part in why some people hate it we have to realize that the cereal is not made for us. And if we’re not eating it who is? The answer: The kids who are begging their mom and dad’s for the colorful looking box.

The redesign is actually quite pleasant. It’s colorful and bright and brings a whole new life to the character. And it probably cuts costs to have it drawn this way because the commercials can be done digitally instead of back in the day when everything was hand drawn. Plus kids these days love this sort of animation. It’s what they are drawn to. Show any kid older cartoons and they can smell that it’s old a mile away. Instant tune out. Believe me, I’ve tried to share some older cartoons with my kid and while she will watch a couple she doesn’t obsess with them the way I used to.

Now with this redesign their eyes will be instantly drawn to the way it’s presented to them. And Froot Loops will be part of another generations memory. This time in a new style. When our kids grow up they will be the ones to redesign again and you know what? It’s going to be different every time.