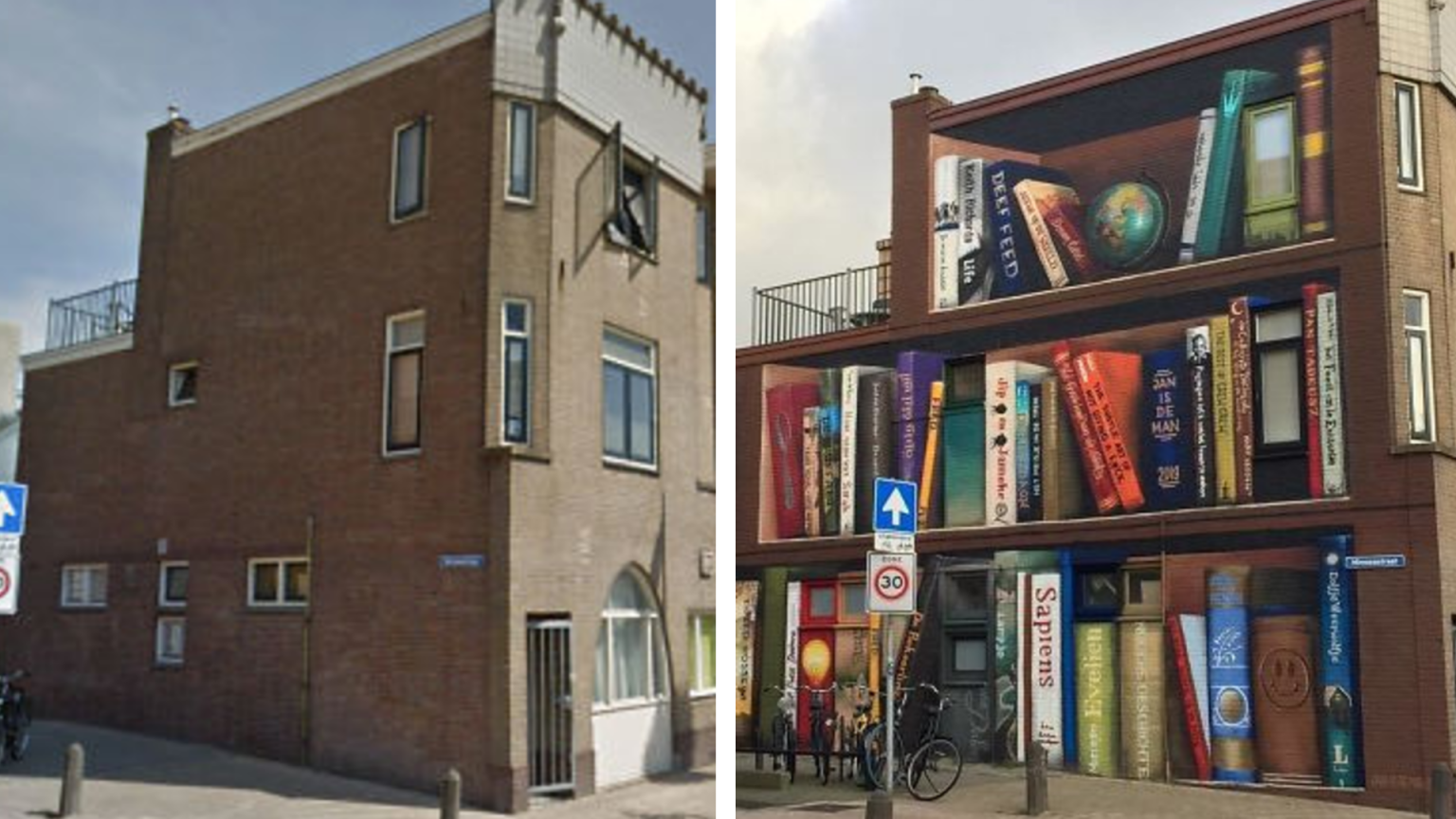 A lot of street artists like to use abandoned buildings and old walls as their canvas. But Dutch street artist Jan Is De Man had another idea: to create 3D paintings that connect local communities. His gift to a neighborhood in Utrecht, Netherlands – a giant trompe l’oeil wall bookcase on an apartment building – was his first work with this idea and has caught the eyes of many people.

He shared that he was commissioned by the residents. He shared with Bored Panda: “I know the people who live on the ground floor very well. They’ve wanted a mural by my hand for a while.” He said that he was told to paint anything he wanted, as long as the piece brings positiveness to the neighborhood. So his first thought was to paint a smiley face. But he felt it was too simple.

Then, he came up with an idea after studying his canvas. “I studied the shape of the house and the location where this house stands in, and suddenly the idea of making a huge bookcase hit me. I love making 3D art illusions on walls, and I like to see smiles on people’s faces and this idea (I thought meanwhile) could bring all this together”, he said.

Jan Is De Man and Deef Feed- a fellow street artist- teamed up for this masterpiece. This l’oeil mural involved the residents’ participation as well. The artists asked people in the community for their favorite books and were able to put together 8 different languages an cultures. Except for the rule of no political and religious books, every title was welcomed. It took them one week to bring their idea to life.

He told Bored Panda: “ I’ve noticed that this project brought (and hopefully for as long as it lasts) people together without pushing it. “The literary mural has not only connected the neighbors but also become a popular photo spot for people passing by. Since then, he traveled all over the world and transformed many more boring walls into unique pieces of art.

What do you think about this unique concept? See more of his work here.