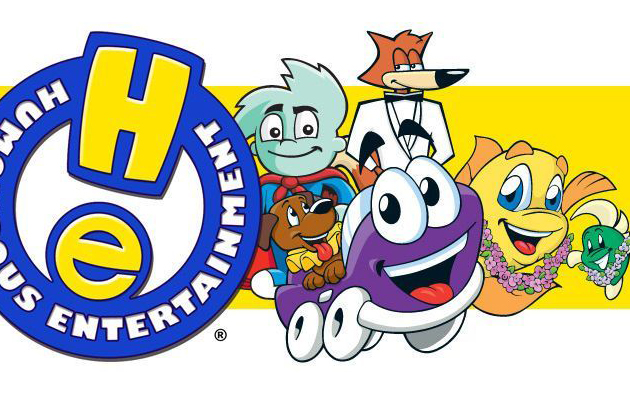 One of the things I remember most about when I was younger is playing computer games. If I wasn’t playing “Putt Putt” or “Freddi Fish” I was playing “Backyard Baseball.” Now we’re talking about the nineties here. The good old days when my dad had just bought a computer off of home shopping network that came with a ton of software and a sick set up. You know “Mavis Beacon Teaches Typing” and some cool demo games of Motocross. It was even internet ready! Back when dial up reigned supreme and all I wanted to do was look at Sailor Moon pictures online. But mostly I remember a series of games by Humongous Entertainment.

Now recently I discovered that you could get these games on Steam. My daughter was watching a YouTuber as kids do and they were playing “Putt Putt Saves the Zoo.” Holy Hell! I had no idea that you could get these games so easily. And only for about $6.99 a pop unless you want to get the whole package. So you know I picked up a couple of games and they totally saved my life. Now I only mention these two games but Steam also offers “Spy Fox” and “Pajama Sam” which I never really got into.

If you think I’m over exaggerating you’re wrong. Between writing for Nerdbot and trying to home school a kindergartner I was lost on how to entertain her without the television being on all the time. Because believe you me it gets really annoying not being able to use the TV and having a pout fest every time I try to change the channel from “Bluey” or “Daniel Tiger.” Putting on “Freddi Fish” was great, and it explains everything so you don’t even have to supervise.

Now I know that it may seem like a very small thing to be able to play a game that you loved in childhood but it really made me happy. I was able to show my daughter something that I played as a kid and keep my sanity for one more day. At the time of this writing we are all stuck inside for a shelter in place order and finding activities to do can be exhausting.

If you want to check out some of the games on Steam you can do so by following the link here.

Or if you just want to watch YouTube videos without spending any money, you can watch a couple of these. But believe me there’s nothing like playing the real thing.