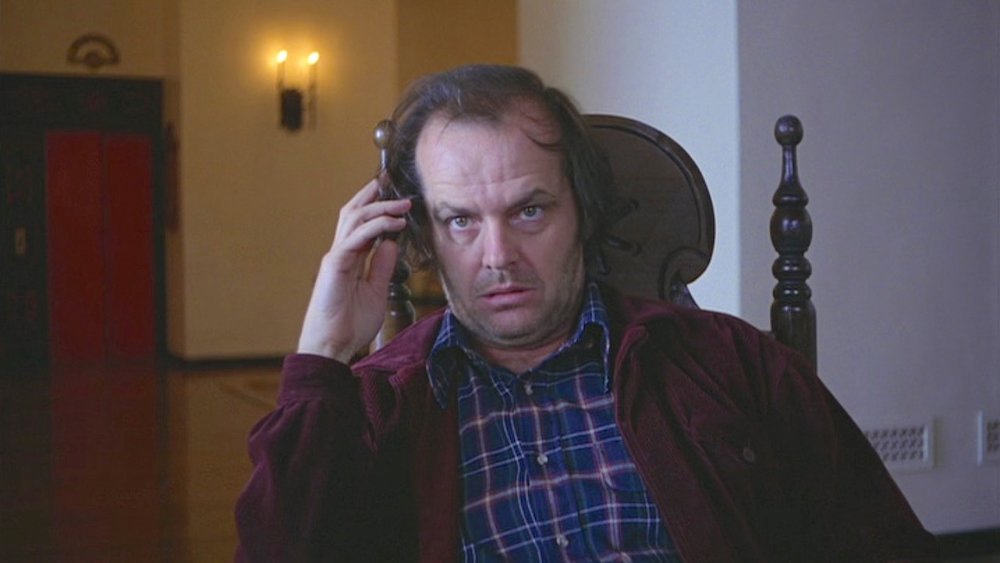 Best Ways to Feel Productive While Killing Time During the Quarantine

So you’re stuck inside, staring at your significant other with all the tenderness of Jack Torrance. You roller-coaster back and forth between “This time together has shown me just how much I love you,” and “What the *&^% do you mean you don’t want to play Frisbee?! It’s literally the only thing were allowed to do other than stew on unsolvable problems!” Life is tough and the good soup is nearly unattainable and jerks keep hoarding weird items. Why the run on tomato paste, people? You only need a tablespoon of that stuff.  It doesn’t mean you can’t have some fun!  Last I checked there was no limit on the amount of fun you could purchase from your own imagination! Unless you sold your imagination to a woods witch for hand sanitizer and now all you have in that section of your brain is reruns of Perfect Strangers.  In any case, put down the axe and tell the ghosts you’ll take a raincheck with these fun quarantine pastimes!

Clean out your closet!

Just because people are hoarding toilet paper doesn’t mean you should be hoarding JNCO jeans and Limp Bizkit shirts! You shouldn’t have those at all. It’s time to cleanse and find what brings you joy. Start by emptying the entire contents of your closet into the middle of the room. Next, realize what an incredibly stupid undertaking this was because you’re already over it and now you have a bunch of junk in the middle of the room. Let’s be honest, if you had the self-discipline to throw out those apple-bottom jeans that don’t fit, you would have done it by now. Sort into two piles: Keep and Donate. The donate pile will consist of a microwave cookbook from the late 70’s (did you know you could microwave salmon filets?), a worn out pair of Keds and a novelty cowboy hat that says “Happy New Years’ 2008!” This you can throw in a box in the corner to donate “later”. That box will sit there for six years.

The rest you will try to cram back into the closet like an unwieldy game of Jenga consisting of unopened fondue sets (you never know), old tax returns, barely used gym shoes and more novelty cowboy hats. Use this moment to reminisce on all those other unfinished projects you lost interest in. Remember when you were going to make your own clothes and bought a sewing machine? Yeah, that was a bad idea. Remember when you thought you were going to make a fortune on Itsy by making good luck charms and instead they became sentient curses and you had to bind them with a protection spell and lock them in an oak box on the top shelf? Good times.

60 percent of the fun in dining out is the out part. Yes, do support your local business and order from your favorite Thai place if you have to, but part of the whole point “shelter in place” is that you stay in and not go traipsing about licking handrails while you order to- go for three meals a day. The sooner this is over the sooner we can all go back to blowing sixty bucks on eggs and mimosas and gastro pubs with Dorito crusted scallops.  That’s not fusion, Chef Dominic, that’s a just a terrible, drunken mistake.

In the meantime, get out your apron and spatula and make music in the kitchen! “But,” you say, “My local store is out of everything but scotch tape and peanut butter vodka!” Don’t be a glass of peanut butter vodka half-empty person! And congratulations friend, on not being one of the dum-dums who created this shortage situation and decided you needed 47 bottles of Dijon mustard to last the next two weeks.  As someone who has been both poor and intoxicated, there are plenty of things you can make with the meager contents of your kitchen. Mac and cheese but no milk –add some butter. Bread but no meat and cheese? Throw some ketchup on it. Meat and cheese but no bread? That’s what the fancy folks call a charcuterie board.

If you are lucky enough to possess some of the four food groups, now’s the time to let your inner Ina Garten shine. However, do not follow her example of cooking while barefoot. Grease pops guys, and the wonderful people at the urgent care have more important things to deal with than your second degree foot burns related to chicken Kiev.  Wear socks. Shoes if you can get them.  I’ve got a nice pair of gently worn Keds if you need them.

Yes, I know it’s a shame that the gym you went to on a semiannual basis is closed, denying you the daydream that you would get around to doing thirty minutes of cardio a day. If not for the closure, you would surely resemble a Greek god any day now. I believe you. Fear not, you can always work out from home. Regular exercise reduces stress, according to a headline I skimmed on a website that was aiming to steal my social security number and my genetic code.  Despite what the fat cats at the gym and my sister who sells gym memberships will tell you, you can get a great workout at home. Look at prison inmates! Dig out those weights from the closet (for the love of god, DO NOT let that fondue set fall and break, all you have is cheese now!). Start pumping that iron and in no time you too can look like you’re doing 3 to 5 for grand theft auto.

“But,” you say, “I traded my weights to the intimidating gentleman with the face tattoos selling candy door to door.” No problem. Dancing is a great cardio workout. You can start an online dance party and receive a positive sheaf of Nos from all your friends and co-workers. No matter, you didn’t like them anyway. Surely you have a dog, a cat, or an antique cursed doll that’s down to boogie! Pick something upbeat, like Harry Belafonte or Gangnam Style on repeat until your roommate bangs on the door and offers to burn the house down. They’re just jealous of all the fun you’re having. Maybe you shouldn’t have replied No to the e-vite Todd.  It’s imperative that you pick something bouncy. If Todd walks in and sees you slow dancing with a porcelain doll pressed gently to your cheek while The Verve plays, he will call your mom.

You never call your mother anymore. Your brother calls her all the time, just yesterday he called and said, “Are you alright Mom?” and it was the sweetest thing. But you –she calls and just gets your voicemail. The only time you ever call is when you want to know if salami is still good if you leave it out all night. It’s fine, so long as it wasn’t a hot night. Filled with preservatives. Expiration dates are a suggestion not a law, you kids never got sick.

Stay safe, wash your Manos Hands of Fate, cover your face and stop standing in the middle of the grocery store aisles like a Greek statue. We all need olive oil and not just the fancy one.