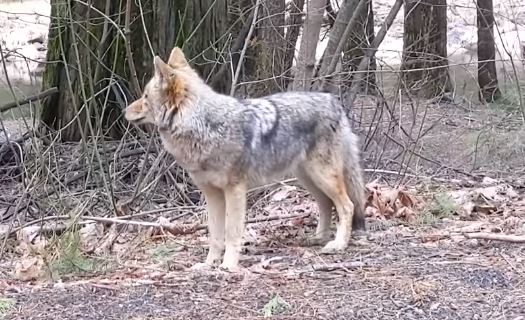 What may be one of the only upsides of not being able to go anywhere is the fact that animals can now roam free. At Yosemite National Park animals are now venturing out where they would usually if only they weren’t afraid of people. Since no one is allowed to camp there you can now find deer safely crossing the street and walking around. Wolves are also freely roaming the bike trails and everything is seemingly as it should be. You can watch this amazing video that Yosemite put out which showcases the animals being about as free as they can while they have full reign over the park.

“While so much has changed for humans in recent weeks, it’s reassuring to see that nature carries on as it always has. Spring seems to be slowly creeping into the valley, the sun finally emerging after a week or two of rain and snow. Waterfalls are gradually picking up momentum, and wildlife is becoming more active, perhaps enjoying having the park mostly to themselves. Relax with us for a moment as we share a peek into Yosemite Valley during the current park closure.”

Yosemite has been closed since March 20th when the government said that it should be. Since that time animals have been wandering out farther then usual and they have captured some pretty amazing moments on film. If you want to follow them for more videos on Facebook you can by clicking on the link here and liking their page.