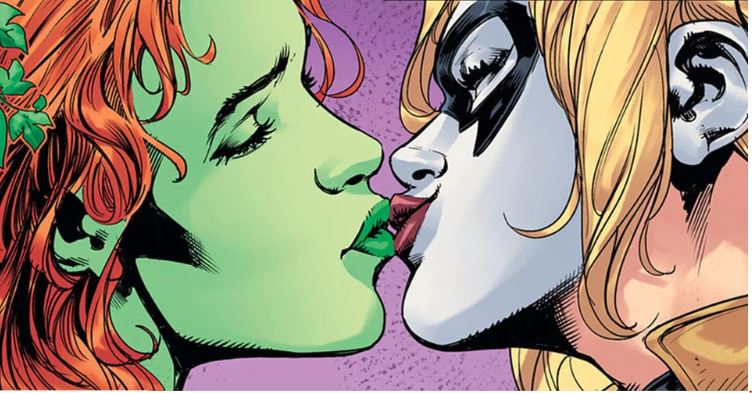 Something that personally I have been waiting for has finally been addressed. Cathy Yan the director of Birds of Prey has stated that in the sequel should there ever be one she wants to see a Harley Quinn x Poison Ivy romance. In an interview with The Wrap she said, “I would love to see Poison Ivy and I would certainly love to see the relationship between Harley Quinn and Poison Ivy.” Which makes all the guys and bis and lesbians in the room stand up and say, YES PLEASE.

Harley Quinn and Poison Ivy have been a fan favorite couple for a long time now. First hitting it off in the comics Ivy was always more than just a rebound for Joker. She is who many believe to be the Yin to Harley’s Yang. They both bring different energy and they seem to balance each other out.

The history of the couple goes almost as far back as Harley herself. She started as a character in Batman The Animated Series where she quickly gained popularity. Their relationship as a duo started back in the first season in the episode Harley and Ivy where they team up after Joker kicks out Harley. The episode has a couple of sly hints that they are more than just friends and creators Bruce Timm and Paul Dini have been open to the idea of their romance.

Margot Robbie has also said that she’d be on board for exploring more in the realm of Harley and Ivy’s relationship. “One [character] been pushing for as long as I’ve been pushing for this film is Poison Ivy,” Robbie told /Film. “I mean, there’s two versions of that, you know, with some comics, it’s friendship, some comics, it’s romantic. Either way, I want to explore that because I just I love their relationship so much in the comics.”

So now we just wait for that sequel announcement. Hopefully something will happen soon after the coronavirus is under control and we will get to see Harley once again on the big screen.