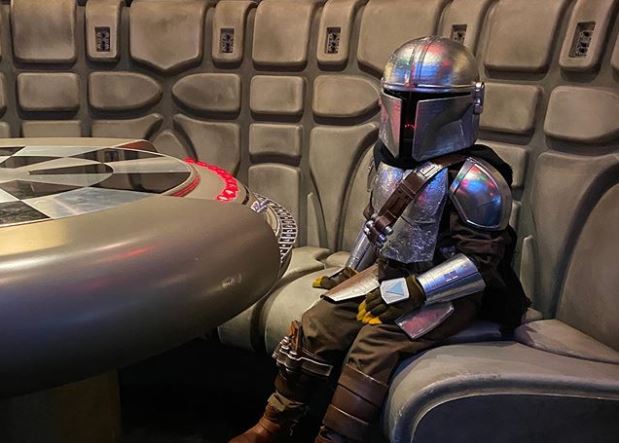 Logan Dominic Winters, or at least that’s what his name is on his Instagram, is taking the world by storm. Or rather Disneyland when he debuted his cool new Mandalorian outfit complete with baby yoda. That day was magical and he was even recruited by Kylo Ren in the park!

“there is a resistance spy in this outpost, you won’t around suspicion.” Kylo tries hard for him to serve the darkside. But could anything this adorable really be bad?

Now when kids cosplay it’s usually because they are very interested in the character. And have really cool parents. I’ve tried to make my daughter some cosplay outfits but usually just end up buying them off Etsy or slap together something really simple. Logan’s parents however are next level awesome.

His father(also named Logan) told Mashable recently that it’s completely hand made. “The armor is 3D printed,” he said. “Painted and weathered everything.”

This would be one of the greatest things to see at Disneyland. They already sell little rebel flight suits at the park. This would be such a cute encounter. Especially if your kid was dressed up as well. Kids are the future after all, and could be exactly what we need to take down the empire.